Dutch millionaires are more generous than previously thought, according to research commissioned by ABN AMRO MeesPierson, the Netherlands-based arm of ABN AMRO Private Banking. This bears out the general picture of a generous society in which, according to a 2011 report, 85 per cent of households give.

The research looked at bank clients with a net worth of €1 million or more. Respondents have an average wealth of €4.7 million; 98 per cent are philanthropically active. The report, From Wealth to Change, distinguishes four types of philanthropist: the entrepreneur, the manager, the guide and the consumer. These labels allow philanthropists to position themselves and stimulate dialogue among them. 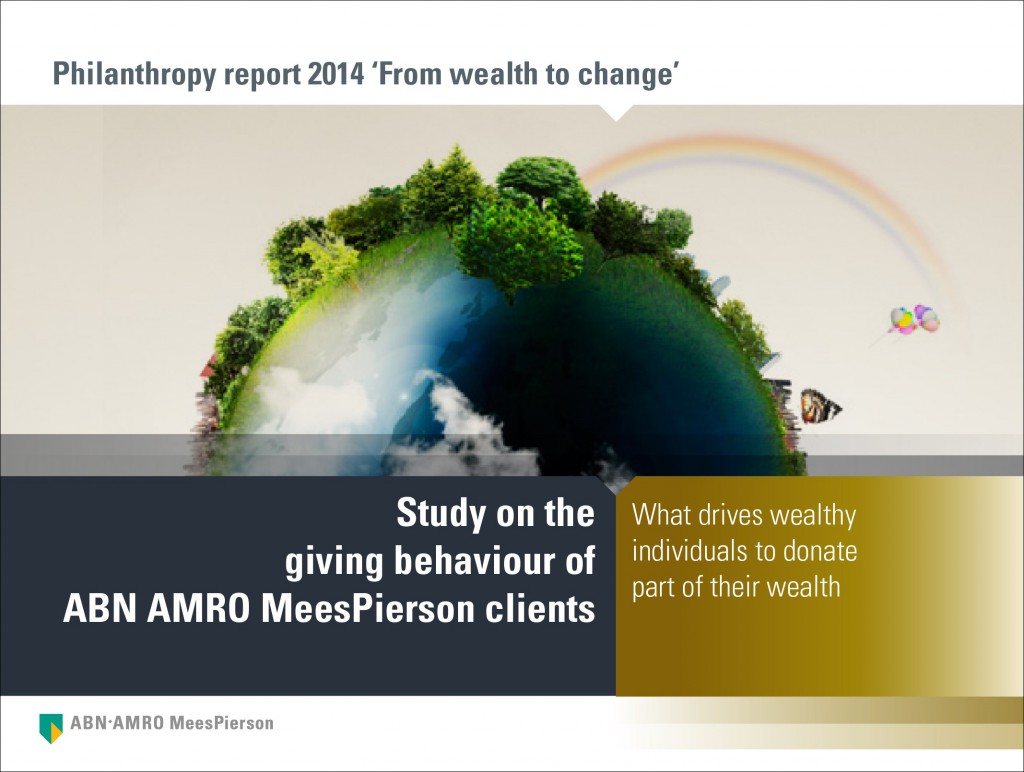 There are four very striking findings from the research.

Though there is no definite relationship between philanthropy and responsible investing, there is a broad interest in the use of both to produce meaningful social impact. Forty six per cent of respondents invest responsibly and 80 per cent are interested in learning more about social enterprises. We expect responsible investing to grow significantly in the near future.