NEF – Religion and democracy a growing debate in Europe

The NEF Religion and Democracy initiative has raised a lot of interest among the public, as the recent publication of three reports and the increasing demand for them demonstrate. The three reports address the debates around education, health and the building of mosques in Europe. A fourth report, on religion and prejudice, will be published shortly. 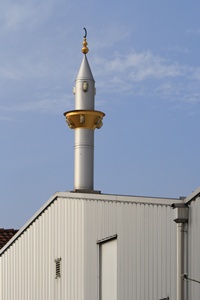 In particular, Stefano Allievi’s report on Conflicts Over Mosques in Europe, with its timely release just before the results of the Swiss Referendum banning the construction of minarets, has been the object of articles in influential European newspapers such as L’Espresso, Il Corriere della Sera, El Pais and La Croix, among others. This issue has taken centre-stage in the debate all across Europe, with strong reactions in Italy, France and the UK.

There is a case for NEF to continue to expand the work that has been carried out in this area, as all aspects of ‘plurality’ will acquire more prominence in the future. In addition to mosques, the whole question of symbols and the presence of religion in the public space (such as religious symbols in sports) will continue to be the object of political discussion in Europe. The translation of Conflicts Over Mosques into different languages, such as Italian, will increase its dissemination, as will the publication of the national studies that have underpinned the research.