What would EU founding father Jean Monnet do today, in the light of the sovereign debt crisis in Europe, seen by many as a deeper crisis of our societies, exposing an overall lack of orientation of and within the European Union? This was a question the 13 members of NEF have been trying to answer, as we are devising a relevant initiative for NEF’s tenth anniversary in 2012. 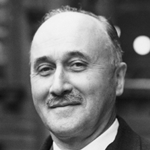 The answer, albeit speculative: Jean Monnet (pictured) would probably see this as another key moment to convene people to a historical conference. Like six decades ago, he and his kind would invite unlikely allies to identify their common interests. Together, they would get to an understanding of the common priorities that guide them into the future. They would articulate how the EU differentiates itself globally and in the long run.

NEF members realized that such historical talks today would require a fundamentally revised guest list. Instead of asking policymakers to sit down with policymakers, or civil servants with civil servants, the actual diplomatic challenge in 2012 is of a different kind. It is arguably to bridge the world of European politics with the bustling world of innovation outside of politics – from alternative economics to alternative energy, from urban farming to sustainable banking, from Occupy camps to ‘Open Space’ conventions.

Convinced that EU integration is too good to fail, NEF is taking on this ambitious act of unconventional diplomacy in its anniversary year – preparing for bridges built within Europe, facilitating a much-needed rapprochement between what we call ‘the tribes of our times’.