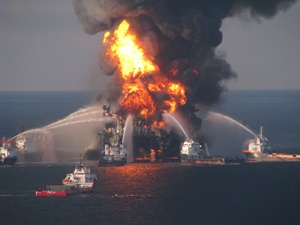 The response of donors, both individual and institutional, to the Gulf Coast oil spill has been muted in comparison with other major disasters. According to Melissa Berman of Rockefeller Philanthropy Advisors (RPA), the two major reasons for this are that the US government has not declared the spill a federal disaster, and that people see BP as responsible and believe it should also be responsible for repairing the damage.

Most observers agree. There is in fact a $20 billion escrow fund for aid set up by BP and the Obama administration but, says Larry Snyder of Catholic Charities USA, ‘it’s going to be quite a while before anybody sees any of that money’. Meanwhile, people need help urgently. LaTosha Brown of the Gulf Coast Fund for Community Renewal and Ecological Health Board, which was set up by RPA, adds: ‘Many people believe that BP will fully pay for the relief and recovery, but given the scale of the disaster and BP’s transparency to date, that promise can’t be counted on.’

The Gulf Coast Fund, which was set up after Hurricane Katrina to help restore and revitalize the region by supporting and convening local community leaders and grassroots organizations, is helping to coordinate the philanthropic response to the spill. In late June, it had distributed approximately $155,000 in emergency grants to 27 non-profit groups.

Mention of Katrina, however, puts the donor response to the oil spill in perspective. Take the case of Catholic Charities USA. In the weeks following Katrina, the charity received more than $160 million in donations. In the weeks since the BP oil spill, up to late July, the group received a mere $37,000. The Greater New Orleans Foundation had raised $250,000 between 20 April and 21 July – about a fifth of what it raised in the corresponding period after Katrina, despite a major marketing campaign. It was left to the X Foundation to make a response commensurate to the disaster, announcing in June that it was offering a $10 million prize for ideas on how to plug the leak in the Deepwater Horizon oil well.

Generally, however, the response from foundations has been disappointing. At a congressional hearing on charitable giving in the Gulf Coast region last month, Atlanta congressman John Lewis expressed concern at the poor response. Congress would be ‘watching closely to see that the organizations and groups that enjoy tax-exempt status are doing their part’, he said.

Donations of time and skills have been more generous. The NonProfit Times reported on 6 July that the Points of Light Institute/HandsOn Network hopes to recruit and train 10,000 volunteer leaders and mobilize 50,000 volunteers to support the Gulf Coast region’s environmental and economic recovery. HandsOn will conduct a series of on-the-ground and virtual ‘boot camps’ to train volunteer leaders to manage others and develop projects such as job retraining and job search clinics; restoring parks and open spaces; and assisting small businesses to recoup losses or improve business sustainability. There are already 13 HandsOn Action Centers at work in affected states of Alabama, Mississippi, Florida and Louisiana.

Meanwhile, matters in the Gulf are finely balanced, argues LaTosha Brown. Great strides have been made in the region over the past five years, but the worst environmental disaster in US history has happened at a time when funders are beginning to turn their attention elsewhere. With more long-term investment, she suggests, ‘the Gulf will not only recover, but will serve as a model for the nation’.