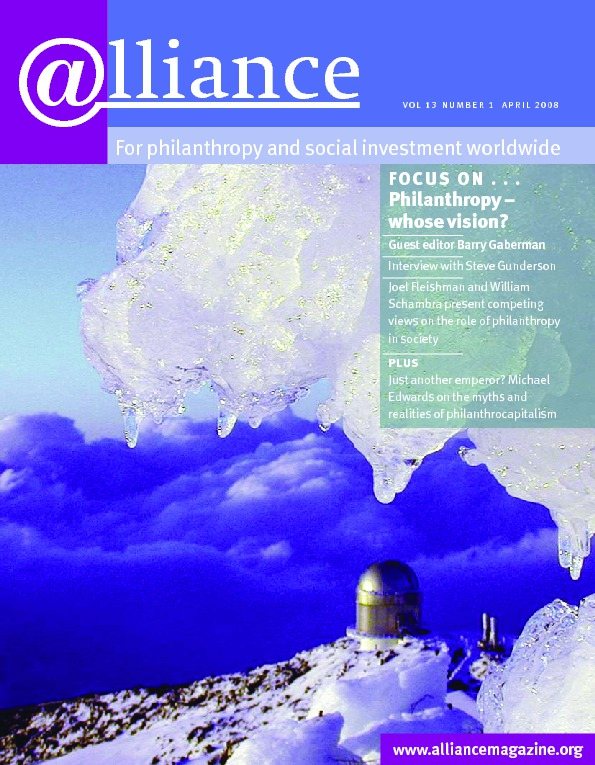 New research[1] has for the first time compared family foundation giving in the US, the UK and the rest of Europe. It shows that at around £30.5 million, the average annual giving of the largest 100 family foundations in the US is three and a half times that in the UK, and two and a half times that in Europe. However, the research also found that the largest 100 family foundations in the UK make a much higher contribution both to total foundation giving and to GDP than those in the US and the rest of Europe.
The research focused on the largest 100 family foundations because it was feasible to collect reasonably comparable giving data on them. It is not difficult to see the importance of stellar donors to philanthropy in Europe and the US recently – Bill Gates, the Rausings, Tom Hunter, George Soros, Charles Schwab and many others. It is far more difficult to measure if we are actually becoming more generous as a society and giving more. The research aimed to provide a benchmark for current and future trends, and hopefully to encourage more giving.
What explains the international differences in family foundation giving? It might be that in US culture such philanthropy is expected and celebrated, while in Europe different, social democratic traditions have emphasized greater public redistribution of wealth. Another reason may be the differences in international tax regimes. The US has particularly beneficial personal income tax breaks for charitable gifts. National differences in wealth need to be considered too, since per capita GDP is higher in the US than in the UK and the rest of Europe.
However that may be, family foundations have great potential to create cultures of giving and lasting legacies. As their numbers grow, they are increasingly attracting dedicated donor advisory services. Future research will monitor whether giving is growing too.
1  Family Foundation Philanthropy was written by Cathy Pharoah and funded by the Pears Foundation.
To download the report
http://www.centreforcharityeffectiveness.org