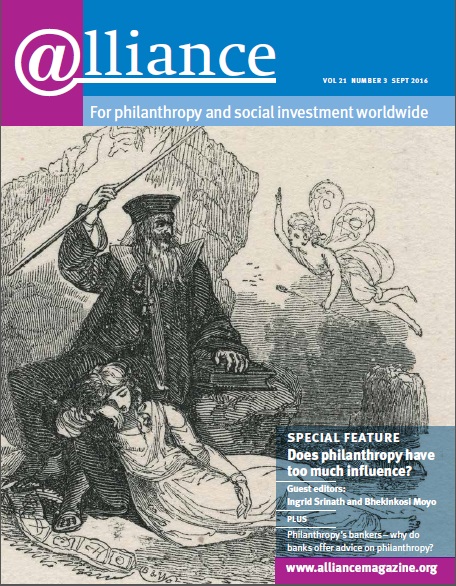 US charitable giving rose by $373.3 billion in 2015, with international causes seeing the biggest growth in donations.

The estimates, based on research conducted at Indiana University’s Lilly Family School of Philanthropy, show a rise of 4 per cent overall from 2014. The most spectacular jump is in giving to international affairs organizations with a 17.4 per cent rise in donations to $15.8 billion. Though the greatest proportional rise was in foundation giving, which rose 6.3 per cent from the previous year, individuals gave the lion’s share. They contributed $264.6 billion, 71 per cent of total donations. 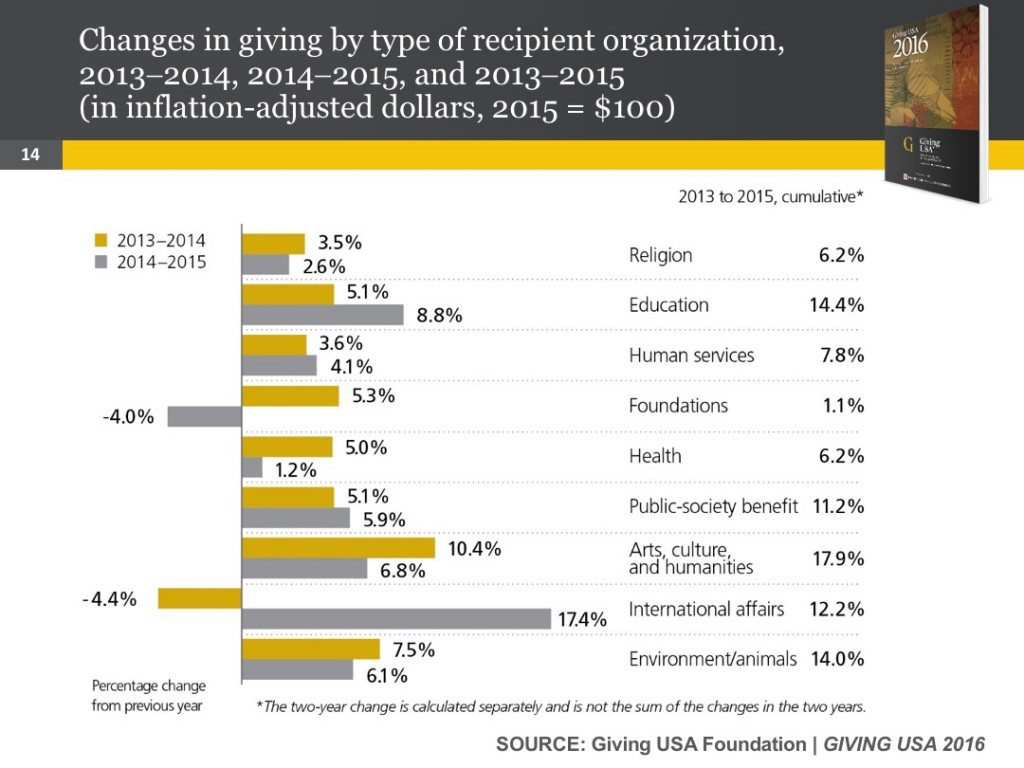 This growth in overseas giving seems to be a response to international crises, including the Nepal earthquake, the Syrian refugee crisis and other well-publicized humanitarian disasters. US overseas giving has also been simplified by the so-called equivalency determination process, which determines whether grants can be made to overseas NGOs on the same terms as they can to domestic ones.

The recent growth in giving may, however, be slowing down. While the 2015 results set a record for the second year in a row, the rise was smaller than in 2014, when giving grew by 6.1 per cent over the previous year.