Hewlett Foundation to step up its climate funding – by $600m

A new survey by Exponent Philanthropy shows most of its members (82 per cent) expect the institution of philanthropy to play a more important role in society because of political changes in Washington DC.

Issued in late March 2017 to Exponent Philanthropy’s members – foundations with few or no staff, philanthropic families, and individual donors – the survey looked at how changes today in politics may impact on philanthropic behaviour in the year ahead, both in terms of giving practices and investments. 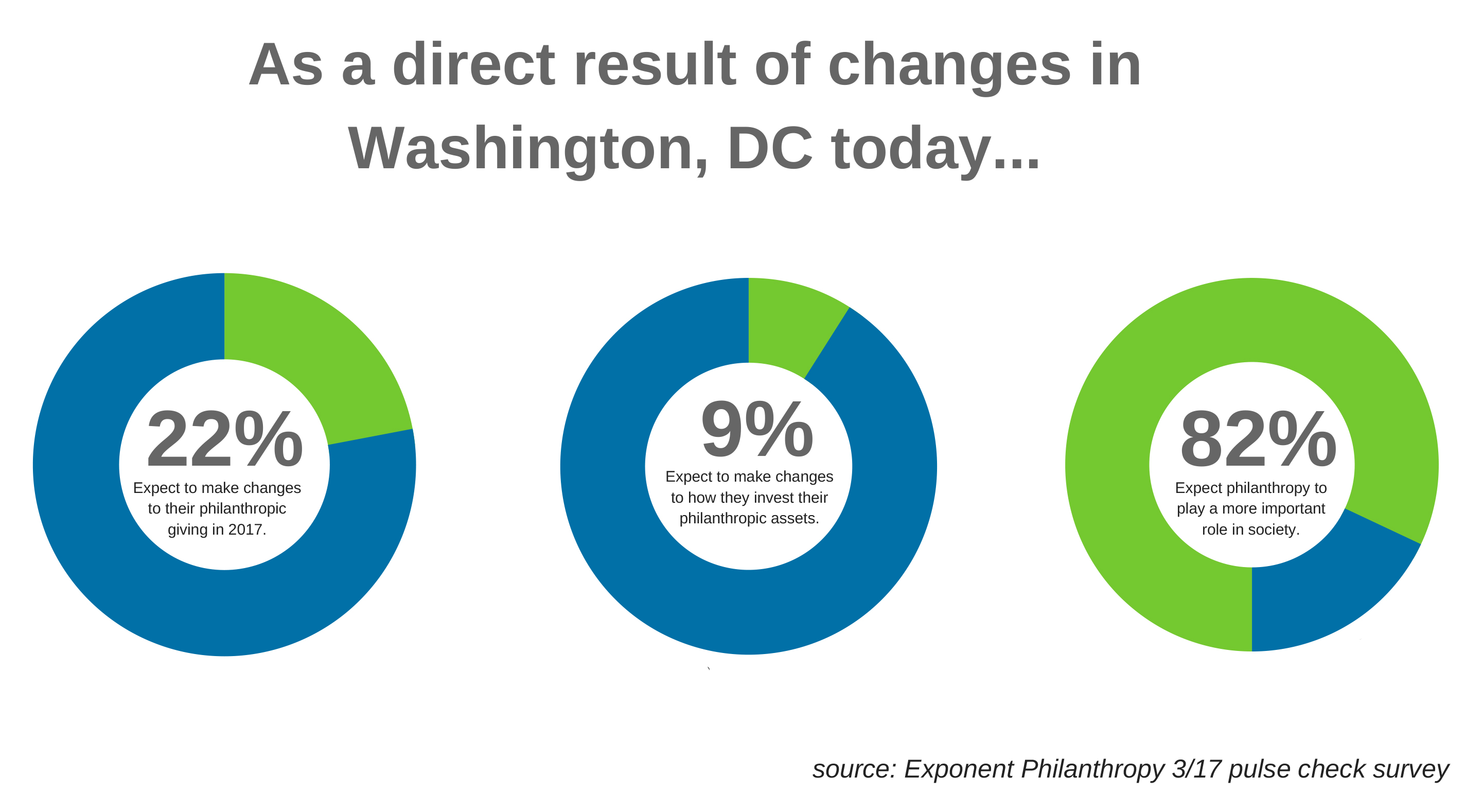 ‘Our members have made it clear that regardless of their political leanings, as grantmakers, they care about and are impacted by what is happening in government today,’ comments Henry L. Berman, Exponent Philanthropy’s chief executive officer.

‘The percentage of members who expect to make changes to their philanthropy because of current events is significant. Whether someone sees these changes as rife with risk or possibility, this survey demonstrates a shared commitment among philanthropists to make the world a better place.’

Major findings from the survey include: