Advisers’ perspectives: From ten years in, looking ten years out

This year marks the tenth anniversary of the launch of Rockefeller Philanthropy Advisors as an independent non-profit. Before 2002, we were a service within the Rockefeller family office, working with members of the Rockefeller family and their co-investors. The spin-out into an independent non-profit gave us a neutral platform to work with donors regardless of where they invested. What has changed in the world of philanthropy in those ten years?

We’re not the only philanthropy service to be thriving. With donor services now available in various places in Latin America, Europe, Asia, the Middle East and Africa, it feels more and more like we’re part of a real profession. And that’s a great development in the last decade because it indicates how many people now recognize that even though philanthropy emerges from the heart and soul, it can be shaped and directed by the head and well-trained hands.

The practice of philanthropy has begun a sea change in the last decade, one that may take at least the next decade to be fully resolved. From our vantage point, we see emerging a global culture of giving. Several forces drive this development. First, flows of technology, travel and capital have created an explosion of awareness about global issues around the globe, such as AIDS, poverty and lack of education, as well as an awareness that certain issues are global, such as climate change, migration and terrorism.

Second, many countries have reassessed the role of the public sector, either from belief or out of necessity. In many places government resources are shrinking. More critically, the belief that governments and multilateral institutions will solve problems has been deeply shaken and often abandoned.

A new set of expectations has emerged from these changes. First is that the ultra-wealthy should be actively involved in philanthropy – not just generous, but informed and committed. Second, we now look outside the governmental and policy sectors – whether to for-profit or non-profit or hybrid organizations – for innovation and change. In fact, we are redefining philanthropy to include impact investing, social enterprise and crowd-sourcing.

What are the indicators of this global culture of giving? Think about all the philanthropy services that banks, multi-family offices, consulting firms and other service providers now offer on virtually every continent. Note that the World Economic Forum now has sessions on philanthropy and impact investing. Look at the reaction that the Giving Pledge is getting around the world: it may be criticized in some places, but it’s being discussed. The idea of not passing all one’s wealth on to children used to be largely an American one, but now we hear people from many cultures and regions express an intention to apply a significant amount of their wealth to social change rather than dynastic strength.

These donors are getting involved earlier in their lives, and bringing their intellectual, social and human capital along with their financial capital. They are willing to make big bets – but they are focused on measurable results, leverage and scale.

As this global culture of giving spreads over the next decade, we’ll be faced with some fascinating challenges and opportunities. Among the risks we need be aware of is the sad fact that impact assessment is still more an art than a science. If we can’t move that field further forward, many new donors will walk away in frustration (and many billions in funding will leave no trace behind). There will certainly be too many new programmes created by the desire to be innovative, and we’ll have to try to refocus the discussion on what’s effective. And expectations for philanthropy may be unrealistic. Most of the money for social change is still in the public sector. 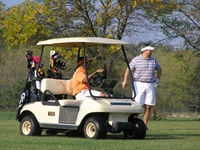 But the positive developments could be remarkable. With some good stories to tell and some real results to graph, the global culture of giving could expand rapidly in a virtuous cycle, spread by the technologies of social media – along with older technologies like conversations on golf courses.