From tragedies to transformation: Using a racial justice lens in global grantmaking

Giving for Covid-19 in first half of 2020 amounted to record-breaking $11.9 billion, but there are gaps

Dr Tedros: There is great potential and need for philanthropy to partner with the global health field

Imagine a young woman with children in a dangerous domestic situation. Every moment she stays she risks further harm to herself and her children, harm that not even time can heal. Her abuser has promised time and again to change. Would you advise medical care and counselling, perhaps some training to equip her with skills to better make her case for why the situation should change? Or would you advise getting the hell out as quickly as possible? Which course of action do you think would be more likely to cause the abuser to change?

I think I know the answer. Which is why I am amazed that when the dangerous domestic situation is not interpersonal, but community-wide, philanthropy seems always to favour voice and never exit. 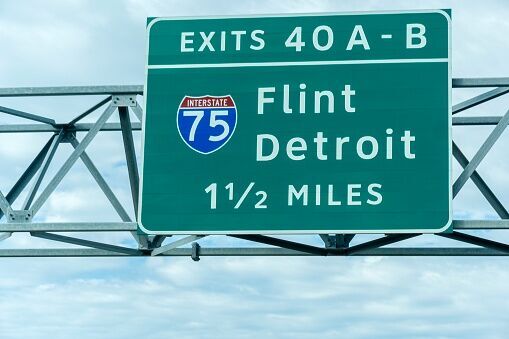 Albert Hirschman, a giant of social science, was the originator of the categories of voice and exit to describe the choices available when in a situation that must change. We can raise our voices to demand change, or we can leave.

The general perception in philanthropy is that exit is ‘giving up’ and if people exit then nothing will change (and may in fact get worse for those left behind).

I’ve been thinking about exit and voice in philanthropy lately because of Flint, Michigan. As I wrote in the last issue of Alliance, Flint is a city where pervasive systemic failures have led to the city’s water being literally poisoned, on top of having one of the highest crime rates and lowest performing education systems in the US. In a very real sense, every mother in Flint is facing the situation described in the first paragraph. But exit for a low-income mother is tough. Because of the longstanding economic depression in Flint it’s unlikely that she would have the assets to fund a move. Even if she owned a house, she couldn’t sell it (who would buy a house in a place with toxic water?).

A group of foundations, led by the Mott Foundation, headquartered in Flint, have pledged more than $100 million in new funding to address the water crisis in Flint and its aftermath (though as far as I can tell none of the foundations are increasing their overall grant budget beyond the imaginary but solid 5 per cent ceiling). While some of the funds are dedicated to increasing the voice of Flint community members, none is dedicated to helping people exit.

The general perception in philanthropy is that exit is ‘giving up’ and if people exit then nothing will change (and may in fact get worse for those left behind). That’s where Hirschman is again so useful. Exit is in fact a good strategy for effecting change, even in political situations.

Imagine the attention that Flint would get if leading foundations started helping people leave. Such a strategy, publicly announced, would do more to draw attention to the abject failures of government in Flint than any money foundations could give to ameliorate the problem.

What about those who are left behind? Exit can help them too. As Hirschman saw, often the voice of those who stay behind is more powerful because they are perceived as ‘more loyal’ and less radical, so existing powers may be more willing to work with them. Where we are able to study the impact of what is often called ‘brain drain’ we see the opposite of harm: communities benefit and tend to invest more in things like education and development when exit is a real option. It is possible that those left behind will be harmed, but it is certain that a child in an area with toxic water and underperforming schools, and little evidence that government is willing to make the necessary changes, will be harmed. The idea that we should cause everyone in Flint to suffer because some may experience relatively greater harm is equivalent to saying that the grandparents and great-grandparents of current Flint residents should not have been allowed to migrate out of the segregationist South.

Economists tend to focus on exit, as that is the primary way markets work (buyers exit by choosing a competitor). Political scientists, on the other hand, tend to focus on voice, because voice is a highly visible political process.

In a context like Flint, we have to seriously consider that investing in voice is the conservative approach to a problem that needs radicalism.  While I generally disagree with the Marxist critique that philanthropy does just enough to alleviate suffering to prevent revolution and salve the consciences of the well off, I do think it contains truth in cases such as Flint.

We have ample evidence that ‘moving to opportunity’ works, especially for young children [1]. If foundations are to be ‘America’s passing gear’, as they were once called, perhaps it’s time for some foundations to fund exit via movement, and therefore change.

Timothy Ogden is executive partner of Sona Partners and a contributing editor to Alliance. Email timothy.ogden@sonapartners.com.

Is there any value in imposing annual payouts?