Co-creating a new narrative for philanthropy in Europe

Alliance magazine travelled outside of London in late May to host a quarterly Breakfast Club in partnership with WINGS at the EFC Conference in Brussels, Belgium. The mission was to illuminate philanthropy’s global infrastructure to an audience of European (and beyond) attendees, providing answers – as well as questions – as to how philanthropy can do its job better. 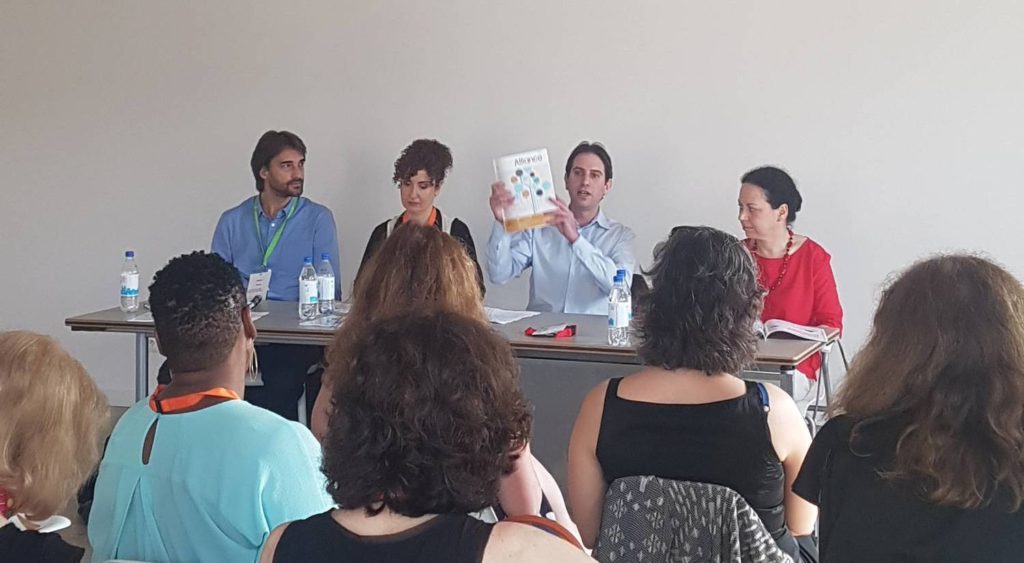 This panel sought to expand on the questions raised in Alliance‘s special feature. What is the contribution of philanthropy’s infrastructure to the development of the field? Why have funders been so traditionally reticent to invest in its development? Could this be about to change?

For more on the Breakfast Club:

‘I strongly believe that current changes in philanthropy are huge and could be sustained, or taken advantage of, if not for infrastructure,’ began Chertok. ‘But the current attitude to it is limited.’ If infrastructure were at the very centre of philanthropy, then it would break out of the cycle of simply competing for service. However, as a structural foundation to the centre, its necessity can also become its invisibility. ‘It can be difficult to say what infrastructure achieves – we only see it when it goes wrong.’ 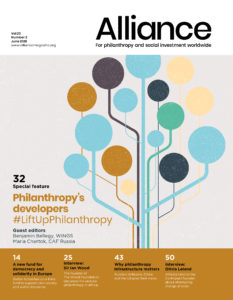 Bellegy began his opening statement by asking the room of philanthropy professionals ‘what kind of ecosystem do we want?’ With infrastructure having been incarnated historically with institutions such as the EFC, Bellegy stated that the ‘field has been diversifying in the last ten or fifteen years, giving us a very diverse ecosystem today.’

Yet, with a diversifying field, should our language not be shaped by this change? ‘Maybe ‘infrastructure’ is an outdated term,’ said Bellegy. ‘Structure is static, and has no active role. For example, roads are infrastructure that allow for cars, but they don’t make cars intelligent.’ The idea of ‘infrastructure’ and its role within philanthropy has historically been about defending the space – ‘but there should be laws to expand philanthropy, not just to protect it.’

Referred to during the panel discussion was a piece in Alliance‘s special feature by Ridgway White, President of the Charles Stewart Mott Foundation. While maintaining philanthropy is a constant, not all foundations are favourable to funding infrastructure. ‘This needs to become a global conversation,’ said Bellegy. ‘This is a sensitive topic in Europe, but there is funders’ fatigue. We need a collective conversation toward  more efficient and stronger ecosystem.’

As someone who has benefited enormously from the new @atlanticfellows program, it's great to hear @EsasSosyal championing the funding of fellowships as a key means of investing in the future of philanthropy @Alliancemag @wings_info #PhilanthropyWorks #LiftUpPhilanthropy pic.twitter.com/Rjvsxju3jb

Filiz Bikmen said that ‘the world has changed, and so has the sector around it… the sector needs specificity.’ Bikmen outlined five points for philanthropy’s infrastructure-led future:

Bikmen also raised the question of social business – if social enterprises reach more people as a social service, instead of as a philanthropy, by refusing to develop are we limiting ourselves?

With a need for concerted thought and action, then creating and maintaining a robust and supportive ecosystem should be essential to sustaining a strong philanthropic sector and a vibrant civil society.

Questions were asked as to how best to incorporate as many spaces and ideas into infrastructure. Rose Longhust, Atlantic Fellow for Social and Economic Equity, asked how academia fits into infrastructure, whilst Élodie Dessy, PhD Candidate at the Centre for Social Economy at HEC Liège,  pondered on the accessibility for young people to enter this ecosystem. Chertok agreed and stated that ‘young people give much more effectively than ever before.’ Natalie Ross, Vice President of External Relations at Council on Foundations spoke of the competitive space that philanthropy infrastructure inhabits, where CoF have ‘rethought everything about organisation and membership in the last six years’, such as ‘what are the broad and yet aligned strokes to justify paid membership’.

Jen Bokoff, Director of Stakeholder Engagement at Foundation Center, also reiterated the need for growing and evolving, but that reach and invention are difficult. Barry Knight opined that ‘philanthropy is evolving and in exciting ways, such as through its global reach – but that infrastructure is stuck in geography.’ Provision is needed in an imbalanced sector where 80 per cent of infrastructure funding goes to the US. Exciting things are happening in ‘the Global South and they lack infrastructure,’ said Knight. ‘We need a coordinating force.’ Knight and Oksana Oracheva, general director of the Vladimir Potanin Foundation wrote a piece for Alliance on this topic.

If it is the responsibility of everyone to share what they do and communicate outcomes rather than just activities, then further research on infrastructure is critical. With a need for concerted thought and action, then creating and maintaining a robust and supportive ecosystem should be essential to sustaining a strong philanthropic sector and a vibrant civil society. As Maria Chertok summarised at the end of this Brussels Breakfast Club: ‘Unless you believe in systems, you cannot transcend them.’

To watch the full recording of the panel debate, click here