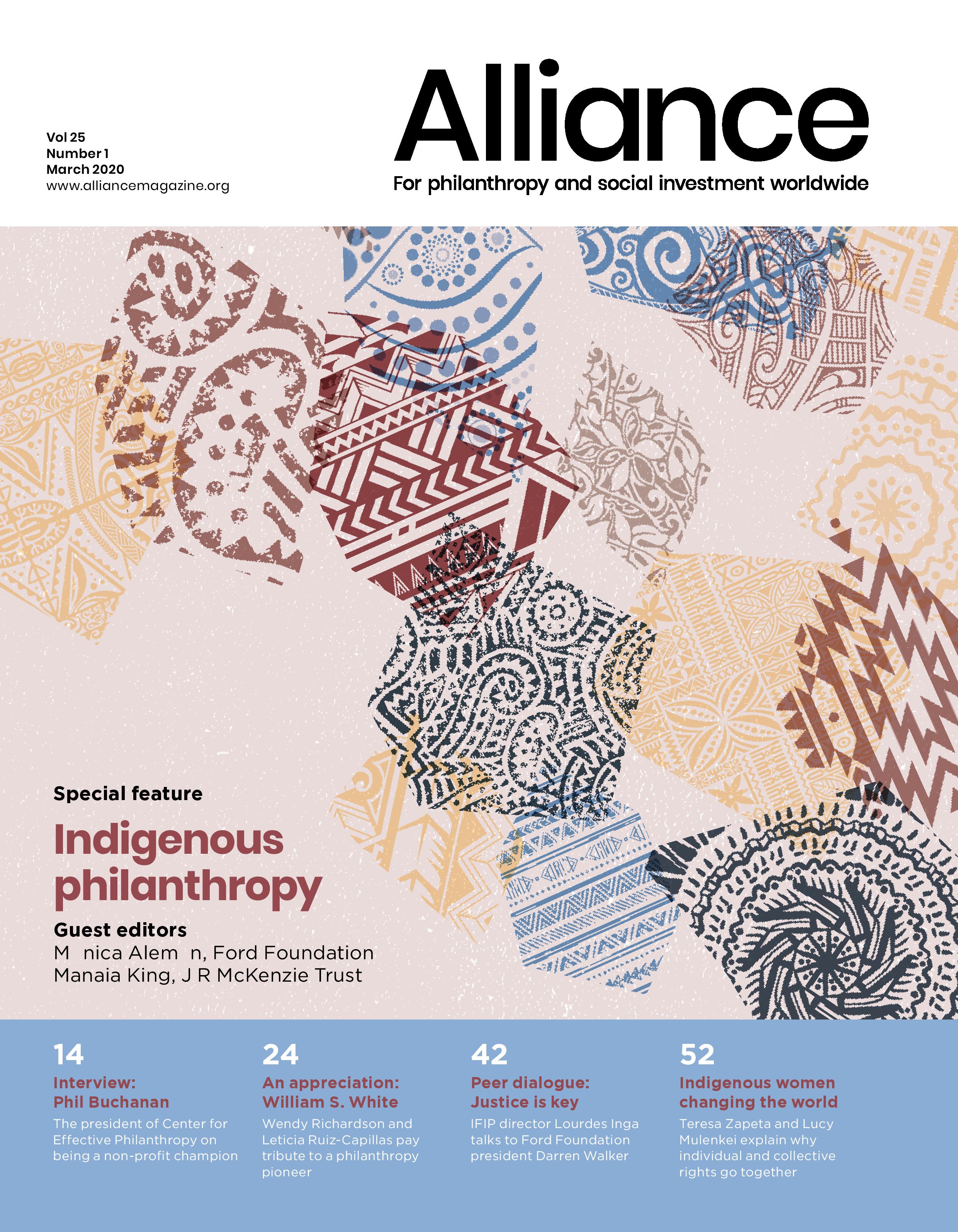 ‘We know the system is broken – if it wasn’t, we wouldn’t be here.’

As the ground shifts under our feet, the foundation sector has some major issues to face in the 2020s. In a UK context, the following are among the most pressing

Civil society will face many challenges over the next ten years. Foundations, with their financial clout, privileges and independence, have the opportunity to lead the response in both their own practice and by supporting others. Here, I suggest four challenges from my UK vantage point that are emerging as the most urgent to address in the 2020s.

No foundation can afford (in any sense of the word) to ignore its responsibility to actively consider the environment in every aspect of its work.

Climate crisis
The fact that 400 foundation representatives attended the Association of Charitable Foundations’ (ACF) annual conference on the theme of climate in November 2019 reflects mounting public concern over the climate crisis. In the following month, the attracted 30 signatories, but there is still a long way to go before foundations can claim to be at the forefront of a response.

The climate crisis has implications for individual foundations and for the sector as a whole, from the design and delivery of grantmaking programmes (£3.5 billion in the UK last year), to the way they invest their £65 billion in assets. No foundation can afford (in any sense of the word) to ignore its responsibility to actively consider the environment in every aspect of its work. As ACF’s CEO, Carol Mack said in her conference speech: ‘If we prevaricate, we could find ourselves on the wrong side of history when it comes to the climate crisis.’

Given the inherent freedoms and flexibility in how they allocate their resources, shouldn’t foundations be leading on this issue? Over the next decade, I hope we will see more foundations doing so, helping to facilitate and resource the ‘cathedral thinking’ on this global emergency that Greta Thunberg, along with hundreds of thousands of other young people taking part in the school strikes movement, has called for.

Diversity gap
The foundation sector will also start the new decade facing scrutiny over its own legitimacy and effectiveness. The #CharitySoWhite movement and the findings of ACF’s research have highlighted a lack of diversity as a significant concern. In terms of ethnicity at board level, the sector is probably not only the least diverse part of the charity sector, but the least diverse of any sector. As ACF trustee, Fozia Irfan said recently: ‘Ninety-nine per cent of trustees in the foundation sector are white, which is an absolutely shocking statistic, especially when you contrast that with the fact that the majority of their funds are going to communities that are extremely diverse.’

How are foundations responding to this? We are encouraged to see that some have taken the recommendations of ACF’s 2019 report on Diversity, Equity and Inclusion to their boards. The newly launched DEI Coalition, the Funders for Race Equality Alliance, the 2027 initiative and ACF’s own DEI programme will all make an impact in the years ahead. But an early test for the new decade will be whether foundations turn talk into action.

A question of truth
As independent charities, largely free of the constraints that sometimes curtail others, foundations not only have the potential but perhaps also the moral imperative to speak out on the issues they care about, and to amplify the voices of others seeking to do the same. The demise of truth in public and political discourse, at times exacerbated by changing patterns of news consumption, should therefore be a concern for all who care about rights, justice and equality.

It’s perhaps clearer than ever that in the 2020s, foundations can make a vital contribution to society by supporting independent fact-based evidence and information. Many already do so, funding the salaries of journalists and researchers, supporting advocacy organisations and backing unpopular causes. More foundations are thinking about their voice as a tool for impact, recognising that silence is a strategic act rather than a neutral stance.

Preservation and protection
Meanwhile, though many foundations concentrate their efforts on discovery and innovation, others are turning their attention to preservation. As Rhodri Davies of CAF said recently in an article for the British Academy, ‘the role of philanthropy is just as much about defending progress we’ve already made as about driving society in new directions. At a time when many hard-won advances are under threat, this seems particularly important.’

The next decade is likely to be one of the most challenging for civil society, and foundations must be ready to respond.

The relationship of many foundations to the state is changing at pace. Gone are the days of piloting a new approach and making the case to government to scale it up and roll it out. For many, the choice is either to fill a few gaps as the state retreats, attempt to bind together the threads of civil society’s tapestry, or turn their efforts to resistance. As ACF trustee Anthony Tomei asked recently in a speech to the European Foundation Centre: ‘For most of the past 30 years we in Europe have had social democratic governments whose objectives were largely in tune with those of foundations… In 2019 the picture looks different…Will foundations use their resources to try to change or even oppose government policies?’

In the context of each of these issues – climate, diversity, truth and preservation – the next decade is likely to be one of the most challenging for civil society, and foundations must be ready to respond.

Double advantage: To be effective, Indigenous peoples’ movement must give women a greater role