If the old vessel is foundering, don’t cling to the wreckage – build a new boat

In 2011, Zambia was classified as a low-middle-income country, which had many economic and other implications for the country. Among the most visible implications was the progressive withdrawal of international aid, a trend which has continued unabated since 2011 despite the fact that more than 60 per cent of the Zambian population lives below the poverty line. 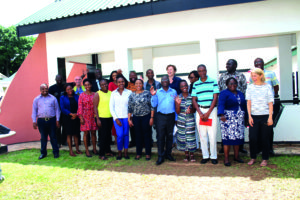 Barbara Nöst and the ZGF team.

Hitting a nerve
Community philanthropy is a new world for us. Our first encounter with it was when our board chairperson, Beatrice Grillo, met the executive director of the Global Fund for Community Foundations (GFCF), Jenny Hodgson, during the international civil society week in Bogotá in May 2016. This led to a visit by Jenny to Zambia in October 2016 and our participation in the first ever Global Summit on Community Philanthropy in Johannesburg in December 2016. The global summit was an eye-opener, greatly boosting our morale and helping us to have a more positive outlook on what development actors can do to counter the challenges presented by a fast-changing aid landscape. We were intrigued by the underlying concepts, the new approaches and the different interpretations of community philanthropy by community foundations across the globe. What also caught our attention was how community philanthropy practitioners and advocates diagnosed the various aspects of traditional development aid structures and funding flows as being inadequate to bring about lasting positive change at community level. The analysis and the frank testimonies of individual civil society leaders and advocates of community philanthropy hit a nerve with us.

We had been feeling increasing uneasiness with the delivery of traditional aid and found ourselves, as a civil society support organization, caught up in something we no longer want to be part of: a system we believe is flawed, where there is a power imbalance between donors and recipients, and inadequate structures and funding procedures. It stimulated organizational soul-searching and raised the question: what do you do to challenge the system while still benefitting from it? 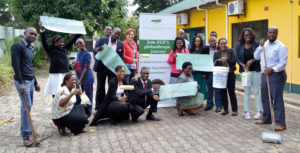 A multitude of approaches
The summit also gave us an opportunity to learn from the many creative approaches employed by grassroots NGOs and community foundations from various continents. While many community foundations have emerged in different shapes and forms in other continents, we also realized that community foundations in Africa continue to be few and far between. Particularly, one community foundation, the Kenya Community Development Foundation (KCDF), caught our attention because of the similarities to our aspirations towards greater donor sustainability, their approach to community-led development supported by community endowment funds and the separation between the community foundation and investment arm. Interaction with them reassured us in our quest for organizational transformation as we redefined our role as a foundation in the Zambian context. The emerging debate on community philanthropy in the African region resonated with ZGF’s ambition to become more self-sufficient and sustainable not just because of dissatisfaction with traditional development financing, but also because of the underlying principle of acknowledging community assets as an indispensable part of successful local development processes.

Breaking the dependency syndrome, which is long-rooted in the African culture, has to start at the family level, which in turn will enable the growth of philanthropy in Zambia.

We spent much time on self-reflection during the period following the Global Summit and applied for a first GFCF grant to conduct a study on local giving patterns in Zambia, inspired by the LIN Center’s study in Vietnam.[1] 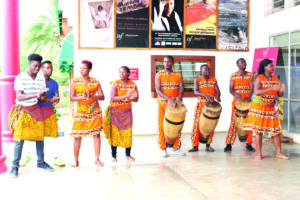 Zambia’s community assets are fundamental to the local development process.

The potential for sustainable philanthropy
Meanwhile, the findings of the study, Beyond Giving: A study of local philanthropy in Zambia, revealed a mixed picture on local giving dynamics and how local giving plays out in practice. Despite the strong family ties that exist in Zambia, most of the giving actually happens in the church, and the ethical use of donations is considered a key factor in giving. What was also apparent from the study was that organized and networked philanthropy has the potential for growth if families and individuals channel their resources through formal philanthropy. Breaking the dependency syndrome, which is long-rooted in the African culture, has to start at the family level, which in turn will enable the growth of philanthropy in Zambia. Local communities have talent and potential that should be appreciated, thus giving should be done in ways that enable this potential to be realized.

There was one common denominator which confirmed that we were in the same boat: the realization that African communities have to be the centrepiece of any meaningful and lasting change.

The launch event of the report in March this year did two things. First, it rekindled the debate on the role of community and community philanthropy in bringing about lasting positive change. Second, it was an important opportunity to bring the topic of local philanthropy to the fore in an environment in which civil society actors like us are having to redefine their roles to remain relevant.

A new model to make the old one obsolete
The event attracted representatives from the wider African philanthropy community, including the Kabale Municipal Development Foundation from Uganda, the Kenya Community Development Foundation, Fundação MASC of Mozambique, Tanzania Civil Society Foundation, Uluntu Community Foundation from Zimbabwe, Community Foundation of the Western Region of Zimbabwe, Trust Africa and the African Philanthropy Network. While all of us had our own specific perspectives and experiences and different degrees of alignment with the notion of community philanthropy, there was one common denominator which confirmed that we were in the same boat: the realization that African communities have to be the centrepiece of any meaningful and lasting change. The event was invigorating in another way, too. Being the lone advocate in an emerging debate can be exhausting. We should not overlook the positive effects such gatherings have on individuals who have been at the forefront of this movement for a long time. The meeting greatly boosted our morale, while making us realize that only a united front can help create an alternative system. In the words of R Buckminster Fuller, ‘You never change things by fighting the existing reality. To change something, build a new model that makes the existing model obsolete’.