LGBTI philanthropy: still less than a cent in the donor dollar

New report looks at funding against LGBTI communities around the world

Shifting power to resist the rights backlash with trust based philanthropy

Shifting the power in a feminist funding ecosystem

A number of prominent foundations around the world are now supporting LGBTI causes, reflecting the growth of acceptance of those causes. However, despite this acceptance and the achievement of milestones, such as the legalisation of gay marriage in more than two dozen countries, the LGBTI sector continues to endure prejudice and unequal rights.

More funding is needed, but where should it go? In order to explore this question, Alliance looked at where funding is currently going, the pressures facing LGBTI communities in different parts of the world and how philanthropy is responding to them. It’s not just that more funding is needed but that funding must be directed to areas where the challenges are gravest. There is an urgent need to influence government and social attitudes while fostering the resilience of the LGBTI community.

The global picture of LGBTI philanthropy
While the general trend of funding for lesbian, gay, bisexual, transgender and intersex communities is an upward one, the most recent Global Resources Report, covering the period 2015-16, by the Global Philanthropy Project (GPP), suggests that this is not uniformly so. In fact, the 2015-16 figures show a slight drop in the last year, from $275 million in 2015, to $249 million. Moreover, this represents only a tiny fraction of overall foundation giving – the GPP report calculates that, ‘for every $100 awarded by foundations, only 17 cents specifically benefited LGBTI communities.’

‘For every $100 of international aid and assistance, less than four cents explicitly focused on LGBTI issues.’

Another thing to bear in mind is that most funding for LGBTI issues comes not from foundations, but from governments and multilaterals – they provided 46 per cent of the total in 2015-16 and 54 per cent in 2013-14. Again, however, funding for LGBTI issues is a drop in the ocean of international generosity. The GPP reports cites OECD figures for overall international development assistance: nearly $131.6 billion in 2015 and more than $142.6 billion in 2016, a combined total of $274.2 billion. ‘For the same two-year period, this report finds that government and multilateral agencies awarded about $102.7 million specifically for LGBTI issues. In other words, for every $100 of international aid and assistance, less than four cents explicitly focused on LGBTI issues.’

Where does the money go….?

Alongside the limited amount of funding available is the fact that it is unevenly distributed. Too little of it goes to the areas where it is most needed. The Global North gets most of the money. In particular, Canada and the US absorbed far and away the biggest share of LGBTI funds – $287 million in 2015-16. No other region came anywhere near that figure. The next-largest recipient was Sub-Saharan Africa at $53.9 million, while the Middle East and North Africa received only $6.7 million. There are some obvious cultural reasons for this. It’s an irony that it is easier to fund LGBTI issues where they are most socially acceptable.

A glance at the main recipients emphasises this difficulty. Over 1,000 civil society organisations received funding for LGBTI work focused outside the US in 2015-2016. The list includes five organisations based in the Global South and East – one less than was featured on the list during the last reporting cycle, 2013-14.

…and where does it come from?
Imbalances in funding are reflected in an analysis of foundation giving. Of the top 20 foundations giving to LGBTI causes in 2015-16, only three were from outside the US – HIVOS in the Netherlands, the Big Lottery Fund in the UK and COC Netherlands. HIVOS was the most significant of these, contributing $13.2 million. The main US funders were the Arcus Foundation ($31.7 million), Strengthen Orlando – OneOrlando Fund ($29.5 million) and the Ford Foundation ($22 million). A comparison of this list with one where funding focused on the US is factored out reveals the extent to which most funders concentrate on their own backyards. On this reading, the top foundation becomes HIVOS, with the Big Lottery Fund in fifth place.

It’s important to point out, however, that funders from the Global North also work on LGBTI issues internationally. Notable in this respect is the Amsterdam Network, a group of organisations who collaborate to influence their governments’ integration of LGBTI rights in foreign policy and development assistance. It includes some of the top non-US funders in the field, including HIVOS and COC Netherlands, as well as groups from Norway, Sweden, Denmark and Germany. Dreilinden, a Zurich based non-profit LLC founded by German philanthropist Ise Bosch supports social movements around the world which champion the rights of lesbian, gay, bisexual, trans, intersex and queer people. Symbolic of the recognition of the importance of that work and the status it has in Germany at least, Ise Bosch was awarded the 2018 Deutscher Stifterpreis (German donors’ award) for her philanthropic commitment to international engagement and human rights.

Can it shift the dial in Africa?

The Other Foundation fights for the freedoms of sexual orientation and gender identity. Photo credit: Progressive Prudes report

But it is outside the Global North that the LGBTI community faces its sternest challenges and there is notable work taking place. In Southern Africa, for example, the Other Foundation fights for the freedoms of sexual orientation and gender identity. Its focus on race, poverty and inequality, sex and other social justice issues has played an important role in supporting the community in southern Africa, where acceptance of LGBTI people is still developing. Working as both a fundraiser and grantmaker, the foundation has given 32 grants, equaling $2.6 million, towards improving the quality of life for LGBTI people in the region. Another positive example is the UK’s Baring Foundation which also focuses on LGBTI rights in various African regions, having provided grants to the Global Philanthropy Project and forged a partnership with The Other Foundation and UHAI EASHRI, an indigenous activist fund in Kenya. Baring’s three-year investment, amounting to £1,050,000, will support the expansion of civil society’s lesbian and trans activism in east and southern Africa.

These steps notwithstanding, the challenges faced by the LGBTI community in Africa continue to be severe, with anti-homosexuality legislation and even the death penalty continuing in some countries.

The work of the GPP
The work of the Global Philanthropy Project (GPP), too, should be noted. Supporting funders and philanthropic advisers who work on LGBTI issues in the Global South and East and with a mission to advance LGBTI human rights, the GPP itself has, according to its website, three strands of funding, government and multilateral funding, individual donor funding and trans* funding. The organisation aims to connect public and private funders, donor governments, wealthy individual donors and corporate donor leaders to raise awareness of LGBTI causes worldwide. GPP plays an important role in convening philanthropists and human rights activists through donor pre-conferences, funder webinars and report release events.

What are the obstacles to more giving?
The GPP’s 2017 LGBTI fundraising guide is also a key resource in pointing the way forward for LGBTI funders. ‘We’re in a time of exploration,’ says the guide, ‘and a culture of giving is developing,’ towards the financial support of lesbian, gay, bisexual, trans and intersex causes. The guide emphasises the ‘growing willingness to try cultivating more individual giving’ because few people currently give directly to LGBTI organisations.

While the funding and influencing work of foundations and private philanthropy has drawn attention to the challenges faced by the LGBTI community, governments are crucial in creating legislation and fostering social acceptance.

What stops them? The guide outlines several difficulties in obtaining funding for LGBTI causes. Among these are a reluctance for any direct association, legal and regulatory restrictions and social challenges. In fundraising relationships, both funders and LGBTI personnel can be wary of direct association: ‘LGBTI organisations fear individuals linked to shady corporations could give “dirty money” or give with questionable intentions,’ while ‘potential donors may see it as too political—or downright taboo—to fund LGBTI organisations,’ the guide says. Despite the progress the LGBTI sector has made towards acceptance, the community’s issues are still controversial, making funders and recipients hesitant to connect.

The role of government
While the funding and influencing work of foundations and private philanthropy has drawn attention to the challenges faced by the LGBTI community, governments are crucial in creating legislation and fostering social acceptance. 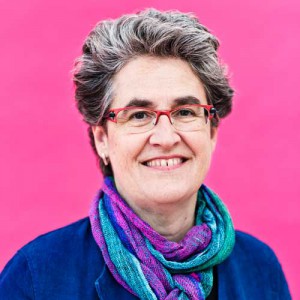 Government intervention affects this question of LGBTI funding and activism especially in those countries where the space for civil society is shrinking. Susan Jessop, writing in Alliance. points out that ‘people whose sexualities or gender identities are non-normative are often among the first targets in this broad context of closing space.’ Foundation support for LGBTI causes can be difficult if ‘extreme laws make it impossible to fundraise’. Not all governments are tolerant of and open to LGBTI communities, and stigmas and discrimination towards LGBTI people makes it hard to find donors, especially in countries ‘where it may be (or appear) dangerous or illegal.’ The LGBTI community is still fighting for equal rights, challenging biased social norms and counteracting prejudice. Jessop quotes Olena Shevchenko, the founder of Insight, a Ukrainian LGBTIQ organisation: ‘most of us cannot be open about our sexuality without the risk of bullying, being fired, or violence.’

The resources to meet the challenges
While increased funding is needed in order to ‘achieve activists’ visions of justice and liberation,’ says Jessop, she notes other needs, too: ‘South-to-South learning exchanges between activists, and attention to addressing security needs, activist self-care and burnout prevention.’ 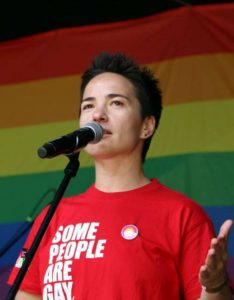 Despite persistent challenges, ‘every day, in countries around the world, lesbian, bisexual and queer (LBQ) activists like Olena [Shevchenko] are organizing in their communities to say we exist.’

But over and above external support, Jessop highlights the importance of the resilience of the community itself. LGBTI activists, she says, ‘are demanding their right to live free from violence and exclusion and free to enjoy bodily autonomy and safety.’ Despite the prevalence of violence and discrimination, the sector demands freedom and equality.

‘Their agenda is affirmative and focused around three thematic areas: self-determination and bodily autonomy; freedom and safety; and power, resources and environmental interdependence.’

Despite persistent challenges, ‘every day, in countries around the world, lesbian, bisexual and queer (LBQ) activists like Olena [Shevchenko] are organizing in their communities to say we exist.’