However they react to it, either by celebrating or trying to ignore it, few forget their 40th birthday. The Network of European Foundations (or NEF as it’s commonly known), is the exception. The organization only woke up to its slide into middle age when a member of staff was doing a bit of administrative work that led her to delve into the archives.

This is doubtless a good sign about the health of NEF. Had the association felt its knees twitching and noticed the bags under its eyes deepening, it would have likely booked itself in for a check-up and been reminded of its advancing years. Instead, the organization has discovered – intentionally or not – Aldous Huxley’s ‘secret of genius,’ carrying ‘the spirit of the child into old age’ and, to paraphrase slightly, never losing its enthusiasm. NEF therefore remains in the peak of health with a youthful spring in its step and, until recently, oblivious to its upcoming birthday. True to the nature of the organization, NEF decided to welcome 40 with open arms, take stock and get ready for the next part of the adventure. 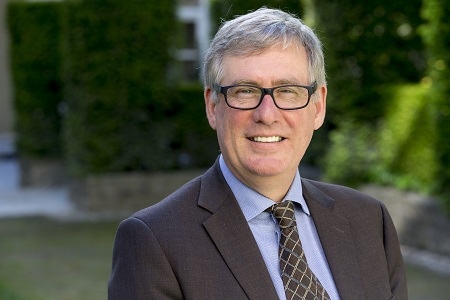 Indeed, Luc Tayart de Borms, NEF’s current Chair and Managing Director of the King Baudouin Foundation, calls the association’s staff ‘network weavers,’ who ‘create partnerships, catalyse top- down strategies and facilitate the implementation of bottom-up solutions’. And, importantly, they ‘learn by doing,’ rather than sticking to preconceived ideas.

The organization’s first incarnation was in 1976 as the European Fund for Cooperation. Its existence was initiated by Georis, then director of the European Foundation for Culture. Over the next 10 years, the Fund became the prime instrument for launching joint projects between foundations across Europe and a key player in the development of public-private partnerships.

The focus in these early years was on promoting greater understanding between Europeans through scientific projects, university exchanges and cultural activities. The Fund also held an annual conference in which young people from across Europe met to discuss the future of the continent, an activity which the present NEF still continues.

The launch of the common market and closer ties between Western and Eastern Europe gave the EU fresh impetus in the 1980s. The projects supported by the Fund at this time followed these developments. For example, the Fund financed a publication which aimed to open western eyes to Eastern European literature. The overall idea was to encourage people across Europe to understand the continent as a whole rather than as a series of separate nation states.

The Fund and the EFC
After the fall of the Berlin Wall in 1989, the European Foundation Centre (EFC) was set up to lead and represent foundation thinking at EU level about the implications of the new circumstances for their work. The EFC initially operated from and was financed by the European Fund for Cooperation. This relationship epitomizes the role of the Fund. EFC has a much higher profile than NEF which has always seen its work as being to facilitate the work of others, rather than taking centre-stage itself.

By the 1990s, the emphasis was on joint projects between the public and private sectors in an effort to stimulate democracy, pluralism and an entrepreneurial spirit. The Fund’s programmes were extremely diverse, ranging from mobility, higher education and the development of parliamentary systems in Central and Eastern Europe. The biggest projects were co-financed by European funding streams until 1995 when European agencies were created to manage these programmes directly. This was a crucial time for the Fund. It became independent from the European Foundation of Culture and changed its name twice, first to AICE, the International Association for European Cooperation in 1996, then to the Network of European Foundations (NEF) in 2002.

Pooled funds hosted at NEF
EPIM – European Programme for Integration and Migration, initiated by NEF in 2005
EFB – European Fund for the Balkans, initiated in 2007
EFID – European Foundations Initiative on Dementia, initiated by NEF in 2011
CVECF – Children and Violence Evaluation Challenge Fund, initiated in 2011
Fikra – Tunisia Joint Fund, initiated by NEF in 2012
FutureLab – hosted since 2012 by NEF
East Africa Children’s Fund – hosted since 2015 by NEF
JAFOWA – Joint Action for Farmers Organisations in West Africa, initiated in 2015
Changing names, changing identity
These changes of name reflect one of the major difficulties NEF has had to cope with: the constant need to reinvent its purpose and definition to correspond to the issues of the time. Its abiding central purpose – collaboration between foundations – produces its own difficulties, too. To a certain extent, many small foundations need to compete to survive and connecting them to a bigger network can be difficult and take up time and resources they do not always have. Likewise, given the changing nature of the projects we support and the fact that they always run for a specific period, we are only able to keep a very small staff and cannot recruit long-term. This situation poses problems of staff retention and knowledge loss. Such challenges, though, have not impeded our work. In 2005, the most active foundations within NEF launched EPIM, a programme to help transfer national competences in integration and migration to the European level. The creation of EPIM also aimed to reinforce exchanges between NGOs so that they were better equipped to influence debate in this area. Under current circumstances, this work has grown considerably in recent years and during the period 2016-18, EPIM is supported by 30 foundations working on migration with funds of nearly €10 million. 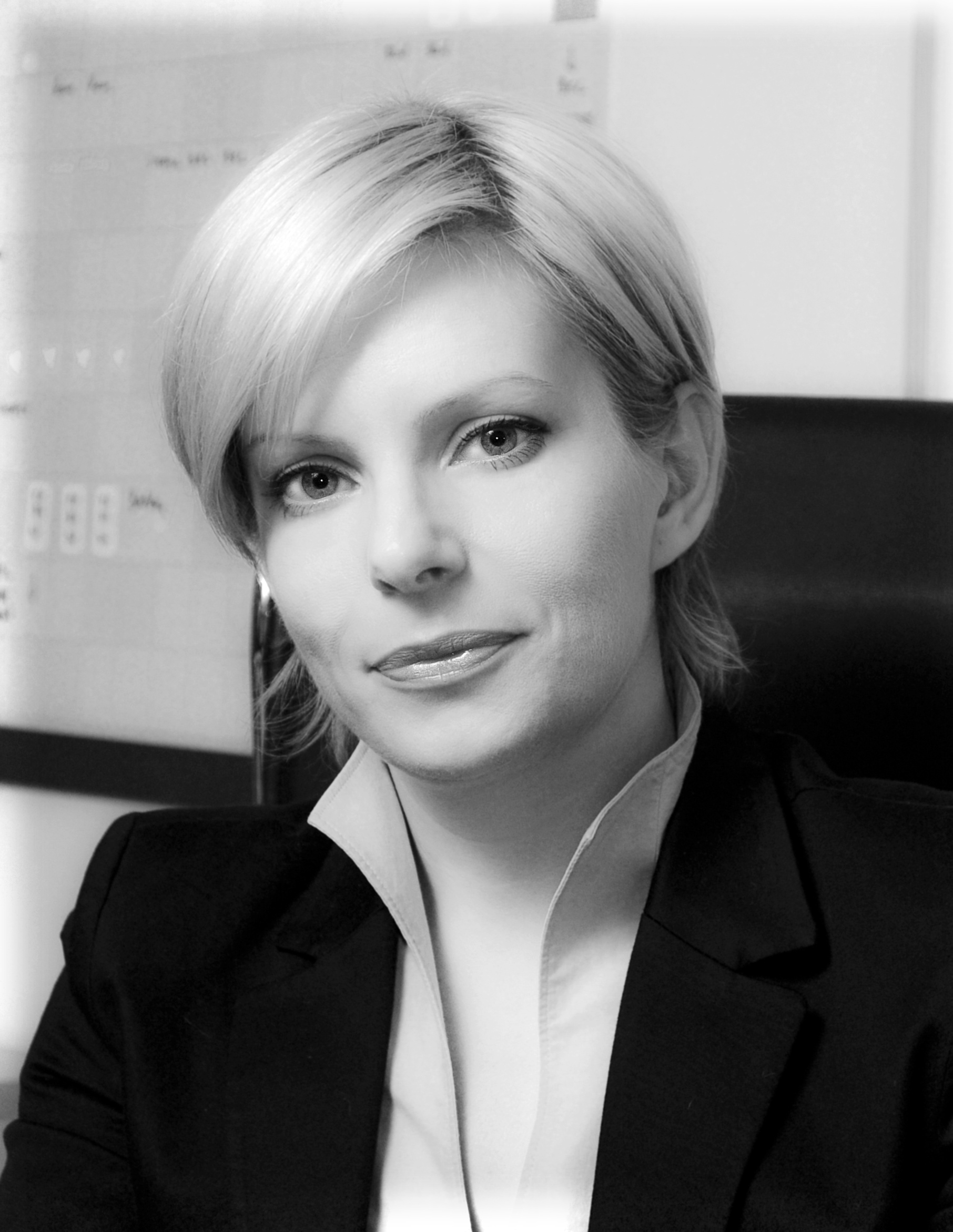 Strong leadership inspiring the highest level of performance
In the same year, the European Fund for the Balkans was formed under the auspices of NEF following the war in the former Yugoslavia. The idea was to move away from the traditional focus of foundations on civil society and to find ways of working with individuals, think-tanks and government officials as well. It was likewise important to offer long-term funding to ensure that the priorities of civil society and other progressive voices continue to be heard whatever the political situation. Hedvig Morvai, Executive Director of the European Fund for the Balkans, is clear about the importance of this partnership: ‘NEF is driven by strong leadership that inspires the highest level of performance in our organization’.

This is key in an era where the need for partnerships to influence national, European and even international politics has never been greater. Indeed, eight joint funds now sit within NEF compared with four in 2013 and the organization works with more than 60 foundations, some of whom are based in the US.

What’s next?
What will happen in Europe, and the rest of the world, in the next 40 years is unclear. However, the rise of populism and increasing social, environmental and economic problems mean that collaboration and capability will be crucial to maintaining some of Europe’s fundamental values, such as solidarity and democratic governance, and to help revitalize European democracies. We believe that NEF can play a key role in this. So does Gerry Salole, Chief Executive of the European Foundation Centre. As he puts it ‘NEF is a powerful example of concrete and strategic collaboration and joint project realization’ and is an ‘integral part of the philanthropic infrastructure in Europe.’

In order to play this part, NEF will have to anticipate and adapt to a constantly changing environment. Its continued success depends on it. In short, NEF’s ability to change is the one thing in its future that won’t change.