Participatory grantmaking: can we afford not to do it?

A man’s call for gender equality: Why feminist philanthropy helps us all

Council on Foundations appoint new members to Board of Directors

Feminist, Grassroots and transformative visions of change in neoliberal re-structuring

Participatory grantmaking is a promising way to practise a more just and equitable approach to philanthropy, though implementing it requires considerable readjustment of both attitudes and ways of working. In this article, we – practitioners of participatory grantmaking – respond to some of the questions we are frequently asked by those interested in the approach. 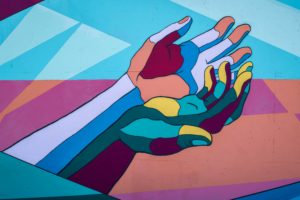 “How can we ensure all voices are given equal consideration, not simply token representation?”

How do participatory approaches support diversity, inclusion and/or equity?
In practice, diversity, equity and inclusion (DEI) initiatives in philanthropy have often fallen short. Many focus solely on gender and race, with little consideration given to sexual orientation or disability and virtually no intersectional lens. The emphasis has tended to be on hiring ‘diverse’ staff, rather than questioning who is setting the agenda. It almost looks like an effort by those in power to move over a little on the seat, but not to give it up. For us, key questions remain: where is diversity at the top, where decisions about money are made? And, how can we ensure all voices are given equal consideration, not simply token representation?

Participatory grantmaking cedes decision-making power to those affected by the grantmaking outcomes. This addresses DEI in philanthropy at a structural level in ways that have not happened so far.

What is the value of participation to grantmaking practice?
There are principled, political reasons to support participatory grantmaking, but it’s also very effective. Evidence from academic research and from practitioners suggests that the approach has a number of material benefits. The perspectives of those directly affected by the issue enhances any initiative, first, because those closest to an issue understand it best and, secondly, because participation creates buy-in from the community. This then increases sustainability (accountability is better when it is community accountability!). Finally, support for initiatives that are informed and directed by those who are most directly involved is not just funding: it is movement-building

It is critical to find ways to show that a focus on process, especially for human rights grantmaking and for marginalised groups, is an impact.

How do you justify the costs of participation?
The costs of participatory grantmaking go beyond the grants made (the same could be said of traditional philanthropy) – but so do the benefits. The process contributes to capacity building for everyone involved. And while it may seem costly to invest so much in participation, can we afford not to do this? At the Edge Fund, we were once told by a representative of one of the biggest foundations in the UK that they suspected that our tiny £3000 grants had done more to advance racial justice than any of their foundation’s grand efforts, because they were so far removed from the field. The Edge Fund operates on a shoe-string budget (£250,000 per annum, with no tax breaks), yet has countless campaign and other successes to celebrate. We don’t see putting people with experience at the centre as an ‘overhead’; we see it as a core value.

Should decision-making participants be paid?
People who spend their time acting as grantmakers – reviewing proposals and making difficult funding decisions – are working on behalf of the foundation, and should be compensated for their time and effort. While this isn’t necessarily easy, if we don’t pay them, we exclude those who might provide significant value to the process. People who don’t have financial stability, or who can’t take days unpaid from work, may not be able to participate. To this end, we suggest offering honorariums to participants. Also, some funders pay travel and lodging costs for face-to-face meetings, childcare expenses, reasonable accommodation such as Braille or Easy-To-Read documents, and/or language interpreters for those participating. The goal is to make participation as easy as possible so as to include people from as wide a variety of backgrounds as possible.

Participation isn’t just a means to a particular end; it’s an outcome itself. By engaging in a participatory grantmaking, peers have the opportunity to increase their knowledge about issues, build relationships with others, and deepen their sense of agency

What’s the role of paid staff?
Paid staff like programme officers can play an important role in the process, even if they’re not deciding who gets the grants. They can coordinate the process from start to finish. They communicate with grants applicants, select and train the committee members, review the eligibility of proposals, provide data analysis and context, facilitate decision-making meetings, communicate decisions, and lead evaluations. In a participatory grantmaking approach, it is crucial that staff be trained in facilitation and power dynamics to ensure good outcomes for participants and grant applicants. 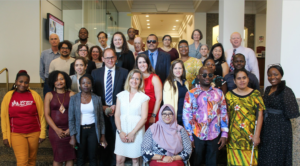 The DRF Gantmaking Committees are made up of institutional donors to the Funds and global disability activists.

How do you identify activists?
There are many ways to identify activists. Sometimes, partnering with a representative organisation can work. At Disability Rights Fund, for example, we have partnered with the International Disability Alliance who can nominate activists. However, because there are hierarchies in all movements, there must be an ongoing commitment to asking who is NOT at the table, and a willingness to identify and reach out to people who are missing. Like most of the work in participatory grantmaking, this is an iterative process, recognising the need for ongoing learning and change. It is important that the activist group is not static but changes over time. Term limits can be helpful, so can scopes of work, which clarify that activists’ roles are not to represent themselves but to speak for the broader community they are part of.

What are the metrics for success?
It is critical to find ways to show that a focus on process, especially for human rights grantmaking and for marginalised groups, is an impact. Human rights goals must have an impact on the actual day-to-day lives of people, and these are not met overnight. The Disability Rights Fund uses a logframe which tracks the participation of our grantees in advocacy to change policies, laws and government programmes over time. The fact that grantees are participating in these processes – including in the decision-making of the Fund – is an output in itself.

In support of important issues such as gender equality, participatory grantmaking is critical in building larger movements

Second, as noted above, participation isn’t just a means to a particular end; it’s an outcome itself. By engaging in a participatory grantmaking process, peers have the opportunity to increase their knowledge and leadership about issues, build relationships with others, and, ultimately, deepen their sense of agency to determine the priorities of their lives. It’s also non-capitalistic. Because of these other benefits, participatory grantmakers rarely see money as the only – or even the most important – element of the process.

Participatory grantmakers engage participants in the whole process – in designing strategies, stipulating programme priorities, reviewing proposals, site visits and conducting evaluation – not just in the making of the grant itself. 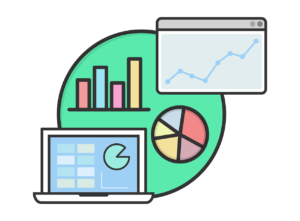 Transparency, too, is fundamental to participatory grantmaking and UHAI EASHRI is a good example. Both our financial and programme reports are available online. We communicate often on anything and almost everything, and have a feedback mechanism that is open and lucid. We are close to the people and strive to be our best.

Finally, in support of important issues such as gender equality, participatory grantmaking is critical in building larger movements. By bringing in marginalised groups, it strengthens larger movements to achieve rights for all.

Where can I find additional tools and resources?
Luckily, there is significant experience in the field of participatory grantmaking and a growing number of resources is available. Here are a few:

Rose Longhurst is a member of the Edge Fund and an Atlantic Fellow, Email rlonghurst.edge@gmail.com

Stars to steer by