Recent political developments are threatening civic space in Europe. Foundations are stepping forward to defend it

This year marks three decades since the establishment of the European Foundation Centre (EFC), as well as the fall of the Berlin Wall. Given what Europe was going through in 1989, and the ups and downs it has encountered in the 30 years since, it is quite something to observe that the political situation has never been more complicated – or precarious – than it is today.

Institutional philanthropy is an integral part of civil society and many foundations work on ensuring an independent, active and flourishing civil society space. The whole ecosystem depends on the freedom to act and the ability to respond to current trends affecting this space. 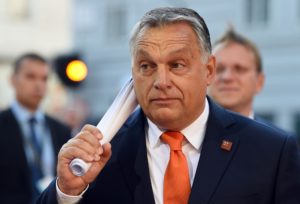 Negative trends…
Recently, a number of challenges have arisen that threaten foundations’ capacity to carry out their vital work. These include restrictions on foreign funding (notably in Hungary), complicated and sometimes discriminatory tax regimes, hurdles in cross-border actions, the impact of legislation on counter-terrorism/money laundering and other excessive burdens, or smear campaigns against CSOs and excessive interference by public authorities in several European countries. These challenges are also confirmed by the recent report from the EU Fundamental Rights Agency.[1]

Restrictions on civil society space manifest themselves in different ways and are motivated by different reasons, including arguments around national security, economic interests, and sovereignty. While national and regional laws remain a key driver and designer of civil society and philanthropy space, EU-level policy and legislation can have a serious impact too. This applies mostly to legislation that does not directly address the civil society sector, but rather has an indirect impact, such as the Anti-Money Laundering Directive, VAT Directive, tax evasion policy, and General Data Protection Directive, to name but a few.

Institutional philanthropy is an integral part of civil society and many foundations work on ensuring an independent, active and flourishing civil society space. The whole ecosystem depends on the freedom to act and the ability to respond to current trends affecting this space.

In response to these changes, some EFC members have adapted their behaviour and funding approaches. In some cases they have even moved their offices. The Open Society Foundations’ move to Berlin is perhaps the most high profile example, but it is not unique.

…positive signs
At the same time, there is more appetite among philanthropic actors to defend democracy, the rule of law and fundamental rights. There are a series of important initiatives in progress or in the pipeline which show what philanthropy and its infrastructure can do with wider civil society actors and experts to enlarge and protect the space.

The EFC’s European Democracy Network facilitates more effective philanthropic support to strengthen democratic values and participation in Europe through cooperation and exchange of information. The Grantmakers East Forum, which, fittingly, took place in Budapest at the Central European University last October, explored the role of foundations in confronting the new threats and challenges to civil society in Europe as well as innovative approaches to fostering social cohesion.

In the fraught political climate, philanthropy is called upon more than ever to play a significant leadership role in maintaining the civic space.

A further project is the Philanthropy Advocacy Initiative. Carried out jointly by EFC and DAFNE, it aims to shape fiscal policy, anti-money laundering legislation, freedom principles and co-granting and co-investment programmes in the best interests of Europe’s philanthropic organisations. It calls for a Single Market for Philanthropy. Within this joint initiative, EFC and DAFNE have prepared a draft Philanthropy Manifesto in the run-up to the European Parliament elections. We aim to use it in 2019 to inspire briefing documents for the new European Commission, to get some of the ideas into the election programmes and to raise public awareness of our sector and its policy recommendations.

Lastly, Civitates, a consortium of 16 foundations launched during the 2017 EFC Annual General Assembly in Warsaw, is committed to upholding democratic values in Europe.

Philanthropy infrastructure’s contribution
In the fraught political climate, philanthropy is called upon more than ever to play a significant leadership role in maintaining the civic space. Because of that, we must have a legal environment that allows us to play this role as effectively as possible. It is also clear that institutional philanthropy organisations must work together to develop new initiatives, collaborations and synergies. This is where philanthropy infrastructure has a key role to play.

Looking at the scale of this trend, it is important to work with new allies, test innovative solutions, trust the expertise of others and above all to have all parts of the ecosystem (local and other) contributing in a collaborative spirit.

In the EFC’s 30th year, we are driving further engagement with our member organisations who are stretching themselves to do new things, and work outside of their traditional mandates.

If you consider your organisation fits this dynamic, and if you would like to engage further in addressing these challenges, I urge you to join us in Paris for the 2019 EFC Conference[2], the same period as the European Parliament elections. The conference will bring together global philanthropy leaders to identify what our sector can do to secure freedom, equality and solidarity around the world: the philanthropic antidote for the resurgence of extremism in Europe and beyond.

The state of French philanthropy