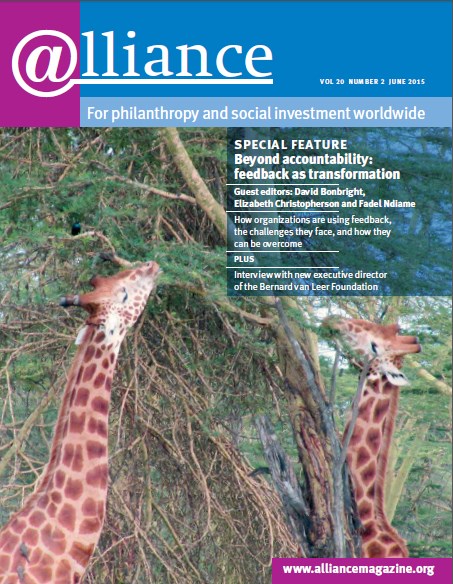 Why programme evaluation is crucial

Know the context, develop trust, work collaboratively, take a long-term view of complex change, rely on solid leadership and be flexible. These are the valuable lessons contained in Bill Moody’s retrospective on the Rockefeller Brothers Fund’s grantmaking. In practice, they are often harder to implement than one might think, which is why Staying the Course is such an important contribution to the field. It recognizes that good and effective grantmaking is not only about grants and grantee performance, but also about the role and approach of the grantmaker.

The book chronicles two inseparable stories: the emergence of the Rockefeller Brothers Fund as an international grantmaker and Bill’s own professional development as a programme officer. 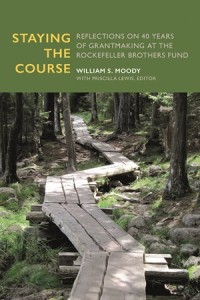 It begins, as does Bill’s career in philanthropy, with a fateful phone call from the RBF in New York City. Bill’s envisioned career path as a lawyer is upended, and the rest is, quite literally, history. Bill joins the RBF and becomes a pioneer in exploring the opportunities for – and limitations of – US philanthropy across so many watershed events and eras: the Cold War, post-colonial Africa, economic boom and natural resource management in Latin America, apartheid in South Africa, the fall of the Berlin Wall, the Velvet Revolution, and postwar and post-Slobodan Milosevic Balkans. What emerges is a coherent set of transcendent principles and approaches to grantmaking that can be usefully applied as foundations and their programme officers tackle many of today’s challenges.

Staying the Course convincingly reinforces the idea that good programme officers must be deeply committed both to the people and organizations they work with and to the values and ethos of the institutions they represent. Much of Staying the Course is about the grantee relationships that Bill so carefully nurtured over time to such great effect, but it is also about his access in his early years as a programme officer to the Rockefeller brothers themselves and other members of the family, as well as the RBF’s visionary leaders, which was critical to his ability to be an effective proponent of the RBF’s core values over many years and across such diverse contexts. Those values underpin his involvement in Africa, Latin America, the Caribbean islands, and Central and Eastern Europe.

Not every programme officer has the privilege of joining a foundation when its founders are alive and the foundation is still in its formative years, but there are lessons here that are worth trying to apply even in different circumstances. Without such a strong sense of history and values, it is relatively easy for programme officers to slip into thinking of themselves as free agents, even more so when working internationally because they are out there in the field, quite often on their own, with significant responsibility for sizeable budgets. Similarly, it is easy to become too much of a bureaucrat, engrossed in the technical details of making grants and distant from the people and communities the foundation has set out to assist. It can be a tough balance to strike, but foundations and programme officers lose sight of it at their peril.

Bill captures the essence of this delicate balance by developing throughout the book the notion of an ‘engaged programme officer’. Engagement, in his view, has a strong element of listening and seeking to understand issues and places that are foreign to you. Only after this, and with great humility, should you attempt an active role in shaping responses and this, too, is a subtle art. Be flexible, patient and responsive, counsels Bill; use your privileged vantage point to make connections and foster new relationships; and respect local leadership and ideas.

Staying the Course is a great story. For grantmakers, it is also professionally rewarding. 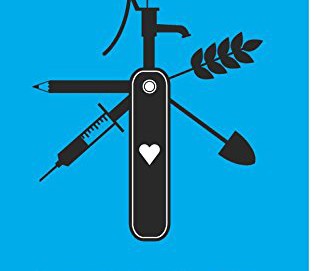 Doing Good Great: An insider’s guide to getting the most out of your philanthropic journey – Doug Balfour