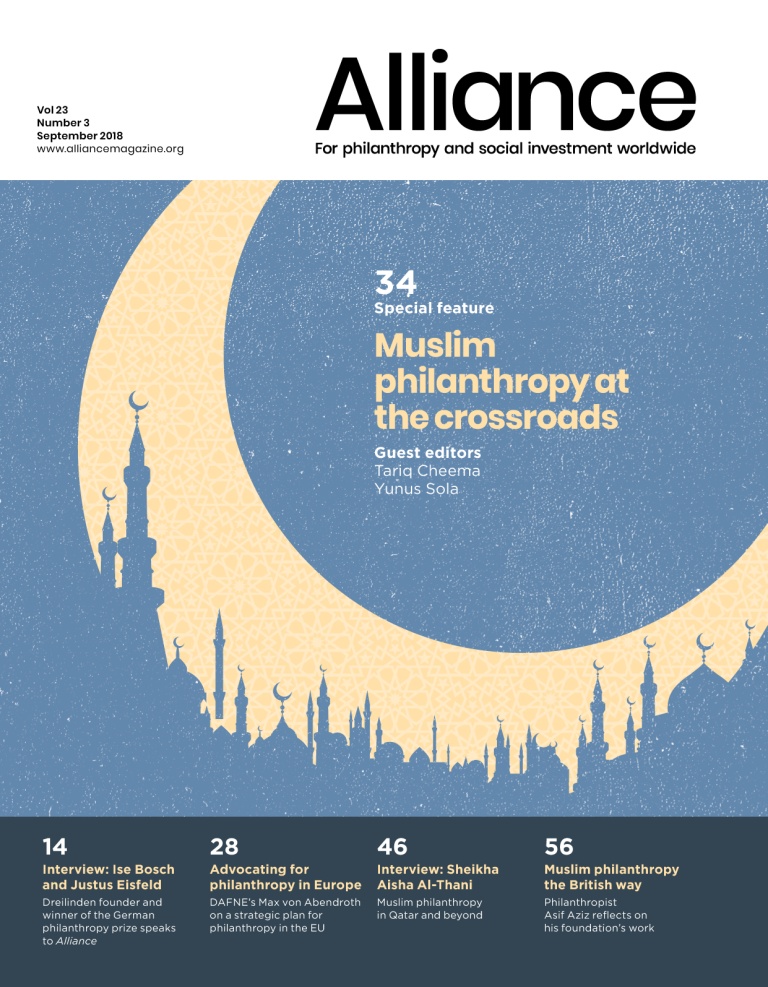 The world is upside-down. What are human rights funders doing to turn it over?

Only one man in the room…

There is general agreement that we don’t know as much as we’d like to know about Muslim philanthropy, a phenomenon broadly defined as giving ‘of any kind, which involves self-identifying Muslim individuals, institutions, communities, and societies as key agents’.

This lack of knowledge is remarkable given that Muslims comprise almost a quarter of the world’s population, and give around $1 trillion per year according to some estimates.

It’s also a huge missed opportunity in the view of our guest editors, Tariq Cheema and Yunus Sola. They argue that the potential of Muslims to contribute to the well-being of humanity would be greatly enhanced if its philanthropy was more accountable, strategic, professional, and better directed. Indeed, Cheema founded the World Congress of Muslim Philanthropists to promote reform based on his conviction that Muslim giving has the power and duty to serve humanity but its potential remains unfulfilled.

In this issue, philanthropists, philanthropy practitioners and thinkers – from South Africa to Saudi Arabia and from the US to Qatar – provide an insight into its potential as well as calling attention to a host of challenges. Judging by these contributions, it’s clear that Muslim giving can shape humanity for the better but, as with the wider philanthropic sector, there is some distance to travel.

One philanthropist who has travelled the distance is Ise Bosch. At different times during my career leading a foundation, teaching about philanthropy and now editing Alliance, I’ve wondered whether there is such a thing as ultimate philanthropy? What might it look like? How might it be practiced? For a glimpse, read this exclusive interview about Bosch’s work.

Meanwhile, advocacy on behalf of institutional philanthropy in Europe is becoming increasingly sophisticated. But what exactly do foundations want from their law-makers? We hear from the man responsible for delivering the agenda.

BISAP is a community based non-government development organization and has been working with most neglected community people of this country specially for the Rohingya Refugees who arrived in Bangladesh from Burma. Considering the said we are much interested to establish networking partnership with your esteemed organization.

A new view of philanthropy infrastructure