When discussions about the influence of philanthropy on policymaking take place in the global north, critiques tend to revolve around placing a check on philanthropy’s influence. Is philanthropy accountable as it shifts the development priorities of citizens and states? Is it wielding excessive power over development and policy decisions? On the African continent, we have a different dilemma: that of wealthy individuals’ philanthropic power being underused. In fact, there is a big contrast between the power that such philanthropy can potentially wield on the continent, and the actual philanthropy of those who are powerful because of their wealth. This may seem contradictory given the many stories emerging about Africa’s growth and its philanthropists’ largesse, but perhaps some context may help.

The potential power of Africa’s wealthy
The African continent has been on an upward growth path. Africa’s GDP has risen from just above 2 per cent per year during the 1980s and 1990s to above 5 per cent in 2001–14. Although this has slowed a bit in the last two years, further strengthening is expected in 2017.[1] Driven in the main by extractive industries, financial services, construction and real estate, this growth has brought about progress and wealth creation in areas that lend themselves to wealth concentration rather than distribution. While there has been some limited trickle-down, the proceeds of this growth have, by and large, not been equitably spread among the continent’s people. While poverty remains high and inequality is increasing, concentrated pockets of wealth are still the norm: 2016 data from Research and Markets reflect that the continent now has more than 165,000 high net worth individuals (HNWIs), with combined wealth of US$860 billion. The number of HNWIs has seen a more than 145 per cent increase between 2001 and 2014 (more than twice the pace of the rest of the world) and is expected to increase considerably over the next decade.[2]

These figures alone represent a significant amount of power, influence and leverage. When seen in the context of a continent where big business wields considerable lobbying power in its interactions with the state; where political and business elites have many shared interactions; and where wealth enables myriad forms of access to political and economic decision makers that are often out of the reach of ordinary citizens and civil society, the potential power of these HNWIs is tremendous.

Is the philanthropy of Africa’s wealthy a powerful transformative force?
It is widely accepted that the majority of human rights and policy-related funding on the continent emerges from international sources. Nevertheless, there have been some significant developments in African philanthropy. We have seen an increase in the establishment of public foundations that are playing critical policy roles – the African Women’s Development Fund, TrustAfrica, the Southern Africa Trust and Akiba Uhaki, to name a few. But while the agendas are led by Africans, many of these were initially set up with foreign funding and find local resource mobilization from Africa’s wealthy a challenge.

The larger conundrum on the continent thus is not that big local philanthropy is overreaching its influence on the state and its policies, but that it is actually underusing the potential of the power it does have.

We are also seeing an increase in local private foundations taking an active role on policy change, for instance the RAITH Foundation, a private anonymous South African philanthropy, which uses its resources to share power through supporting key human rights advocacy and test-case litigation institutions. Another example is former Nigerian first lady Toyin Saraki, who uses her resources via the Wellbeing Foundation Africa to engage on policy issues including maternal health, gender-based discrimination and socioeconomic empowerment, and who uses her personal social capital to advocate strongly for these issues. There are several others in this vein, but the reality is that these examples, while slowly increasing, are still too few and far between. Much of the African HNWI philanthropy we hear about is directed at transforming the life trajectories of individuals – through, for instance, education or scholarship schemes, entrepreneurship programmes, health and welfare initiatives, and infrastructure and service delivery projects. This has played a significant developmental role and should not be under-emphasized. While some of this philanthropy addresses both individual and systemic change simultaneously, for the most part these initiatives have taken place within larger social, economic, cultural and political contexts that are unaffected. Thus, despite the significant gains, the surrounding conditions continue to perpetuate inequality. The larger conundrum on the continent thus is not that big local philanthropy is overreaching its influence on the state and its policies, but that it is actually underusing the potential of the power it does have. 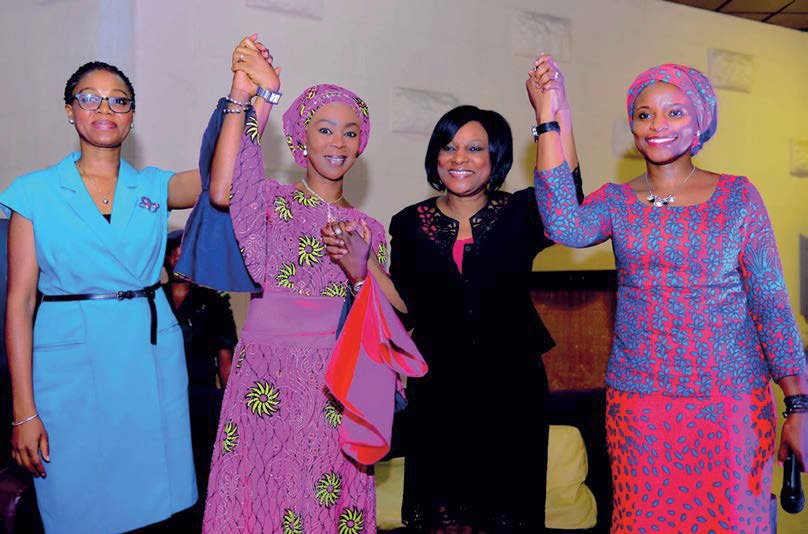 Philanthropy and business
There are several foundations linked to ‘old’ wealth. Many of these have been set up by established and influential business people who have had good relations with governments and considerable influence on policies – but this influence is via their business dealings and not via their philanthropic institutions. For many, business and philanthropy have been separate areas. While they aggressively exert the power they have in the business and economic sphere, their philanthropy tends to operate within a less powerful social or political policy frame. There are certainly exceptions to this, but the norm we see has followed this trend.

The newer foundations being established by HNWIs operate in a range of ways. Some continue in the traditional mould, preferring a strict separation between business and philanthropic activities and conducting their philanthropic activities with a softer policy touch than they apply to their businesses. Others are actively combining business and philanthropy work – using their businesses as built-in vehicles for philanthropic initiatives and using their profile to promote more conducive business, market and entrepreneurship environments, even addressing some systemic policy issues related to these. The critical point to raise here, though, is that the power to influence, to leverage and to change is directed at – and via – business activities, and not through philanthropic behaviour; their philanthropy rarely serves as a carrot or stick to incentivize state decisions on critical social policy issues.

While it is unlikely that HNWI philanthropy en masse will become involved in policy change, we are seeing a small but meaningful change in the willingness of some HNWI philanthropists either to take on critical and controversial policy issues themselves or to support civil society institutions to do so.

There needs to be a caveat here: there is a concerning trend of philanthropy being used to offset exploitative and unjust business practices; this has emerged primarily in relation to extractive industries, but is not limited to this sector. In such cases, the business voice is the mode of influence, and the resulting philanthropy is part of the carrot to incentivize policy or regulatory decisions in favour of business operations. There are also some instances where philanthropy is being used to advance or encourage economic agendas and ideologies that are in the interests of big business at the expense of more equitable policies – and these need to be monitored.

Philanthropy and the state
Many foundations established by influential political elites, likewise, have operated within the frameworks of existing government development plans – sometimes supporting state activities and sometimes supporting civil society on important but uncontroversial strategies that do not challenge the state. Some of these have been formed by former liberation activists or politicians who believe that philanthropy and civil society’s role should be in the service of the state’s broader development goals rather than as independent forces for engaging on state accountability or policy change. In this view of philanthropy, philanthropy cedes its influence and power upwards towards the state – which is where the power for development decision making is seen to reside – rather than downwards towards citizens or civil society. Again, there are exceptions, such as Graça Machel, who has tirelessly used her influence to advocate on key human rights issues and mobilized resources through her Graça Machel Trust to, among other things, support a shift in women’s power to lead agendas and influence policy decisions.

Across the range of HNWI institutions, policy change on some broader issues is supported at times, but this often involves the more uncontroversial topics within education and health systems delivery, business- related agendas or issues that do not significantly challenge the ideology or development framework of the state. Much rarer is support for civil society to engage the state on policy issues related to governance, transparency, accountability, human rights obligations or its violations thereof – despite philanthropy being in a prime position to influence these. Big philanthropy thus often relinquishes its potential power to bring about transformative social change and to help shape more equitable policy agendas. As African philanthropy develops, this will be a critical challenge. As I stated earlier, and emphasize again here: there are exceptions to these modes of philanthropy and these are slowly increasing. While it is unlikely that HNWI philanthropy en masse will become involved in policy change, we are seeing a small but meaningful change in the willingness of some HNWI philanthropists either to take on critical and controversial policy issues themselves or to support civil society institutions to do so. Where there is interest by philanthropists, the wider sector needs to find new ways of encouraging and supporting this use of power.

Are regulatory checks required to police philanthropy?
On the African continent, the idea of big philanthropy in and of itself is not seen as a threat, and regulation requires a very considered approach. While regulation may be immensely useful in, for instance, developing standards and benchmarks for how philanthropy emerges from the resource-extractive industries, supporting tax justice initiatives or creating enabling environments for giving, too much regulation may easily be used as a tool to prevent, subvert or deter philanthropy that can potentially challenge the status quo. We are seeing increasing regulatory restrictions on funding that are inhibiting independent civil society in many parts of Africa. Without a strong enough collective lobby or infrastructure that is advocating on behalf of the philanthropic sector or big philanthropy pushing adequately for its protection, there needs to be careful attention to the threat of regulation. Independent philanthropic power that is being voluntary ceded today could soon enough find itself forcibly removed tomorrow.