Case study: Feminist philanthropy on the streets of Latin America

Projects for adolescents in Argentina

From struggle to empathy to service: the experience of diaspora leaders

The Women’s Fund from the South (FMS) was created in 2007 to promote women’s rights by investing in women-led organizations, particularly at the grassroots level. Part of the International Network of Women’s Funds (INWF/Prospera), it supports women’s rights organizations through direct and flexible grants based on the conviction that women have enormous potential to be agents of social change. It plays a critical role in widening the access of organizations to resources and has mobilized more than US$3 million from overseas and supported over 100 women’s groups.

In recent years, external donor funding for Latin American civil society organizations has declined. This has hit the women’s movement particularly hard since women have also largely been excluded from the benefits of economic growth. 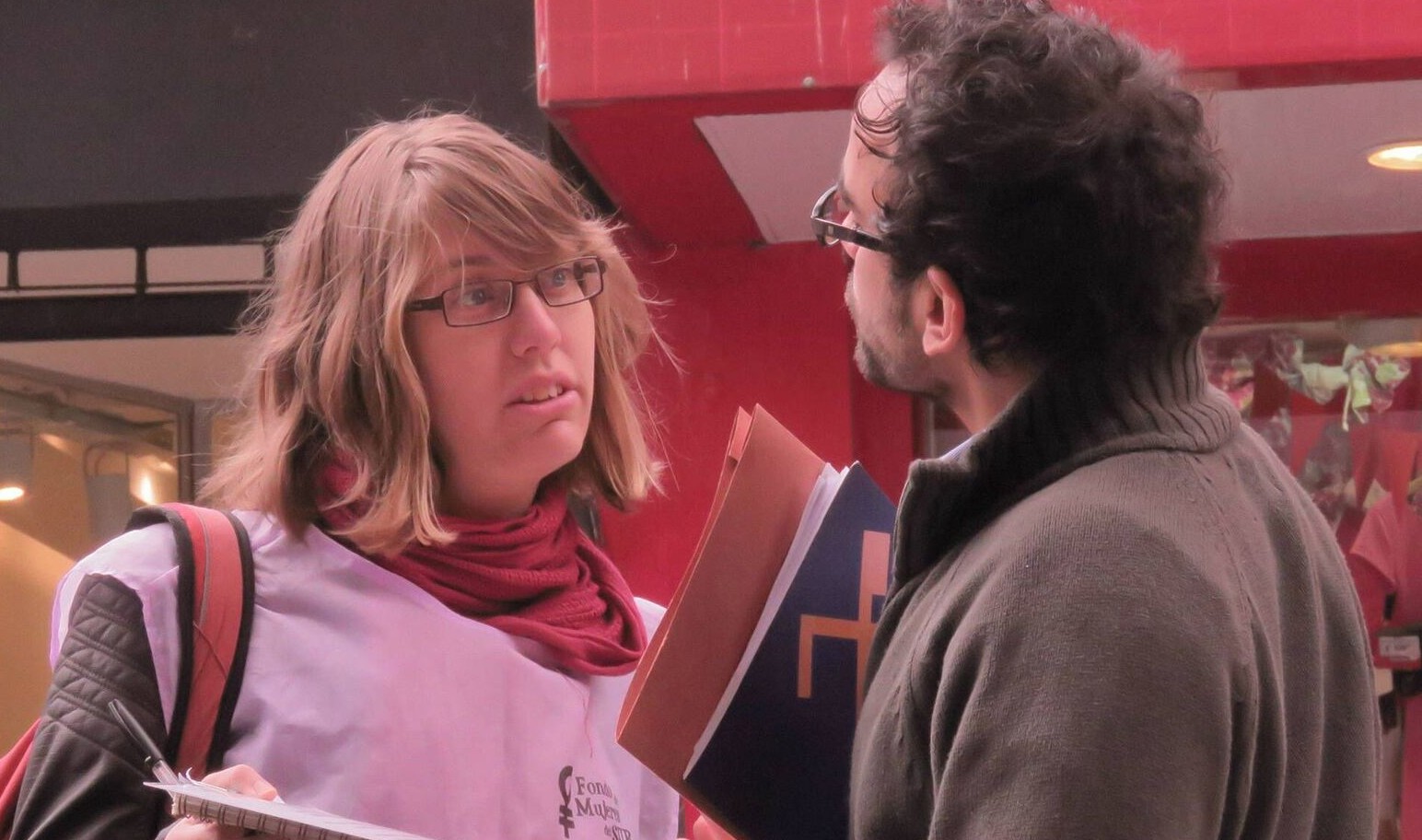 Fundraisers talk directly to people in Argentina’s cities. Such campaigns are also used for raising awareness

To counter this, women’s funds have focused their attention on mobilizing local resources and, over the last 18 months, FMS has been running short Direct Dialogue campaigns in the cities of Argentina which aim to recruit small but long-term individual donors.

FMS fundraisers go out into the streets, tell people about the organization and what it does, and then ask them to support it by making a monthly donation. FMS carried out four such campaigns of around ten days each between December 2014 and March 2016.

As a result, 112 donors have joined with a monthly contribution that increases on average from US$7 to $10 These donors are mostly women (65 per cent), 54 of them aged between 20 and 30.

Although financial returns are modest (US$9,100), the experience leads us to conclude that Direct Dialogue in the street could be used for other things besides fundraising: raising awareness of women’s rights; increasing the visibility of FMS; moving donors along a continuum from one-time charitable donations to long-term investment in social change; building a lasting local constituency of support for women’s rights and feminist philanthropy; strengthening local philanthropy and shifting its primary focus from direct services to systemic change; and ultimately, increasing the sustainability of women’s rights movements in the region.

The mid-term goal is to reach 1,000 individual donors and extend the approach ourselves and to other women’s funds in Latin America. As we do so, we will begin to see even more of the changes we seek.

Luz Aquilante is chief executive of the Women’s Fund from the South, Argentina. Email luzaquilante@mujeresdelsur.org.

This article is a case study from Danny Sriskandarajah‘s article on resourcing community philanthropy.