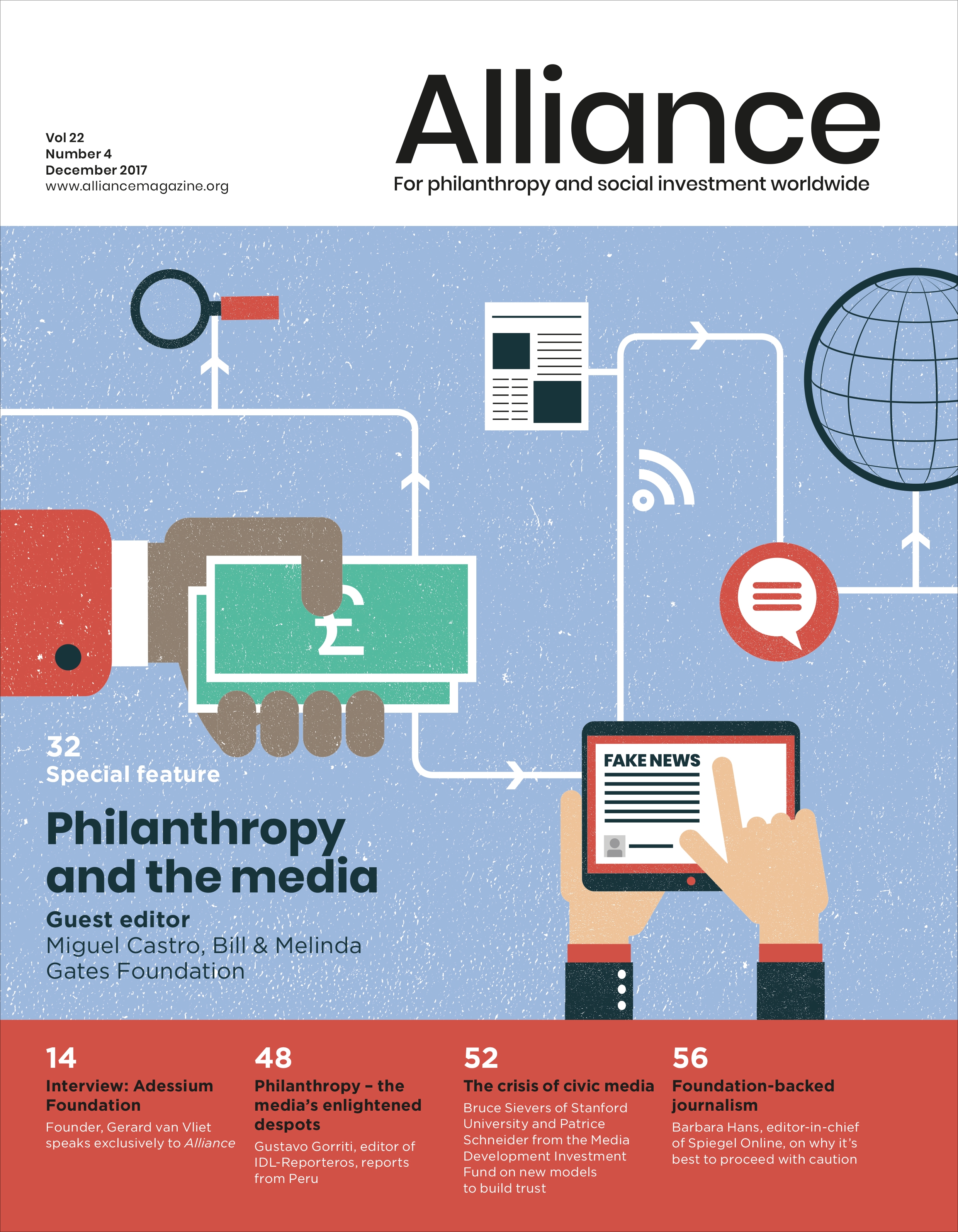 For more than a decade ominous clouds have been gathering on the horizon of civil society. A series of recent developments has drawn those clouds into a storm that threatens everything in its path – civil society’s information base, its norms and its operating mechanisms. Such a weakened civil society poses an existential threat to democracy.

We start from an understanding that civil society rests on four prerequisite institutional structures: free private associations, independent philanthropy, the rule of law anchored in legal institutions, and freedom of expression. The decline of civic media and the resulting deterioration of public discourse have put the last of these under severe threat.

The subversion of rational public discourse
Evidence for this decline is everywhere: plummeting journalistic print media sales, the demise of newspapers, the fragmentation of sources and outlets of information on public affairs, proliferating informational ‘echo chambers’, internet-enabled audience manipulation – both commercial and political – the viral spread of ‘fake news’, disinformation campaigns on social media, the power of a few digital gatekeepers, the addictive effects of digital media and the replacement of verbal communication by video. These are only some of the myriad ways in which rational public discourse is being subverted by a corrosive combination of technological and cultural forces. 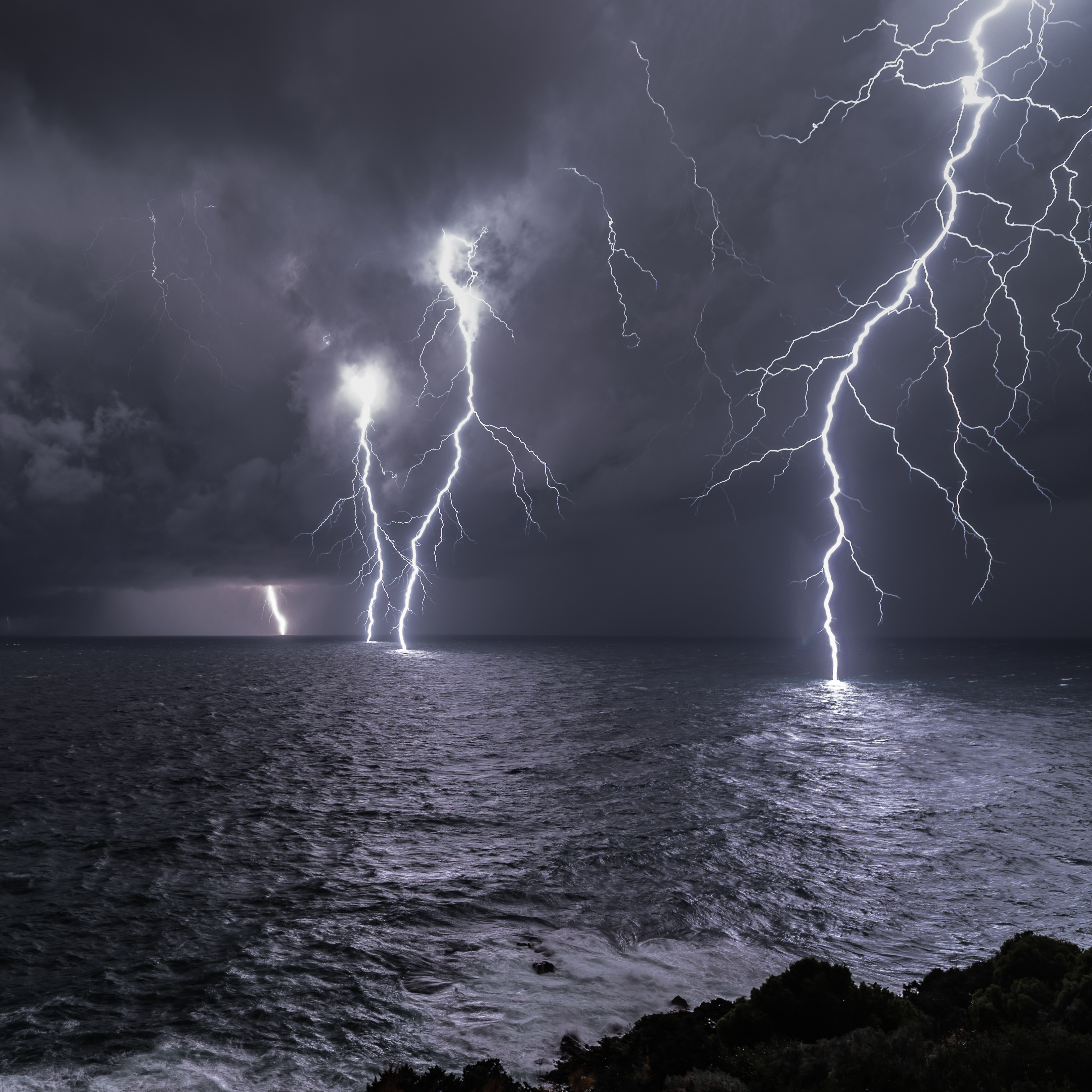 This cumulative process of disruption and decline has been described by many observers.

Traditionally, civic media was able to retain relative independence because it was supported by market forces that fortuitously served a public function while generating private profit.

Unfortunately, a convergence of technological and social forces arising early in the 21st century has led to a rapid disintegration of this model.

The result is an erosion of a primary pillar of civil society – the civic media that give the public its ability to arrive at free and rational opinion about public affairs, and, ultimately, to speak coherently and rationally to itself. Without such communication, democracy is threatened.

Philanthropy to the rescue?… with a couple of ‘ifs’

The trends are well known. What is missing from most analyses, however, are realistic proposals for solutions. As traditional commercial sources of support disappear and new sources appear insufficient to sustain an essential level of independent, substantive flow of communication about vital public issues, eyes increasingly turn to civil society’s essential source of support, philanthropy, as the best hope for strengthening civic media. (Proposals for increased public support, as for example recommended by McChesney and Nichols, are beyond the scope of this article.)

Social impact investors are increasingly interested in ways of deploying capital to protect the civic role of the media and sustain its vital function in democratic life.

Two challenges
Philanthropy faces two primary challenges in seeking to fill this role: first, the need to generate sufficient resources over a significant period of time to provide a reliable base for carrying out the necessary work; and second, the need to guarantee the independence of civic media from external influence, including from that of the philanthropists themselves.

In terms of generating sufficient resources, a wide range of ideas for improving civic media has been proposed.[1] We suggest that two of these approaches have particular promise:

Models based on mission-driven ownership or endowment support[2]
A European example is the Democracy and Media Foundation (DMF) in the Netherlands (see the article by DMF’s director, Nienke Venema). Founded as a resistance newspaper during the Second World War, DMF today is an equity fund with its largest share of capital invested in media companies.

Its ownership model allows it to protect the editorial independence of these publications by owning ‘a priority share which provides crucial veto rights should one of the newspapers be sold or its independence compromised’.

A quasi-endowment model in the US is The Poynter Institute, a non-profit that owns the Tampa Bay Times. Although we don’t know of any other news outlet that draws on a blend of endowment, earned income, and government grants, such a model, akin to the financial support structure of universities or other cultural institutions, is certainly feasible.

Impact investment in civic media
While independent news organizations are often commercial enterprises, they can be much more than that. Social impact investors are increasingly interested in ways of deploying capital to protect the civic role of the media and sustain its vital function in democratic life.

A leading example is the Media Development Investment Fund (MDIF) that has mobilized over $163 million of impact capital over 21 years – including capital from foundations – to invest in media companies in countries where access to free and independent media is under threat.

While this model has been geared towards emerging democracies, the civic media situation in western democracies justifies the exploration of similar impact investment models there.

A fundamental challenge for philanthropic funding of media organizations is the need to create a firewall between the donor and content.

Crucially, both of these approaches meet the second problem noted above, that of insulating the content of the work from funder influence. A fundamental challenge for philanthropic funding of media organizations is the need to create a firewall between the donor and content. This relates not only to ideological or political influence, but also to general subject matter choice.

Donors can justifiably exercise overall oversight of quality and reach, but their further intervention would undermine the journalistic independence of media organizations.

It is vital that funders adhere to a maxim similar to that typically applied to grants for university endowments: such support should advance the work of the institution per se rather than carry out a particular content agenda of the funder.

Whatever model is chosen, philanthropy should experiment with a variety of approaches that meet the two requirements of sustainability and independence. There is no magic formula for such a complexity of problems whose social consequences are massive.

Bruce Sievers is a visiting scholar at the Stanford Center on Philanthropy and Civil Society  and lecturer in political science at Stanford University. Email brsievers@onemain.com