Does philanthropy have too much influence? Or not enough?

Food systems are not just about food. Other forms of inequality are also intimately involved and must be taken into account

Brazil is central to the global debate on food systems. Many describe it as the ‘granary of the world’ though it’s a granary that depends on the industrialised and environmentally unsustainable food production and distribution known as agribusiness. Its predominance has led to the perverse coexistence of worsening hunger and malnutrition – 19 million people in Brazil currently live with hunger, according to a 2020 survey by the Brazilian Research Network on Food and Nutrition Sovereignty – and increased rates of obesity and other chronic diseases (an outcome of the growing consumption of ultra-processed food). Brazil is also a land of enormous inequalities, marked by the persistence of racism, which have been deepened by the economic recession, the pandemic and the rise of political authoritarianism. Too often, these issues have been seen in isolation from each other. This needs to change. 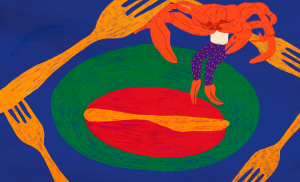 My work in strategic programming at Instituto Ibirapitanga – a Brazilian family foundation – has enabled me to reflect on the role that philanthropy plays in this complex scenario. Since 2017, we have been operating two programmes, Racial Equity and Food Systems. The Food Systems programme aims to contribute to the construction of a healthy, fair and sustainable food system.