‘He expanded the definition of “us” and shrank the definition of “them”.’ This was the core of Bill Clinton’s eulogy at the funeral of Martin McGuinness, the former IRA leader turned peacemaker in Northern Ireland. Solidarity, too, depends on a broader sense of ‘us’ and a narrower sense of ‘them’. It’s easy to be in solidarity with people like us. Unfortunately, the world is now witnessing a growth of ‘them’, with a narrow sense of solidarity sold as a patriotic resurgence. The solidarity that underpinned the 1951 Convention on Refugees has been reinterpreted in a way that allows governments to ignore global responsibilities to those most at risk.

What can be done if calls to solidarity no longer have the same resonance? Philanthropy is beginning to show a greater interest in the part that messaging can play in shaping more effective approaches to migration and refugee protection.

In the UK, for example, several donors have provided significant support for work on the way migration is presented. EPIM (The European Programme for Integration and Migration, the joint funder collaborative on migration) working with the Social Change Initiative (SCI) and the European Foundation Centre’s Diversity Migration and Integration Group, recently held events in Brussels for donors and civil society on the topic, and a number of donors are now considering how best to advance this work in Europe.

With the support of the Human Dignity Foundation, SCI recently partnered with Purpose to commission segmented opinion polling in France and Germany to get a better sense of what various clusters of the public think, why they think it, and what messages address their concerns.

Over 40 per cent of Germans have been active in helping refugees in the last year. Those in the ‘moveable middle’ need reassurance that the government is controlling refugee intake and effectively working to integrate.

The segmentation approach works by drawing on representative sampling of 2,000 people in each country, which provides insights for influencing public opinion, identifying the population segment most ready to take action to support refugees and migrants, that most hostile, and that with mixed views, including those most open to changing their minds. 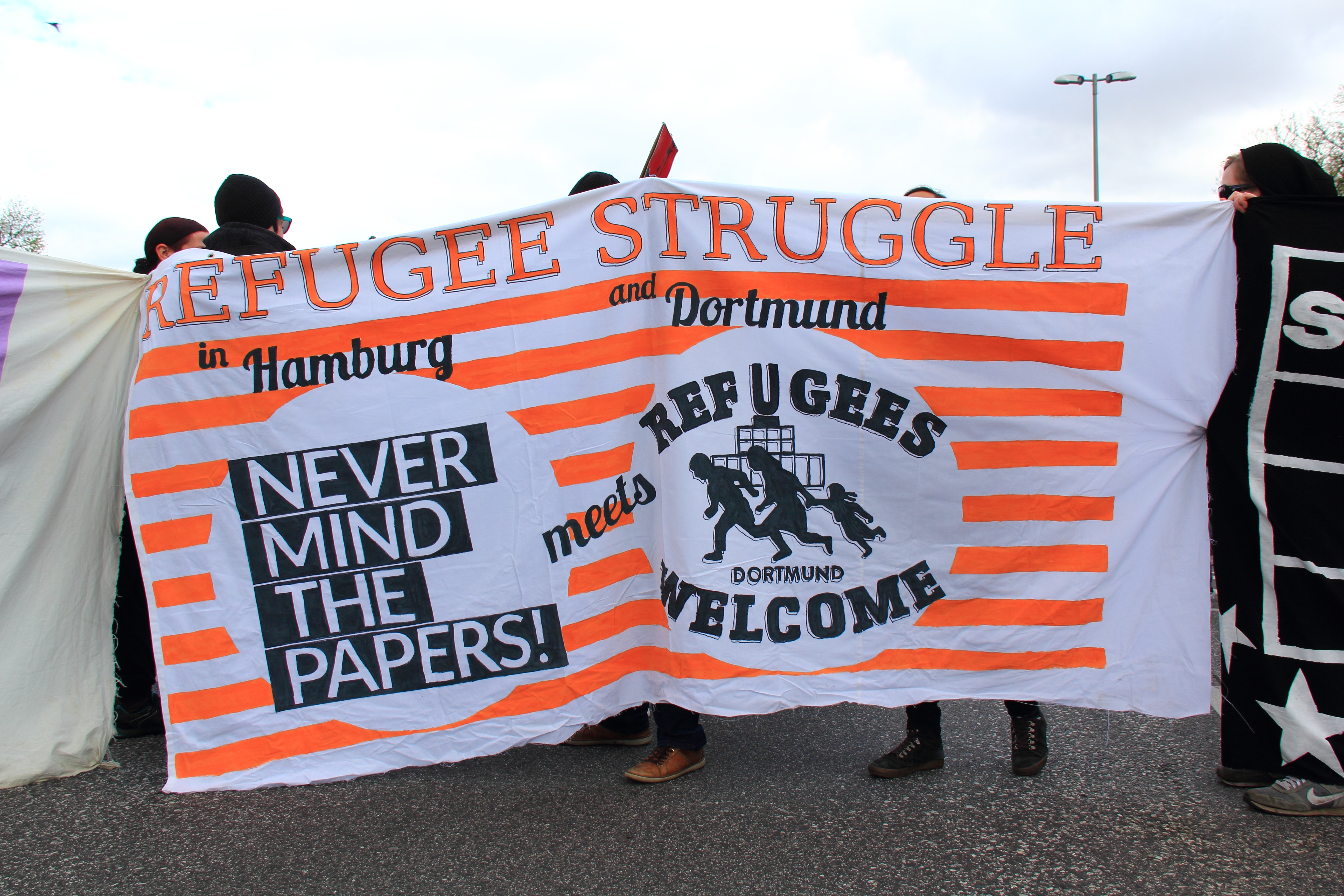 It is particularly important to identify the messages and approaches that might influence this latter group.

The research in Germany is the most advanced and will be published shortly. It found genuine solidarity as a concept alive and well there. Germans remain among the most supportive populations of immigration. Messages around shared humanity and culture are among the most persuasive.

Germans’ sense of responsibility to those seeking protection from conflict and persecution is tied to their identity as Germans. This ‘inclusive patriotism’ is perhaps at odds with broader global trends. Over 40 per cent of Germans have been active in helping refugees in the last year. 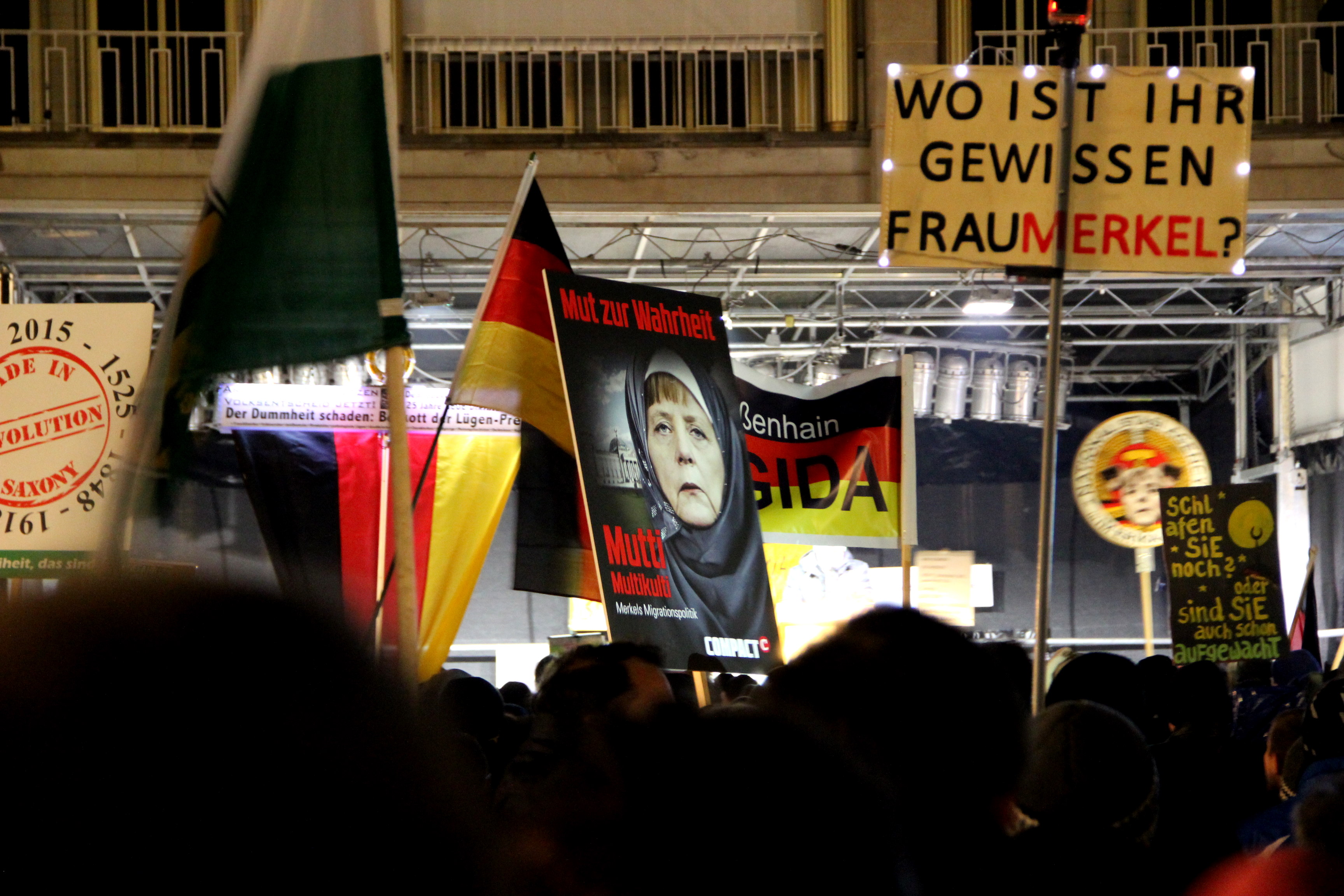 mages show a darker force of solidarity where an estimated 25,000 protestors attended an anti-Islam march in Germany. They were outnumbered by counter-protestors.

Those in the ‘moveable middle’ need reassurance that the government is controlling refugee intake and effectively working to integrate. Their greatest concerns relate to security and integration. Will refugees, particularly Muslims, integrate into German society?

This work takes people’s hopes and fears seriously, but it also seeks to craft effective messages that speak to their sense of values – solidarity with those in need being one such value.

The challenge is to extend this approach to a number of other European countries. Early work is under way in Italy, Greece and the Netherlands. Similar research has already been undertaken in the UK.

It is all too easy to throw our collective hands up in horror about current global developments. There is clearly growing anti-migrant and refugee opinion in a number of European countries, but research supported by SCI, and other work by the Tent Foundation and Pew, show that significant support also exists.

Philanthropy can help civil society to build on and extend that support. This is true solidarity in practice.

Martin O’Brien is director of the Social Change Initiative (SCI), an international organization based in Belfast with a focus on improving the effectiveness of activism for social change and working with donors in the social change field. He was previously senior vice president of Atlantic Philanthropies. Email m.obrien@thesocialchangeinitiative.org

Philanthropic solidarity: now more than ever