Collaborative philanthropy as a way to scale

Philanthropy is large, it contains multitudes.[1] Amid the diversity of philanthropy there is no ‘average donor’. We might as well ask what is the ‘average’ animal in a rainforest. Natural ecosystems are diverse. So is the philanthropic ecosystem. Just as the role of one species in an ecosystem may change over time, the roles of different types of donor are evolving. There are signs that impact-oriented donors are rising in scale and influence. And, like the keystone species in an ecosystem, their influence may be even greater than their abundance.

Impact-oriented donors
In 2015 Hope Consulting did the third round of its Money for Good research. It showed that 9 per cent of donors in the US compare among non-profits when making a donation – that is, they seek out the best non-profit, not just a good one. That may sound like a small number, but there are 319 million people in the US and 83 per cent of people donate. So, we can fairly estimate that we’re talking about 23 million Americans, who are responsible for tens of billions of dollars in giving each year.

This number has gone up. Twice. The first round of the Money for Good research, in 2010, showed only 3 per cent of donors engaged in this kind of comparative behaviour. In the second round, a year and a half later, that number rose to 6 per cent.

Three caveats are in order. First, all three rounds of the Money for Good research were weighted towards wealthier donors. But there is scant evidence that rich people are any more rational than others. Second, the research was of donors in the US so we must ask how this might apply in other countries. The spirit of giving is universal across the human experience, but there is no doubt that the specifics vary across cultural, economic and political context. Third, Hope Consulting has tweaked its methodology over time so the three rounds are not perfectly comparable. 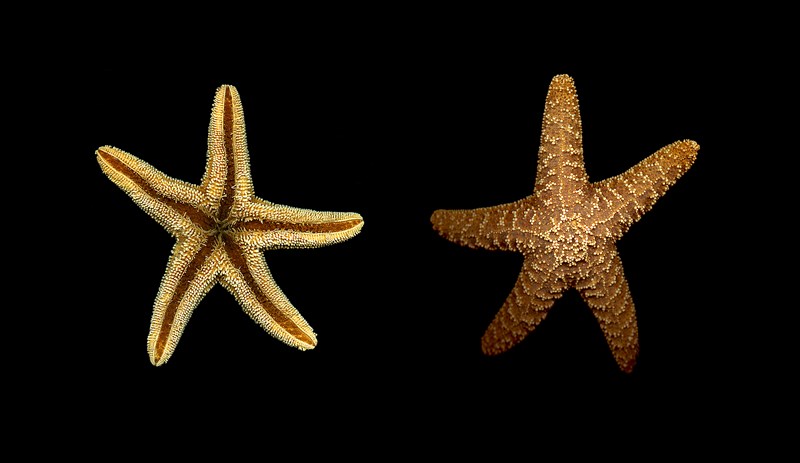 A species of starfish regulates the lives of other sea species in Makah Bay, Washington – similarly impact investors influence the philanthropy ecosystem.

The power of the keystone species
The essential point is this: most donors are not impact-oriented, but some are. And I would like to argue that impact-oriented donors are the ‘keystone species’ of the philanthropic ecosystem. The ecologist Robert Paine described ‘keystone species’ as those that influence an ecosystem in a way that is greater than you would expect given their relative abundance. In a classic experiment, he found that a certain starfish, the ochre sea star, regulated the rest of a tidal ecosystem in Makah Bay in Washington State. When the ochre sea stars were removed, the mussel population exploded, crowding out other species. Ed Yong explains in Nature what happened when Paine removed the starfish: ‘Within a year, the total number of species had halved: a diverse tidal wonderland became a black monoculture of mussels.’[2]

Keystone species regulate ecosystems in a variety of ways: beavers create the physical container of an ecosystem when they build a dam; certain plants are the dominant source of food for an ecosystem at certain times of the year; trees create a canopy of shade that enables a flourishing below.

‘One species helps set the terms by which an entire ecosystem operates. They may be small in number, but they are mighty in impact.’

In every case, one species helps set the terms by which an entire ecosystem operates. They may be small in number, but they are mighty in impact. In the same way, impact-oriented donors help to regulate philanthropy, providing a kind of stabilizing force in the philanthropic ecosystem. They are the signallers of excellence, and thus a mechanism of accountability.

Philanthropy evolves
In modern consumer society, expectations are changing. Donors are used to the information-rich experience of Amazon or Facebook. Those with impact-oriented inclinations are being empowered by technology. This has implications for the entire field. It creates new incentives for transparency by non-profits. That, in turn, leads to the release of more information that donors can see. And that helps a wider group of donors understand the opportunity to make informed giving decisions. Over time, these feedback loops drive greater accountability and greater learning, helping us as a field evolve better in the face of a changing world.

Impact-oriented donors are not an invasive species, nor have they just evolved. They have been here all along. But their influence is growing. With luck, that growth will help ensure diversity and dynamism across the entire philanthropic ecosystem. Philanthropy is large, it contains multitudes.

Jacob Harold is president and CEO of GuideStar. Email jacob.harold@guidestar.org