Philanthropy in emerging market countries and the opportunity for radical transformation

‘If you want to give back to India, this is the best time to do so,’ Indian prime minister, Narendra Modi, told the Indian community in the US during his visit to America in June 2017.

Over the past three years, Prime Minister Modi has interacted with the Indian diaspora across the world in ways that are unprecedented in the history of independent India. 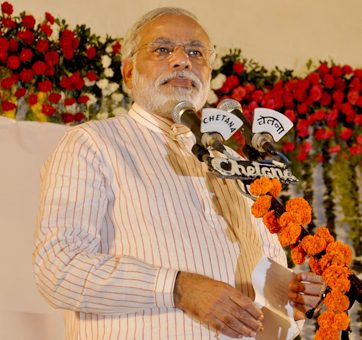 In a sense, there are more renewed connections between the Indian diaspora and the country of its origin today than ever before.

Has this resulted in greater diaspora philanthropy?

The answer is not clear, mainly because of the lack of systematic data about the philanthropic activities of the Indian diaspora.

Most studies and reports focus on the diaspora in America.

However, there is evidence of increased activity of diaspora philanthropists in India’s socio-economic development. Let me identify some key trends:

First, the focus of diaspora giving is still widely connected to ‘backyard’ initiatives. As I argued in 2013, ‘commitment to give back to home society’ is most active among Punjabis in Canada and Gujaratis in America. Village schools in Punjab have been the main beneficiaries of such diaspora philanthropy.

Second, education and health continue to be the principal areas of diaspora giving, with funding for schools and colleges, hospitals and clinics dominating.

Several ‘big’ new diaspora philanthropic initiatives, such as the Hans Foundation for health and Ashish Dhawan to Ashoka University, have reinforced these trends.

Other areas related to education and health, such as teacher training and primary preventive healthcare, do not find much support.

Third, several intermediary mechanisms have emerged to aggregate individual giving. There are two main forms. One is through charitable, tax-saving institutions in home countries, such as American India Foundation and Give India.

Another is Indian non-profits setting up American entities – for example, Pratham for education and Kashaya Patra for children. These have helped mobilize philanthropic support from the diaspora.

Fourth, while much public attention is focused on diaspora philanthropic initiatives in health and education, there are increasing religious and nationalist overtones to the causes and channels through which philanthropic donations move, which the media have sometimes noticed.

Sikhs from the UK giving support to Punjab’s autonomy movement made some headlines during the Punjab Assembly elections in 2017, while Zakir Naik and his Islamic Research Foundation receiving foreign donations made front-page news several times, with suggestions about diasporic connections from the Middle East.

Much less is publicly heard about Hindu nationalist-oriented diaspora philanthropy, though some connections between Hindu diaspora and Baraty Janata Party (BJP)-supported charitable activities have been hinted at.

While much public attention is focused on diaspora philanthropic initiatives in health and education, there are increasing religious and nationalist overtones to the causes and channels through which philanthropic donations move.

A clearer example of mobilizing diaspora donations was the setting up of an American non-profit entity by Ekal Vidyalaya Foundation, closely affiliated with the Rashtriya Swayamsevak Sangh (RSS), a Hindu nationalist organization.

For example, the Rizwan Adatia Foundation has been supporting several development projects in India for the past few years. Its founder is settled in Mozambique, with business interests in several African countries.

Sixth, while ‘reverse’ diaspora giving is not yet a very prevalent phenomenon in India, philanthropic activities in countries outside India by Indian corporates who have become increasingly global are growing.

A celebrated instance some years ago was Harvard Business School receiving a gift of $50 million from the philanthropic entities of India’s Tata Group.

Indians were very active in supporting relief and rehabilitation efforts in Nepal following the earthquake of April 2015 which, considering the strong cultural and historical ties between India and Nepal, is understandable.

While ‘reverse’ diaspora giving is not yet a very prevalent phenomenon in India, philanthropic activities in countries outside India by Indian corporates who have become increasingly global are growing.

However, there is little evidence of such donations from Indians being sent to other countries.

Seventh, the Indian government has been actively promoting Diaspora Day since 2003. It is celebrated as Previse Bhatia Divas (PBD) on 9 January every year.

The diaspora, it seems, does not trust the Indian government and its institutions.

So, whither Indian diaspora philanthropy?

Despite some new trends and developments, the full potential of diaspora philanthropy is yet to be realised in India.

Cumbersome and corrupt regulatory frameworks and the absence of a reliable database of non-profits in India continue to be the two main obstacles.

Dr Rajesh Tandon is founder-president of the Society for Participatory Research in Asia (PRIA).

Finding a way in Kashmir