Towards a new development cycle

The sixth edition of Census GIFE, the report of GIFE’s biennial mapping of the performance of its members, indicates that Brazilian philanthropy grew by 8 per cent compared to 2010. The total social investment of R$2.35 billion in 2012 is part of a continuous series of increases since 2009, the peak of the global economic crisis, when investment decreased by 5 per cent. Between 2009 and 2011 growth was 14 per cent.

The survey covered 100 of GIFE’s associated 143 organizations, including corporate, family, independent and community foundations. The census indicates that the economic oscillation over the period had only a negligible impact on investment. 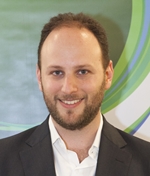 The volume of investment in the environmental area is 7 per cent of total social investment among GIFE’s members – about US$ 68 million. ‘Although almost half of the members invest in the environment, the field attracts only 7 per cent of the amount invested. This indicates that investment in this area is generally secondary to other areas (only 4 per cent say that this is their main area of operation). Moreover, many of the actions in this field dropped off and had low investment,’ explains GIFE’s Andre Degenszajn (pictured), who took on the role of secretary general on 1 March when Fernando Rossetti stepped down after eight years.

The census also indicates a number of factors that prove a higher quality of investment, based on the strategy and the quality of social action. More than just a simple data presentation, the census constitutes a great tool for monitoring and influencing trends in Brazilian philanthropy.