How is corporate India responding to the new CSR law?

A full fiscal year has passed since the new Indian Companies Act 2013 came into force, mandating CSR for companies meeting certain criteria of turnover, net worth and net profit. One still observes a lot of excitement and hope, but the impact of mandating CSR in India is as yet unknown.

In the meantime the Ministry of Corporate Affairs (MCA) has constituted a High Level Committee to suggest measures for improved monitoring of the implementation of CSR policies by eligible companies coming under Section 135 of the Act.

MCA has also come out with a first short list of what it likes to call ‘sanitized’ NGOs – ‘free of any terrorist links or unwanted funds’ – that companies may choose to partner with for implementing their CSR policy.

MCA is listing the ‘sanitized’ NGOs through the Indian Institute of Corporate Affairs (IICA). NGOs for CSR purposes (CSR implementing agencies) will be registered with the ‘Implementation Agencies Hub for CSR’. It is hoped that this will synergize partnership between corporations and NGOs and meet the requirement of companies looking for NGO partners. The process for NGOs requires online registration and submission of a number of notarized documents and payment of Rs 10,000 (US$159). Only NGOs whose average turnover over the last three years is at least one crore rupees ($158,730) will be eligible. 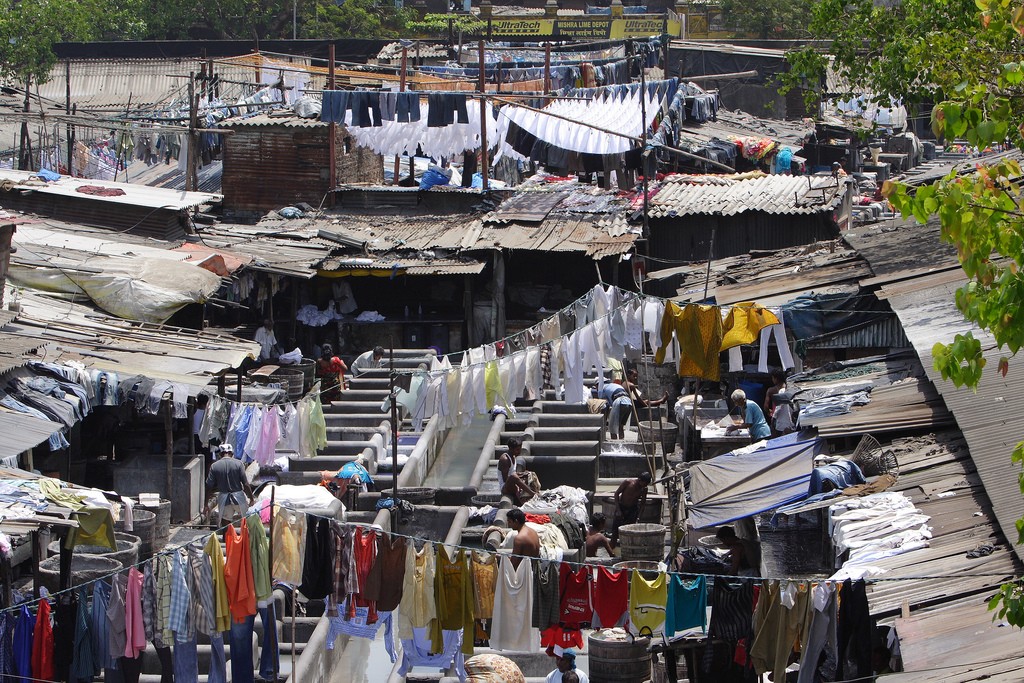 Every day, hundreds of washermen work in the open laundry in Mumbai, India. Credit: http://www.globaleducation.edu

Companies are likely to give greater weight to IICA listing than to NGO evaluation by sector-focused initiatives like GiveIndia, GuideStar India, HelpYourNGO and Samhita.

While CSR has been made mandatory under law, NGOs that were expecting a bumper crop of funds have not been able to harvest even a trickle. The estimated Rs 20,000 crores ($3.195 billion) has been scaled down to just Rs 5,000 crores ($799 million). Why is that? Below are some possible reasons.

Over the next couple of months we will know how exactly ‘corporate India’ has performed in the CSR space. In the meantime, companies in India have not yet understood the real value or benefit that accrues from being CSR compliant, with or without the law mandating it. Also, unfortunately, neither Section 135 nor the CSR Rules have accounted for ‘employee engagement’. In the West, employee engagement is a major component of a company’s CSR policy.

Noshir Dadrawala is CEO of the Centre for Advancement of Philanthropy. Email noshir@capindia.in