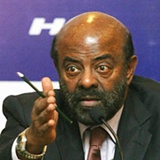 Indian industrialist Shiv Nadar’s donation to his foundation last month of $125 million from his personal fortune catapults him into the list of India’s top philanthropists. The donation coincided with Bill Gates making the prediction that India will become second only to the US in its high-end philanthropy, a challenge the Indian Philanthropy Forum (IPF) is rising to.

In its report on Indian philanthropy, published in March at the launch of the IPF, Bain & Co asked the question ‘What will it take for our giving to reach the levels of the US or the UK, where philanthropy tops 1 per cent of GDP annually?’ The answer? More people following in the footsteps of Nadar. Given the fact that Indian philanthropy amounts to only 0.6 per cent of GDP, compared to 2.2 per cent in the US, some would take a pessimistic view of a timeframe for such a shift.

However, in response to Nadar’s pledge, Deval Sanghavi, founder of Dasra and IPF, commented optimistically: ‘This is clearly an example of a new trend that will see the rich in India giving more than they have ever before. Expect many such announcements in the coming months.’

IPF membership is growing, with new members joining weekly from within India and across the globe. It is clear that many people know they should be giving more but feel lost in the sea of 3.3 million NGOs across India (a new figure published late last year by the Indian government). We are realizing there is a growing hunger for strategic philanthropic advice.

In July the forum’s first event since the launch was well attended. Cross-sector experts debated the issue of quality in state education and made a strong case for the role of private philanthropy in promoting partnerships between the best non-profit programmes and Mumbai state schools.