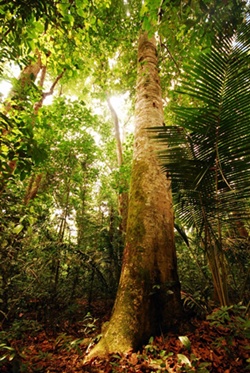 The Skoll Foundation and AVINA announced a $6 million partnership in March to tackle Amazon deforestation in response to climate change. Tropical deforestation accounts for approximately 20 per cent of global carbon emissions, releasing an estimated 2 gigatons of carbon dioxide into the atmosphere and reducing the planet’s sequestration capacity. Curtailing deforestation is one of the largest mitigation opportunities, with the Amazon rainforest, which accounts for 30 per cent of the planet’s tropical forests, absolutely critical.

‘When one factors in both the rate and extent of deforestation in the Amazon – with scientists estimating the region is just two percentage points of additional deforestation from tipping into irreversible damage – the case for holding the line is urgent, the time for acting now,’ says David Rothschild, the programme officer at Skoll managing the partnership with AVINA. ‘By working together in the Amazon, we and AVINA can bring more resources to bear on the most innovative approaches to deforestation.’

‘People who live within the Amazon are the key actors,’ says Federico Bellone, Amazon programme manager for AVINA. ‘Skoll and AVINA will focus on coordinating and strengthening key leaders and organizations from the Amazon around shared agendas for change. Looking at the Amazon as an ecosystem, the two organizations will develop an integrated approach with linkages, common goals and coordinated efforts between strategic partners, leading to slower deforestation, with a long-term goal of halting deforestation.’

AVINA and Skoll will focus on four strategic areas:


The partnership is already delivering results. In Pará state, Brazil, cattle farmers are starting to adhere to reforestation projects thanks to the work of IDESAM (the Institute of Conservation and Sustainable Development of the Amazon), supported by the partnership. This year also saw the first map of all natural protected areas and indigenous territories for all the countries in the Amazon, published through collaboration of 11 civil society organizations, also supported by the Skoll–AVINA effort.

For more information
Contact Federico Bellone at Federico.Bellone@avina.net
The Amazon map is available at http://www.raisg.socioambiental.org/files/ECLI310509z12.pdf

See Susan Bell on the opportunities for making progress on climate change presented by the new US administration.