Philanthropy, or the act of giving, finds itself on an exciting cusp in contemporary Africa. While the term ‘philanthropy’ may still conjure up perceptions of vertical charitable giving (the rich in the North giving to the poor in the South), many consider giving an intrinsic part of African life and customs. Horizontal forms of philanthropy, referring to peer-to-peer giving or assistance within poor communities based on reciprocity, solidarity and cooperation, have long been practised in Africa.

The past two decades have seen a rise in more formal forms of giving aimed at addressing specific issues and creating impact at a more structural level. Formal structures of philanthropy include foundations and trusts set up by high-net-worth individuals (HNWIs) in Africa, as well as charitable organisations which, while established with external resources, are led by Africans and have distinct objectives relating to African development. Well-known foundations established by HNWIs include the Aliko Dangote Foundation in Nigeria and the Chandaria Foundation in Kenya, while charitable trusts and vehicles that promote philanthropy include the Southern African Trust as well as the Ghana-based African Women’s Development Fund.

By 2017, there were 167,970 HNWIs in Africa with a combined wealth of $1.7 trillion. This gives some indication of the potential for major giving.

The growth of homegrown philanthropy in Africa has its roots in a number of phenomena, one of them being the 2008 financial crisis which resulted in long-standing foreign donors being forced to reflect on their support to some countries in Africa. The limits of development assistance deepened the discourse around self-sufficiency and sustainability, particularly in regards to Africa’s attainment of the Sustainable Development Goals (SDGs) by 2030. Being hopeful in domestic resource mobilisation is not unrealistic when looking at the steady growth of wealthy Africans on the continent. By 2017, there were 167,970 HNWIs in Africa with a combined wealth of $1.7 trillion. This gives some indication of the potential for major giving. However, in reality, the scale of giving is not known; many HNWIs give anonymously or are reluctant to publicise their donations in totality. 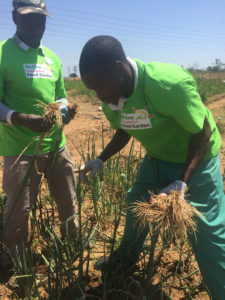 Basic needs versus policy
There is a general dearth of published material on if and how philanthropy supports policy development. Foreign donors such as the Ford Foundation, Charles Stewart Mott Foundation and Heinrich Böll Foundation, among others, have long supported policy advocacy in Africa. However, the extent to which African HNW philanthropy is geared towards supporting policy development or advocacy is more nebulous. The few available studies on patterns of HNW giving in Africa suggests that support is largely geared towards interventions related to education, health, entrepreneurial activities and infrastructure development. These programmes, while fundamental to wellbeing in Africa, are preferred as they are tangible and relatively easy to account for. By contrast, policy work requires long-term support and its outcomes are often not easily visible or measurable. This may not be attractive to philanthropists, many of whom are located in commercial sectors and whom often apply business acumen to the investment of resources.

There is growing support for advocacy for improved policies. Such policies include those related to health, housing, education, food security, natural resource governance, rural development and micro-credit, among others.

The Social Justice Initiative (SJI), established in 2013 in South Africa, is funded largely by local philanthropy. The SJI supports civil society organisations to undertake activities related to policy advocacy, a strategy critical for achieving systemic change. According to the organisation’s executive director, Bongi Mlangeni, when engaging philanthropists, SJI articulates the importance of responding to a social issue comprehensively, rather than a policy issue in isolation. For example, working with philanthropists on addressing gender-based violence (GBV) involves highlighting the endemic nature of the problem and its relationship to many other societal problems. Donations received are used for both policy advocacy as well as service delivery interventions for GBV survivors.

Growing evidence of a change
A recent study of 19 philanthropy institutions in Africa revealed that while many still focus on service delivery, particularly in education, there is growing support for advocacy for improved policies. Such policies include those related to health, housing, education, food security, natural resource governance, rural development and micro-credit, among others. The motivations for supporting policy advocacy were not fleshed out in the study, titled African Philanthropy: Evolution, Practice, and Change. However, the reason for this growing support for policy work could be based in the author’s assertion that HNW philanthropists have, in the past, been criticised for their unwillingness to support policy initiatives that promote greater accountability within government structures.

The APF as a platform for engaging philanthropists across Africa on sustainable development and strategic investments, has recognised the need to create more dialogue around working with government.

There is also a concerted effort among philanthropic foundations in Kenya to engage more strategically with government. Research conducted between July 2016 and January 2017 by the Organisation for Economic Co-operation and Development found the biggest reason for sharing data and information between foundations and government was in order for the former to influence policy and the latter to strengthen it. Again, the specific details of what policies were influenced and strengthened and how, were unfortunately not explored.

Founder of the Wellbeing Foundation, Toyin Saraki, has always been clear about her desire to work strategically with the government of Nigeria. During the African Philanthropy Forum’s (APF) 2017 annual conference in Nigeria, Saraki discussed her work with Nigeria’s National Primary Health Care Development Agency where she advocated for the training and re-deployment of retired midwives to rural areas. This action contributed to a reduction in the country’s rate of maternal mortality in later years. The motivation to work at a systems level lay not only in Saraki’s own difficult childbirth experience, but also on the recognition that working with government was critical for Nigeria to attain the SDGs.

Platforms strengthening policy advocacy
The move towards strengthening focus on policy development can also be seen at a regional level. The Kenya/Tanzania/Uganda Philanthropy Forum, a loose network of approximately 40 philanthropy organisations working together on an enhanced policy environment, is an example of a collective voice for policy advocacy. In addition to advocating for improved policies in the education sector, the Forum is working towards a more efficient and beneficial legal environment for philanthropy. Similarly, the APF as a platform for engaging philanthropists across Africa on sustainable development and strategic investments, has recognised the need to create more dialogue around working with government. According to the organisation’s executive director Mosun Layode, APF believes that while philanthropists still generally tend to be service-driven, they are clear on wanting to be part of more systemic changes.

Beyond diplomacy with government
There is a belief that beyond simply working with government to help achieve national goals, HNW philanthropy could take a stronger stance on government accountability. Halima Mahomed noted in an earlier issue of Alliance that more critical analysis of certain policies and pieces of legislation was needed. Organisations such as the East African Sexual Health and Rights Initiative (UHAI EASHRI), an indigenous activist fund in Kenya, adopts such a stance. UHAI EASHRI supports organisations working with sex workers and on sexual rights in seven African countries where lesbian, gay, bisexual, transgender, intersex, queer/questioning, asexual (LGBTIQA) rights are not always upheld. UHAI EASHRI supports interventions that challenge the effectiveness and constitutionality of policies and legislation by funding research and evidence-gathering, social mobilisation with other activists and capacity-building activities. For example, UHAI EASHRI is supporting a petition to determine whether sections of Kenya’s Penal Code, known as the morality clause, are unconstitutional.

It is decidedly encouraging to see a move, albeit a slow one, towards greater support for policy work on the continent. Interventions with a more service-delivery slant certainly fills some social gaps for select communities. However, convincing philanthropists to invest in building a more efficient policy and legislative framework is one way to ensure governments fulfil their obligations to meet the social needs of all.

An original version of this article appeared in Africa Portal, available at: https://www.africaportal.org/features/philanthropy-policy-table/. Alliance magazine thanks Africa Portal for permission to publish it here.