Place based giving the right way

The 9 February Alliance magazine Breakfast Club, hosted by St Luke’s Community Centre in London, and sponsored by the Charities Aid Foundation, stayed true to its motto embodied in the hashtag #ShiftThePower.

The event focused on the rise of community philanthropy which was also the theme of the December 2016 issue of the magazine, guest edited by one of the panelists, Barry Knight. 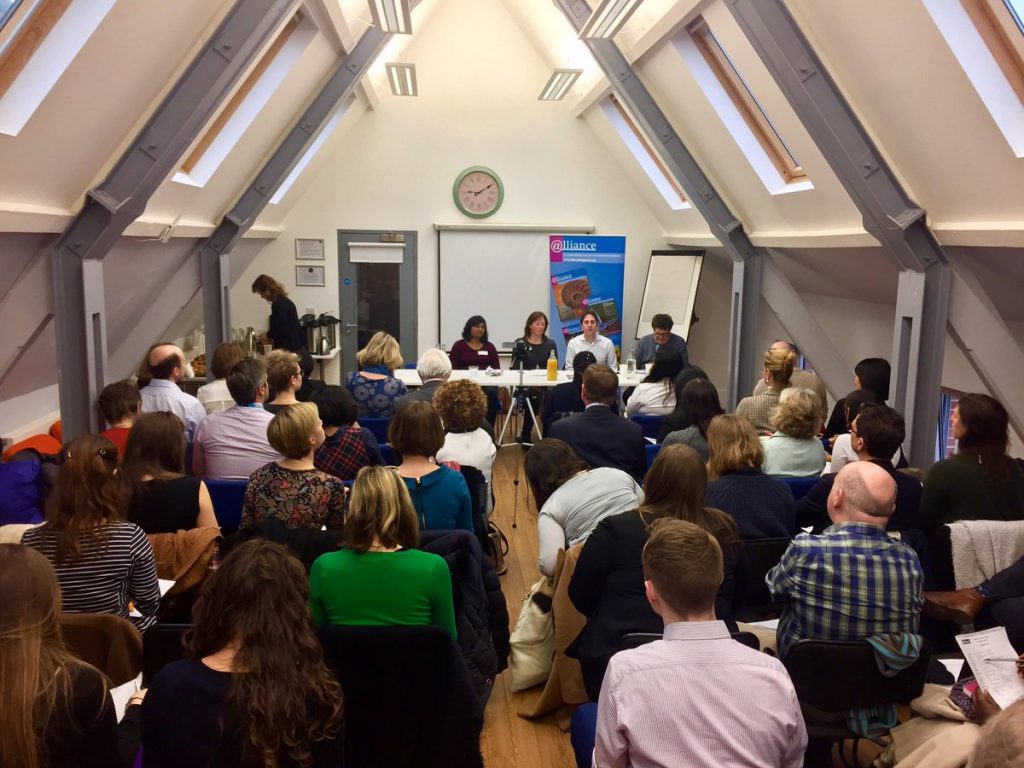 The breakfast club panellists discussed the Global Summit on Community Philanthropy in Johannesburg which occurred in December 2016. They expanded upon what the momentum that was established at the summit means going forward, in terms of community philanthropy and shifting power into the hands of local governments and organisations.

Barry Knight kick-started the conversation by offering a theory into why international development is often taken the wrong way, saying that the reason for this ‘is because of assumptions’ which drive everything that we do. He stressed the idea that trust is the ‘central feature’ in the way the world works and the very reason that shifting the power is necessary.

Trust is the foundation of every society, and by building societies from within by investing in local leadership we can begin to regain that trust that is so vital. Knight insisted ‘we cannot make it happen, but we can create the conditions in which it can’. 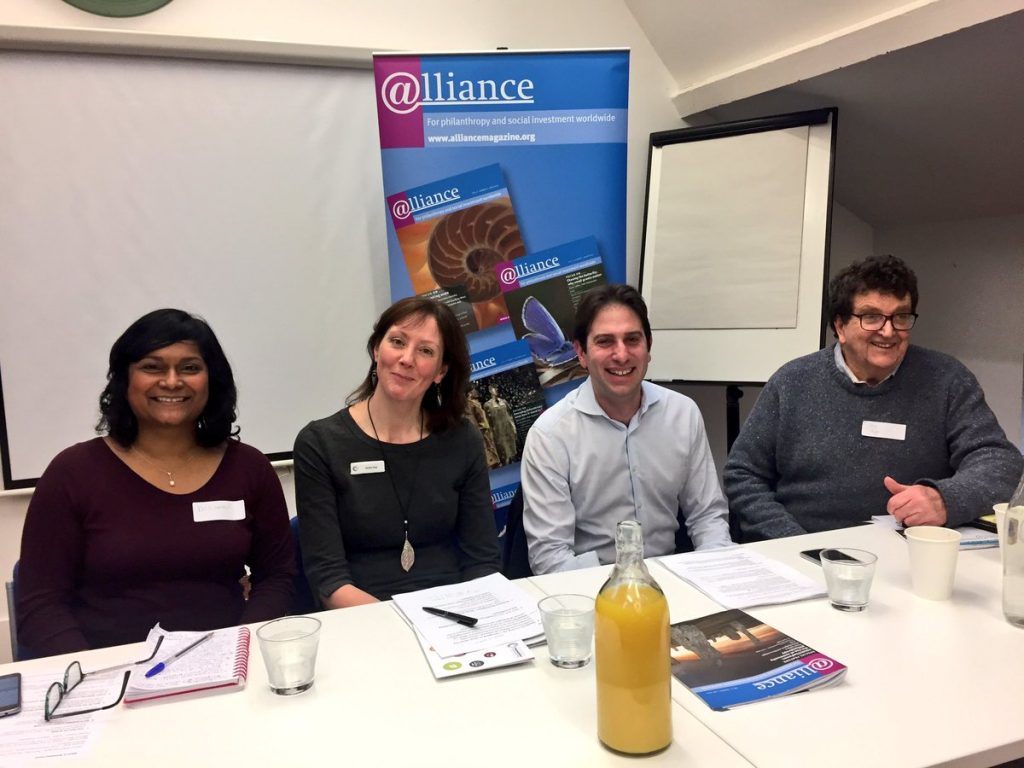 Wijeyesekera held that the reasons we care about community philanthropy are clear, but the way in which we contribute – the ‘how’ – is what is most important.

By focusing on resources, capital, and conversation rather than just money, we can build stronger communities ‘on an international basis’ while focusing on a journey to become obsolete. This forward-thinking notion is important for the long-term role of community foundations ‘imagining a vision where they’re no longer required’.

Danny Sriskandarajah took a similar route in terms of forward-thinking community philanthropy, focusing on creating a ‘new mechanism’ by which we can successfully shift the power into the hands of local communities while also protecting citizen action. 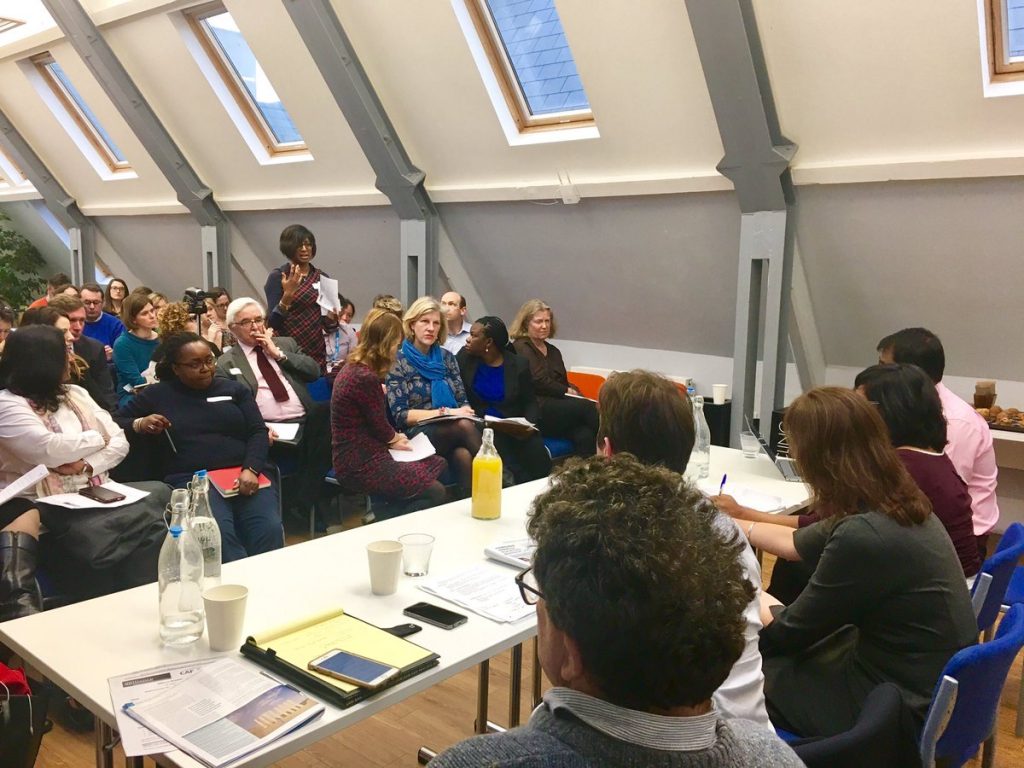 This innovative approach elaborated upon Barry Knight’s original focus on the importance of trust, with Sriskandarajah noting that trust in established institutions is incredibly low and that this problematic level of trust is the primary reason that we need to shift the power – to save ourselves from losing it altogether.

Sriskandarajah optimistically ended the discussion saying that new forms of philanthropy are emerging and that a ‘new generation of citizen action is manifesting itself in creative, disruptive ways.’

By disrupting or shifting the power typically allocated to large funders to community foundations, community projects will not only be more effective by taking on a ‘ground-up’ approach, but also local communities will be able to sustain this power.

For more information on community philanthropy and the #ShiftThePower movement, read the December 2016 issue of Alliance, guest edited by Jenny Hodgson and Barry Knight.

You can watch the discussion in full on Youtube.

Halie Dalton is a student at James Madison University, Virginia, and is currently editorial intern with Alliance.