Are you a positivist or an idealist about social programmes?

ONE WEEK MORE for nominations for Olga Alexeeva Memorial Prize

How to Tap Into Donor-Advised Funds

Peter F Geithner, for decades a pivotal figure in the Ford Foundation’s programmes in Asia and a long-time catalyst for the development of philanthropy in the region, died in July 2016. He has been remembered at private and public services in Orleans, Massachusetts; at the Ford Foundation in New York; and in Beijing. 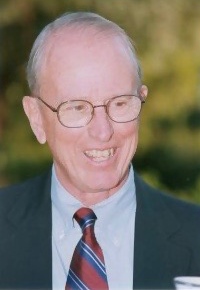 Peter joined the Ford Foundation in the early 1960s and worked there for almost 30 years. He served as deputy representative for India, representative for South-east Asia, programme officer for developing country programmes and as the foundation’s first representative for China, in Beijing. Peter also served as adviser to the Asia Center at Harvard University, China Medical Board, Japan Foundation Center for Global Partnership, Rockefeller Brothers Fund and other organizations, and on the boards of bodies such as the National Committee on U.S.-China Relations, China Center for Economic Research, Center for the Advanced Study of India, and Institute of Current World Affairs. ‘He was devoted,’ his family has written, ‘to his colleagues and friends throughout the world and to their aspirations and causes.’

Peter was the guiding force of the Ford Foundation’s extraordinary work in Asia after moving to Delhi with his spouse Deborah in the late 1960s. In the ensuing years he worked in or very strongly influenced Ford’s extensive philanthropic efforts in Bangladesh, China, India, Indonesia, the Philippines, Thailand and Vietnam.

Ford’s work in the region has been effective because of its ethos of programming based on local needs and priorities through country and regional offices; Peter represented, defended and strengthened that philosophy in all his working life for Ford.

In his own right, Peter was an extraordinary philanthropic programmer. He understood and deployed the catalytic role that an organization like Ford could play, with exquisite sensitivity to national priorities, customs and institutions. He worked both to build institutions, and to support and strengthen individual capacity, always making links between the two. His extraordinary ability to really listen to people, and his flexibility, integrity, political sense and the decentralized nature of Ford’s work, made him the leading philanthropic programmer of his era in Asia of any nationality.

Today Asia is studded with foundations and non-profits and philanthropy has entered a period of rapid growth. These developments owe much to institutions at local, national and regional levels, for many of which Peter Geithner was the inspiration.

Today Asia is studded with foundations and non-profits and philanthropy has entered a period of rapid growth. These developments owe much to institutions at local, national and regional levels, for many of which Peter Geithner was the inspiration.

I worked with Peter for many years, beginning when I joined the small team that he led to establish the Ford office in Beijing in late 1987 as the first foreign foundation to open an office in China. He led Ford through the development of clear-sighted programmes in China, and through the difficult times during and after the Tian’anmen demonstrations and government crackdown in 1989.

He saw needs and philanthropic opportunities earlier than others. For example, he began exploring the role Ford could play in Vietnam in the 1970s and 1980s, then provided crucial support when I managed and expanded those programmes in the early to mid-1990s. He played similar roles for Ford, and for philanthropy, in many other Asian countries.

With Peter’s death and those of Barnett Baron in 2015 and Tadashi Yamamoto of the Japan Center for Intellectual Exchange (JCIE) in 2012, we have lost a key triumvirate of outstanding philanthropic leaders who worked together for many years to build the infrastructure for philanthropy in Asia, and to support the generations of foundation, non-profit and research personnel who have carried forward this work.

Peter Geithner was predeceased by his beloved spouse Deborah, whose own important role in Ford’s effective efforts in Asia is well understood by those who knew her. They are survived by four children and nine grandchildren. Alliance mourns the passing of this exceptional philanthropic leader.