Endowments, a mainstay of philanthropy in the US and Europe, are unknown, undeveloped or in decline in many parts of the world. A recent upsurge in some countries reflects a reaction to the 2008 economic crash, the withdrawal of international funding, the increze in places where previously the state had kept a jealous hand on all initiative. Alliance asked philanthropy professionals in four countries where interest in endowments is either kindling or rekindling what progress has been made and what advantages they expect from this.

Egypt
Egypt, like many other Arab countries, has a long tradition of the waqf, ‘the oldest form of Islamic charitable endowment’, as Heba Abou Shnief of the Gerhart Center at the American University in Cairo calls it. Its use in support of private civic initiatives was curtailed in the late 1950s when a Ministry of Awqaf (Arabic plural of waqf) took over the administration of charitable endowments. 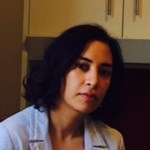 The  waqf has resurfaced on the political agenda due to the ‘opening of the public space, albeit briefly’ following the Arab Spring uprising. Article 90 of the new constitution of 2013 ‘encourages and protects the creation of charitable endowments, thus paving the way for the revival of civic awqaf in Egypt’. But this is not yet the end of the story. Egypt’s ‘tumultuous transition process’ means that no new legislation has yet been proposed, though it has been speculated that a new parliament (Egypt has been without a legislature since 2012)may eventually discuss such a matter.

Turkey
The Turkish waqf, the vakif, has a similarly long pedigree, and on the face of it enjoys a more favourable position than its Egyptian counterpart. It has never been the object of government appropriation, and in 2008 a new law signalled a move in the direction of ‘more autonomy and freedom’, says Başak Ersen of TUSEV. 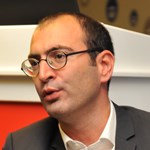 This came about partly in response to public pressure and the requirements of EU accession negotiations, he adds. Under the law, the minimum mandatory amount required to set up an endowed foundation decreased by almost 90 per cent, with the predictable result that ‘this new regulation eased and encouraged people to establish new foundations. Almost 400 new foundations have been set up since then, bringing the total number to 4,800’.

Russia
In Russia, legislation governing the formation of endowments by non-profit organizations was enacted in 2007 as part of a move to create a more enabling environment for the non-profit sector. It also regulates the governance of endowment funds, setting high levels of transparency and accountability. Unfortunately, owing to legislative complications, charitable foundations are excluded from its provisions, says Oksana Oracheva of the Potanin Foundation. The problem arises because, in addition to the NGO legislation, charitable foundations are governed by a special law on charities, which defines what is charitable and what is not. Endowment grantmaking is not according to this law a charitable activity, which means that charitable foundations can’t form endowments. 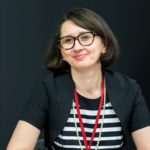 Brazil
By contrast, there is no legislation regulating endowments in Brazil – although the absence of regulation does not mean that endowments cannot exist in Brazil, as demonstrated by the endowed Maria Cecília Souto Vidigal Foundation. However, as Paula Fabiani of IDIS points out, ‘donors do not feel incentivized to create endowments due to the legal uncertainty’. A number of Brazilian donors have established mechanisms overseas in more favourable legislative climates, while IDIS is at the forefront of a campaign to press for endowment legislation.

‘In Brazil, donors do not feel incentivized to create endowments due to the legal uncertainty.’ 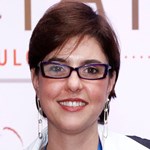 There have also been some political moves, in the shape of a bill introduced by a senator to set up endowments for private and another one introduced by a congressman that benefits all non-profits. The debate set in motion by these moves has led to increased interest in them among government authorities and donors, ‘crucial stakeholders’.

Towards an enabling environment?
Though these moves might be construed as cautious nods of governmental approval towards the foundation idea, it is by no means always the case that they are part of a coherent plan to create a more conducive environment for philanthropy. Heba Abou Shnief is clear, for example, that developments relating to awqaf in Egypt ‘cannot be seen as part of a clear and consistent policy shift towards creating an enabling environment for philanthropy, given the setbacks on the philanthropic and civil society scene over the past five years’.

Nor does Başak Ersen feel that the 2008 law in Turkey was ‘part of a holistic approach of the government’. In fact, ‘the government has been reluctant to amend complementary legislation, namely tax laws, which are crucial for the sustainability of the endowments.’ Though Turkish foundations enjoy exemption from income tax, in only a few cases are donors to those foundations eligible for tax exemption. Moreover, he says, ‘despite the improvements in the philanthropy environment, new foundations, especially those working in the human rights field, witness more governmental interference and oversight.’

Benefits of endowments?
Paula Fabiani sees three major benefits that would follow the establishment of philanthropic endowments in Brazil. First, endowment regulation might ‘bring new and long-term capital to the non-profit arena in the country, diminishing the impact of the economic crisis on philanthropic activities’. Institutional philanthropy in Brazil is dominated by corporations whose profits – and hence contributions to social organizations – are affected by economic recession.

Second, the creation of endowments by non-profits themselves would make them more sustainable, releasing them from the tyranny of annual fundraising. ‘Organizations with endowments can develop long-term strategies and planning and invest in infrastructure and better management systems.’ Finally, endowments will ‘promote a culture of giving as they are a long-term mechanism for donors to express their values and beliefs in society’.

Similarly, Heba Abou Shnief in Egypt believes that Article 90 ‘has the capacity to unleash citizen philanthropy, promote a more sustainable and vibrant civil society, and achieve more social justice’ – provided, she is careful to add, ‘that it is translated into conducive legislation. Yet, there needs to be a sufficient level of policymaker, legislator and civil society awareness on the nature and role of awqaf to pick up on the momentum for change’.

And downsides?
While Paula Fabiani sees ‘a risk that available philanthropic capital will move to endowments, diminishing available capital to current activities’, she thinks that this is unlikely in practice. On the contrary, she expects the creation of endowments will encourage new resources to flow into the sector. In other words, instead of endowments taking a bigger slice of the philanthropy cake, they will make the cake bigger.

‘The creation of endowments will encourage new resources to flow into the sector.’

More serious problems are faced in Egypt where the endowment law is still a work in progress. Heba Abou Shnief notes two challenges. First, there may be resistance from vested interests to the new civic awqaf. To counter this, it will be crucial to separate the issues of state-managed awqaf from ‘future advocacy efforts to create an enabling environment for new civic awqaf’. Second, in the public mind, the institution of waqf is associated – incorrectly, she notes – ‘with political Islam, and advancing the agenda of groups espousing a political Islam ideology. This needs to be addressed by raising awareness on the part of civil society regarding the strategic and development role of awqaf, while at the same time paying tribute to its historic role’.

‘Turkey is neither East nor West and the foundation sector is not an exception.’

Perhaps a remark by Başak Ersen provides the most appropriate summary: ‘with the new legislation it is much easier to establish foundations and foundations are freer in their operations. However, there is still a long way to go.’ There’s a common saying in Turkey, he says: ‘Turkey is neither East nor West and the foundation sector is not an exception.’

Main image: Human rights mural in Turkey. One quote says: ‘Despite the improvements in the philanthropy environment,  new  foundations,  especially  those working in the human rights field, witness more governmental interference and oversight.’