From 1997 to 2010, Kenya enjoyed a significant share of foreign aid with many organizations depending entirely on it for their operation. Following the recession and the subsequent reclassification of Kenya as a low- to middle-income country, aid flows have fallen off. Through these changes, Kenya Community Development Foundation (KCDF) and similar groups have persisted in promoting a model that seeks to entrench local giving and to support this horizontal form of philanthropy by using the funds it raises to catalyse funding from external sources.

An illustration of the way this works is our Pamoja4Change programme (P4C) for community-based organizations. The idea of P4C is to promote, through local giving, sustainable community-driven projects which then lead to greater self-reliance in that community. It brings together horizontal and vertical forms of giving. Supported by a matching grant, communities pool their own resources to begin projects and are mentored and assisted with organizational development by KCDF to promote local giving from a range of sources, including low-income individuals, giving from the better-off and local government funds.

Community members were excited to see what their local fundraising efforts yielded and even volunteered to give their time and labour in digging trenches and laying pipes.

One recipient was the Malaa Self Help Group (MSHG). This community’s greatest problem is lack of access to clean potable water. Initially, the group had struggled to raise funds locally, but, following a two-day training session by KCDF, MSHG was able to rally support for a borehole project, first among the parents of students at the local secondary school, where the lack of water was particularly felt, then among other local institutions like churches and shopkeepers, and finally among key external stakeholders such as the Water Services Trust Fund and the county government. With KCDF’s pledge, 2.9 million Kenyan shillings (US$28,600) was raised to successfully implement and launch the water project. 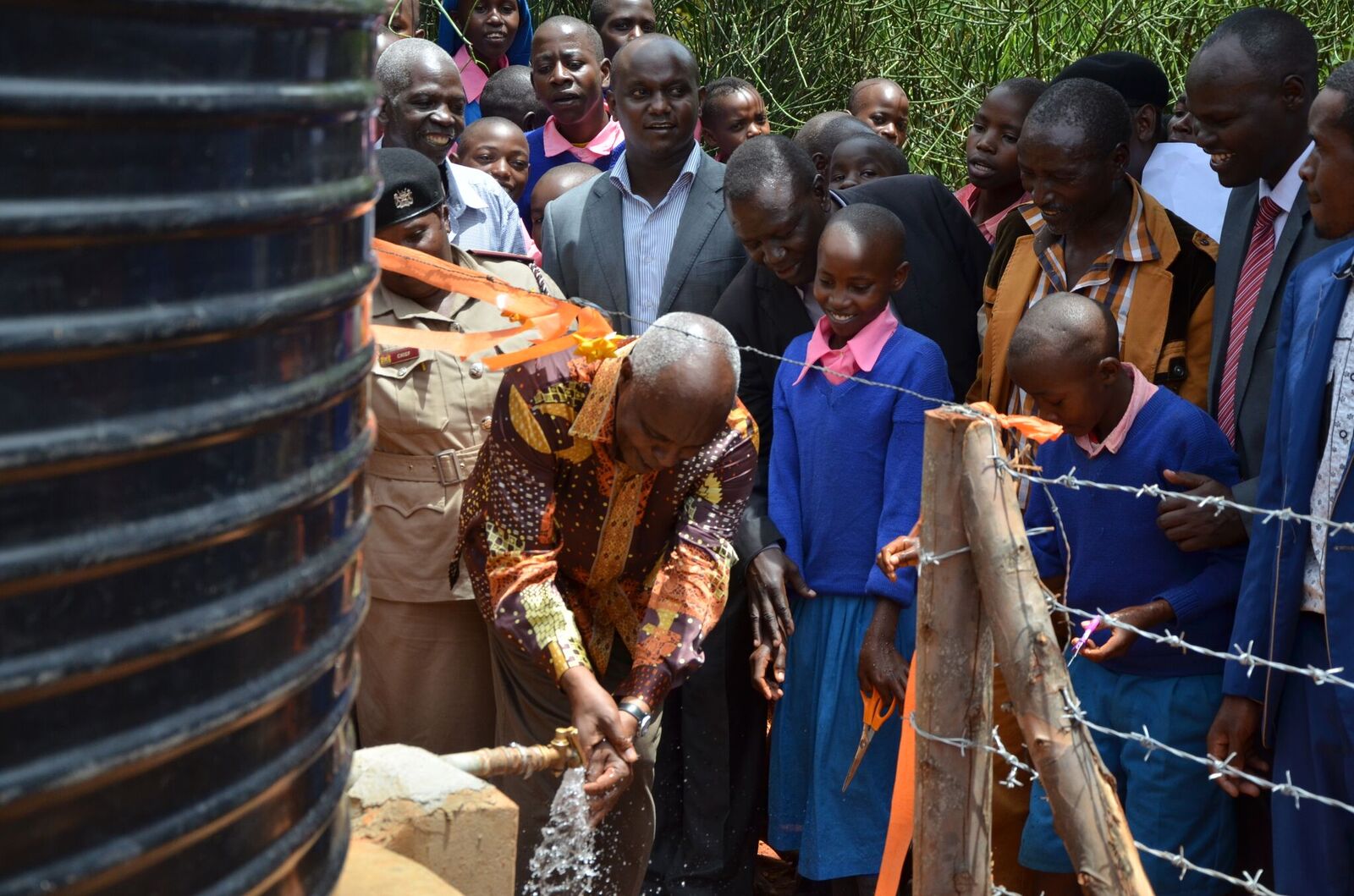 ‘Our fundraising strategy really bore fruit. We also had approached professionals who come from Malaa and are based in Nairobi to support the initiative by either making cash donations or helping to mobilize for more support,’ says Charles Munyao, secretary of the water committee and project manager. Community members were excited to see what their local fundraising efforts yielded and even volunteered to give their time and labour in digging trenches and laying pipes.

Through P4C, 167 projects have been implemented since 2012. In total, some 34,697,325 Kenyan shillings (US$342,126) has been raised locally, with a similar amount leveraged by KCDF through international funders such Wilden Ganzen of Netherlands (Wild Geese Foundation) who have supported the promotion of horizontal giving, which was used to match the amount raised locally.

Our experience of P4C shows that vertical philanthropy can dovetail with its horizontal forms to spur community-based development. Our belief is that, to ensure a growing mass of community organizations in the future, a deliberate shift in investment is required from philanthropic individuals and institutions in both the global north and south. Special attention should be given to following three core pillars: