From the ground up: funding peace building solutions are closer than you think

Learning to give wisely

Andrew Milner profiles some of the pioneering individuals and networks that have led philanthropy for peace-building, including in some cases supporting or initiating negotiations between parties in conflict 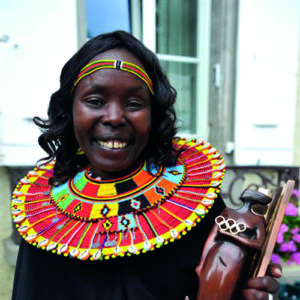 Catherine Mwendwa of the East Africa Philanthropy Network writes: ‘Tegla Loroupe is a Kenyan woman, philanthropist, and former world champion marathon runner. She is the first African woman to win the New York Marathon and went on to win many major marathons ranking her as one of the most influential athletes. She is recognised for her role in the introduction of the first ever refugee Olympics team, in Rio 2016. Tegla is a strong peace ambassador and active humanitarian with a particular focus on disarmament and peace campaigns among warring pastoralist communities in Kenya and neighbouring Uganda. Reflecting back on the conflicts that have afflicted her community, she founded the Tegla Loroupe Peace Foundation in 2003 that has since reached out to goodwill partners locally and internationally in support of community peace dialogues, reconciliation and rehabilitation campaigns. Her efforts in building peaceful communities have been recognised globally. In 2007, she was named the Oxfam Ambassador for Sport and Peace in Dafur.’