If you want to build strong partnerships with Indigenous people, you have to approach them as equals and on their terms

Machu Picchu in Peru, Teotihuacan in Mexico, or Tikal in Guatemala: what do these places have in common? Rich in history, these sites represent Indigenous Peoples’ determination to persist, even as their civilisations are appropriated, commercialised and taken out of their control.

A decade ago, James Cameron’s film Avatar brought to life a fictionalised version of the Indigenous experience that is not too distant from the myths that engulfed the sacred territories of Peru and Guatemala. It was, however, a rare moment of mainstream attention to the lives – and stories – of Indigenous Peoples. Avatar follows a former marine who is hired by a government agency to mine on Pandora, a moon that is inhabited by the Indigenous Na’vi people, for a valuable mineral that will solve Earth’s energy crisis. Now think about what was happening in the Amazon and countless other traditional lands and territories when the movie was released, and is still happening today: Indigenous Peoples are being displaced, and their communities destroyed, in order to extract natural resources like oil and gas.

We know that to make a lasting impact, we will need to rebuild our own conception of the balance of power between donors and grantees if we want these partnerships to be effective and long-lasting.

One of the first films ever to generate more than $2 billion, Avatar broke box-office records. Compare this to the amount of resources Indigenous Peoples and traditional communities have in order to exercise their self-determination and fight the exploitation of their land and traditions. According to the Human Rights Funders Network’s latest research on funding for human rights, in 2016 Indigenous people as a population group received just 4 per cent of the share of the total human rights funding. This level of support is not nearly enough to address the complex needs and mounting challenges facing Indigenous communities representing some 370 million people in more than 90 countries, especially when much of that support comes as restrictive, project-specific grants, or requires regular renewal. This is not to say that we don’t value and recognise the wealth that comes from their traditional knowledge and the preservation of humanity but rather from a place of understanding that monetary resources are a necessary evil to sustain advances in their rights at a scale that is comparable to their needs and realities. 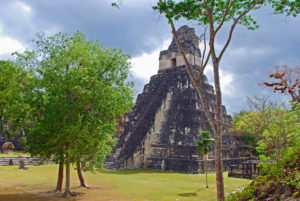 In my view and in my own experience working in donor institutions, philanthropy is missing the full picture of the extent to which these communities contribute to the well-being of humanity, and the urgency of the issues they face. From a ‘gender’ or rather women’s rights perspective, the numbers are even more striking: International Funders for Indigenous Peoples (IFIP) reports that Indigenous women receive no more than 0.7 per cent of overall human rights funding, despite making up around 2.5 per cent of the global population. And as expressed in the article from Teresa Zapeta and Lucy Mulenkei in this issue on the survey conducted by the International Indigenous Women’s Forum in 45 countries, women continue to face violence, including human trafficking as well as criminalisation and murder; they lack public policies and specific budgets and are severely under-represented in decision-making spaces at all levels. Zapeta argues that there is an urgent need for the philanthropic community to intervene and find effective forms of closing the inequality gap.

Partly in response to this trend, in 2016 the Ford Foundation launched BUILD, an innovative programme aimed at offering civil society organisations – including Indigenous and traditional organisations – the kind of flexible, reliable funding that can help them plan for the long term and do their best work. Through BUILD, we are working hand in hand with Indigenous and traditional communities to support the issues that matter to them most and, most importantly, invest in strengthening the infrastructure of the multiple movements that represent them across the world. We understand that funding is always political and does not by itself guarantee progressive change; we know that to make a lasting impact, we will need to rebuild our own conception of the balance of power between donors and grantees if we want these partnerships to be effective and long-lasting.

When it comes to sustaining a long-term relationship, reciprocity and traditional knowledge systems are of equal value.

In learning from, and listening to, close allies, friends and partners in the sector, we have been testing IFIP’s suggested principles for effective partnership, the four Rs: respect, reciprocity, responsibility and relationships. The four Rs point to how philanthropic funds can be used more effectively to respect Indigenous Peoples’ traditions, actively connect people and their beliefs, give Indigenous people a space to speak for themselves, and engage with these communities in accordance with their traditional cultural norms, lands and spiritual concepts. At the expense of challenging our own notions of what it means to have effective, durable and resilient organisations.

These principles have proved invaluable in guiding our programme’s implementation. They have shown us that when it comes to strengthening institutions, self-determination could not be more critical. Although BUILD has a framework for organisational strengthening that includes attention to areas such as leadership, governance, financial health and strategic clarity and coherence, we make sure that partners like National Indigenous Peoples Organisations of Colombia (ONIC) get to define what strategic clarity means for them, in their own terms and through their own culturally appropriate processes. In ONIC’s case, this meant using Ford Foundation’s support to bring together more than 50 leaders from across Colombia to define what their own institutional strengthening priorities would be, and most importantly, what strategic clarity and coherence meant in their own lives and communities.

These communities need philanthropy’s support. Their very survival is at stake. But that support must come in the form of thoughtful, meaningful partnership centred on Indigenous ideas, values and voices. 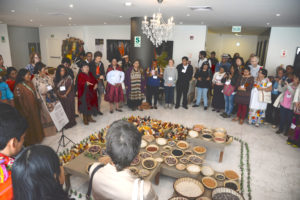 Another lesson from the four Rs: when it comes to sustaining a long-term relationship, reciprocity and traditional knowledge systems are of equal value. To see this principle in action, consider Ford’s partnership with AMAN, the Indigenous Peoples’ Alliance of the Archipelago. With AMAN’s support, the Dayak Iban community of Sui Utik long-house in West Kalimantan, Indonesia, have been engaged in a 40-year legal battle to protect their 9,405 hectares of customary forest. The Dayak have preserved their traditions, clothing and diet, and are role models for other Indigenous communities, developing credit unions and other forms of generating revenue while also maintaining their rich cultural heritage.

These communities need philanthropy’s support. Their very survival is at stake. But that support must come in the form of thoughtful, meaningful partnership centred on Indigenous ideas, values and voices. No funder can do this alone. We need all of philanthropy to recognise the urgency of these issues and this moment and we need governments to participate. By coming together like this, we can work toward justice for Indigenous communities, and see an impact on the social, economic and environmental challenges tied to their well-being. Not only that, we can model a more participatory and effective way of working for philanthropy as a whole. My hope is that you take a moment to sit back and reflect as you review this special issue of Alliance. We bring a collection of voices that although not perfect are making tremendous strides in advancing the rights of Indigenous Peoples and re-thinking the ways in which we see and talk to each other.

And lastly, because it is 2020 I call you to act. Do whatever is possible to make a difference. And to you Mr Cameron – we are awaiting the release of your new movie and hoping that an important percentage is dedicated to Indigenous organisations and their causes. I know for sure that while I remain in this sector I will commit to do my part.