If we consider that journalism is about freely exchanging information based on news, views or ideas, then the context within which journalism is practised matters. In East Africa this context is challenging. 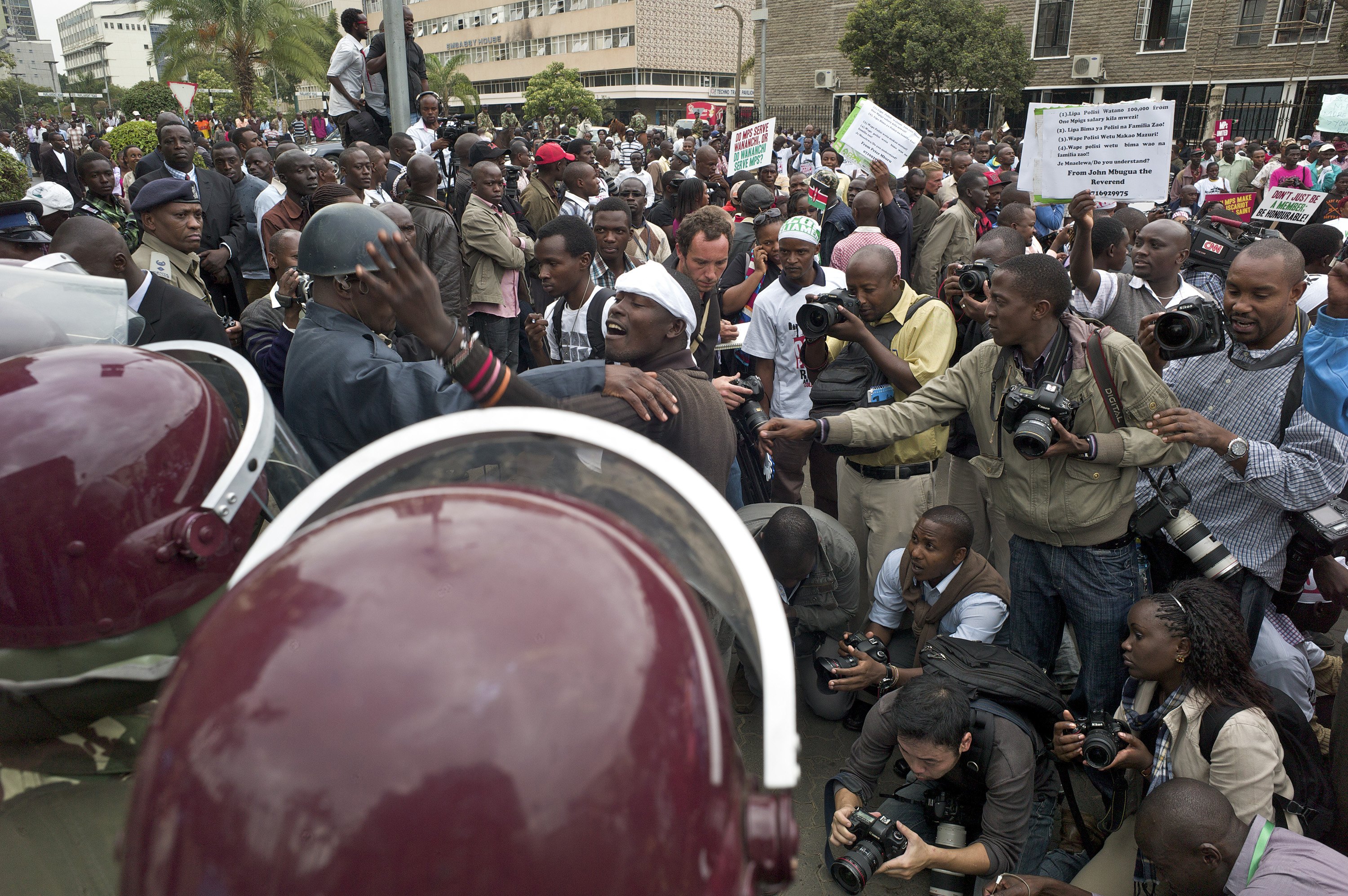 Journalists in Kenya protesting against muzzling of the media.

In essence, this context has contributed to an increasingly weak media where ‘survival journalism’ is taking root.

Self-censorship, pandering to commercial and political interests, the sacking of critical journalists and closure of media outlets continue to undermine the existence of an independent and free media in the region.

We hold that a conducive working environment, an enabling legal and policy environment, and support for freedom of expression are some of the prerequisite conditions for great journalism.

These conditions are not mutually exclusive for those supporting media development in Kenya.

A 2006 BBC World Service Trust pan-African research report on the African Media Development Initiative outlines sector-wide approaches in Kenya, though documentation on their effectiveness is scant.

In 2008, a Canadian International Development Agency (CIDA)-Kenya commissioned Kenya Media sector analysis report suggests that, though holistic approaches might have been in evidence at the time of the World Service Trust report, they had been abandoned two years later.

Self-censorship, pandering to commercial and political interests, the sacking of critical journalists and closure of media outlets continue to undermine the existence of an independent and free media in the region.

This is despite the report’s observation that Kenya’s media sector is ‘characterized by serious and chronic system-wide challenges that require effective, coordinated and systemic approaches’. In our view, the approaches cited in the CIDA report haven’t been effective due to their short-term nature and have largely dwelt on two aspects within the media ecosystem – professionalism and content production. 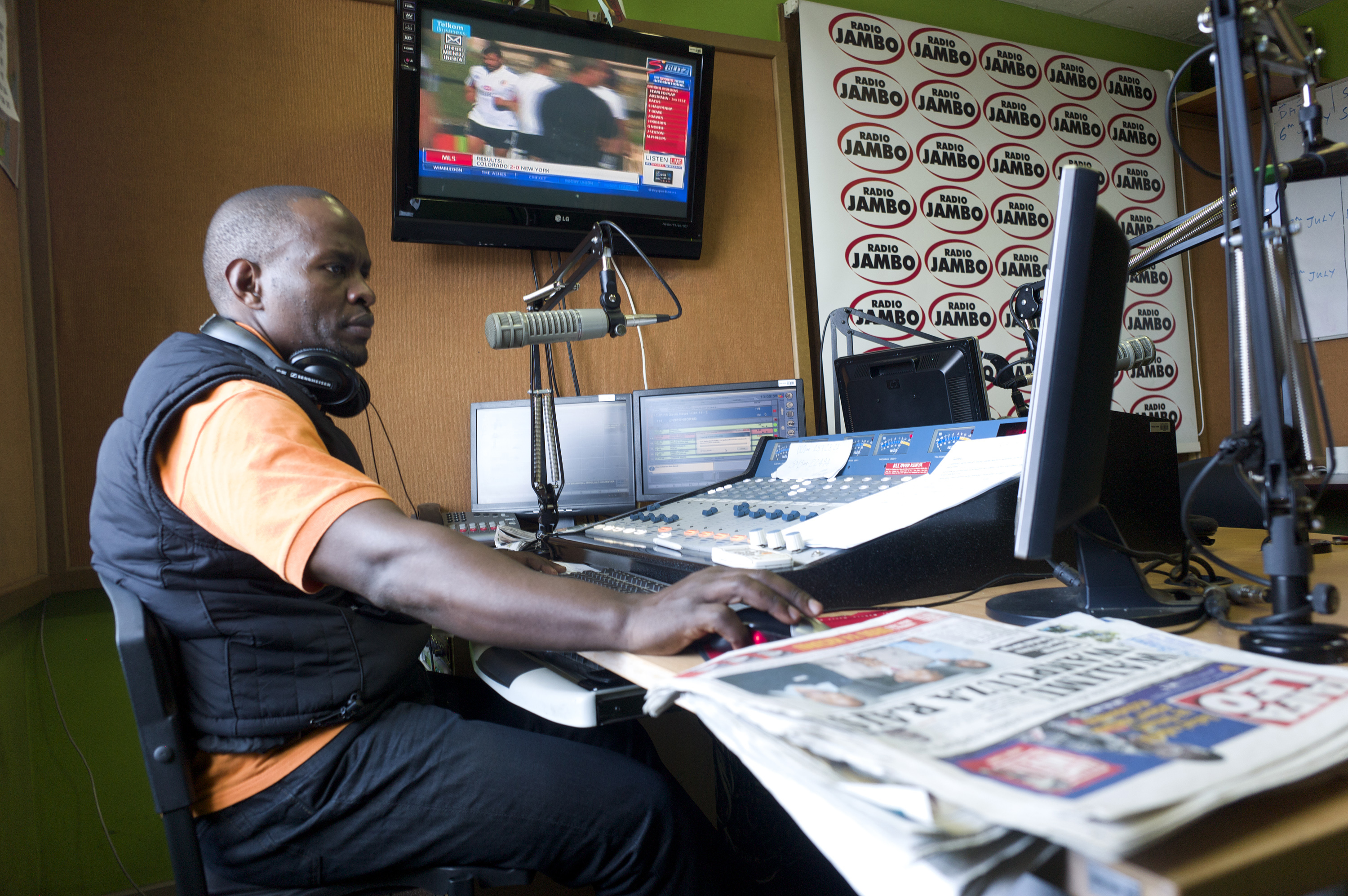 A radio presenter hosting a talk show on Radio Jambo.

Philanthropists thus need to question whether such short-term approaches are responsive to the East Africa context and the extent to which such support enhances a sustainable media ecosystem.

Such ecosystems exhibit pluralism in content, ownership and constituency, and demonstrate ethical behaviour standards and practices as well as professional quality journalism.

In our context, a sustainable media ecosystem is desirable.

Journalists need to feel safe and free to ply their trade. Close collaboration with governments in the region to guarantee a conducive environment for journalists is mandatory. We need to pay attention to the quality of journalism being practised by working closely with journalists, editors, media owners, media training institutions and media regulatory agencies.

Principally, we need to support alternative media outlets to disseminate critical media content, especially where media capture by political and commercial interests is as pervasive as it is in East Africa. This has generally been on account of ownership. For instance in Kenya, a 2012 Internews study on media ownership established that politicians and their associates own or have controlling stakes in a large number of media outlets in Kenya.

This ownership largely increases the extent of political influence in those outlets’ management and content. This is prevalent in registered community media outlets especially where such politicians assure the financing of such stations.

Commercial interests, on the other hand, ensure that ‘negative content’ on large corporates is censored. Corporates have been known to pull advertisements from media houses that run ‘negative’ content, hence further limiting their independence.

Unfortunately, based on our experience with philanthropists, a holistic approach to media development seems to be the one least desired by most of them, largely due to limited resources, inadequate knowledge of key issues affecting specific media ecosystems, and the desire to influence media content and advocate for specific issues – civic education on gender, governance, democracy, human rights, HIV/AIDS and other health issues, livelihoods, security, and sector reforms.

Corporates have been known to pull advertisements from media houses that run ‘negative’ content, hence further limiting their independence.

Success in this approach is seen from the number of articles published and the number of journalists trained. The sustainability of such initiatives is never on the cards, leading us to believe that such efforts are short-term in nature. Though useful, this kind of support is geared towards developing a media adept at articulating such issues and strengthening only one aspect of the media system. 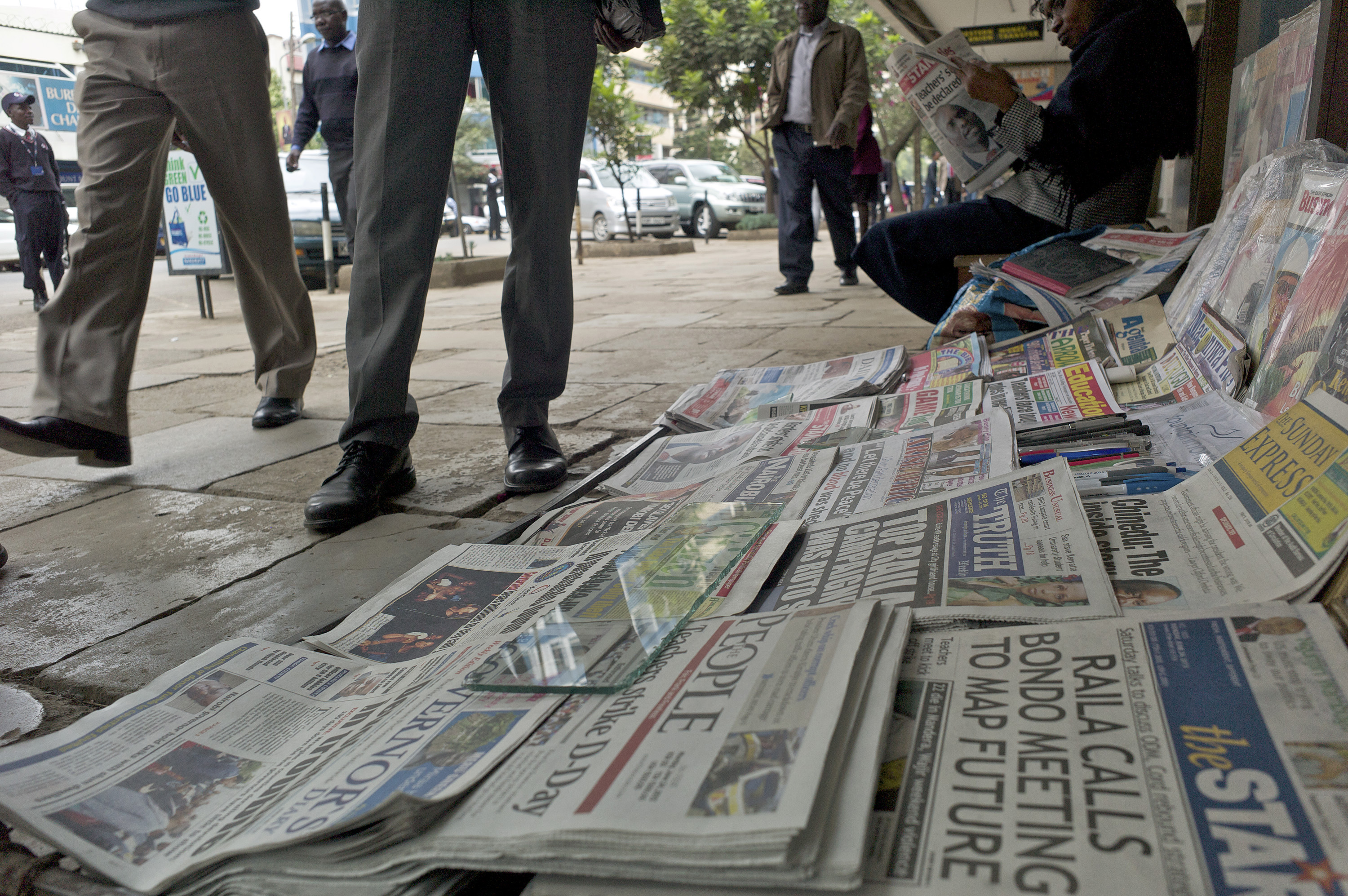 A snapshot of newspapers in Kenya.

In Kenya, considerable investments have been dedicated to the training of journalists to become better subject matter specialists – data, science, health and investigative journalists.

Other philanthropists have focused on supporting the establishment of media outlets, especially community media in Kenya, while others have focused on the safety and protection of journalists.

Though well meaning, these efforts are mostly short-term in nature, opportunistic, disjointed, at times duplicate other efforts and in some instances don’t reflect an understanding of the root challenges facing the media ecosystem especially in Kenya.

For instance, it is not unusual to find one journalist being trained by five different organizations in data, health or science journalism. Rarely does one find a coordinated effort to ensure that media houses and not just the individual journalist have a better grasp of cutting-edge issues in such subjects.

Consequently, we have noted an over-supply of low-quality training for journalists and an under-supply of support to smaller media players, together with a lack of sustainability of media development initiatives in Kenya. It is our contention that philanthropists need to start paying attention to the aspects of the media ecosystem where their support can be most effective.

Having implemented sector-wide media development programmes in Kenya and Tanzania we have learned that philanthropy-backed journalism that solely focuses on one aspect of the media ecosystem is unlikely to be effective in the long run since addressing the structural issues facing the sector takes a long time and requires more resources.

Although at times successful, support to ‘quality media content production’ is often unsustainable, especially in a fast-changing media context. Thus support to journalism and media in general is meaningful when philanthropists collaborate to support a long-term sustainable media ecosystem.