Anyone looking for evidence that public discourse can’t handle complex ideas need look no further than the rapid demise of the term ‘fake news’ in 2017.

After the 2016 US presidential election, BuzzFeed journalist Craig Silverman investigated a wave of demonstrably false stories about Hillary Clinton that circulated during the campaign.

He discovered that many of these stories had been produced by a small group of teenagers in Macedonia who had figured out there was money to be made by feeding the more fantastical beliefs of the alt-right. Silverman coined the term ‘fake news’ to describe these stories. It referred specifically to articles made up by people who knew they were false.

For a nanosecond the words ‘fake news’ accurately described an abhorrent development in public life. Then Donald Trump co-opted the term to attack media outlets, such as CNN and the New York Times, whose reporting he disliked. ‘Fake news’ morphed into a term of derision, casting a fog of confusion and tainting all media outlets with unreliability.

If you’ll indulge on America for just a moment longer, the journalist Kurt Anderson recently wrote a terrific article in The Atlantic describing his country’s unique and longstanding preference for fantasy over reality. ‘How America lost its mind’ is a rigorous history of American magical thinking that ends with a call for ‘new protocols for media hygiene’ and a grassroots movement ‘that insists on distinguishing between the factually true and the blatantly false’.

‘Fake news’ morphed into a term of derision, casting a fog of confusion and tainting all media outlets with unreliability.

The Conversation is a global network of media websites that has been in the vanguard of such a movement since it was launched in Melbourne in 2011. Its mission is to work with academics and researchers to provide reliable information to a broad public, based on the premise that just as clean water is vital for health, clean information is essential for healthy democracy. 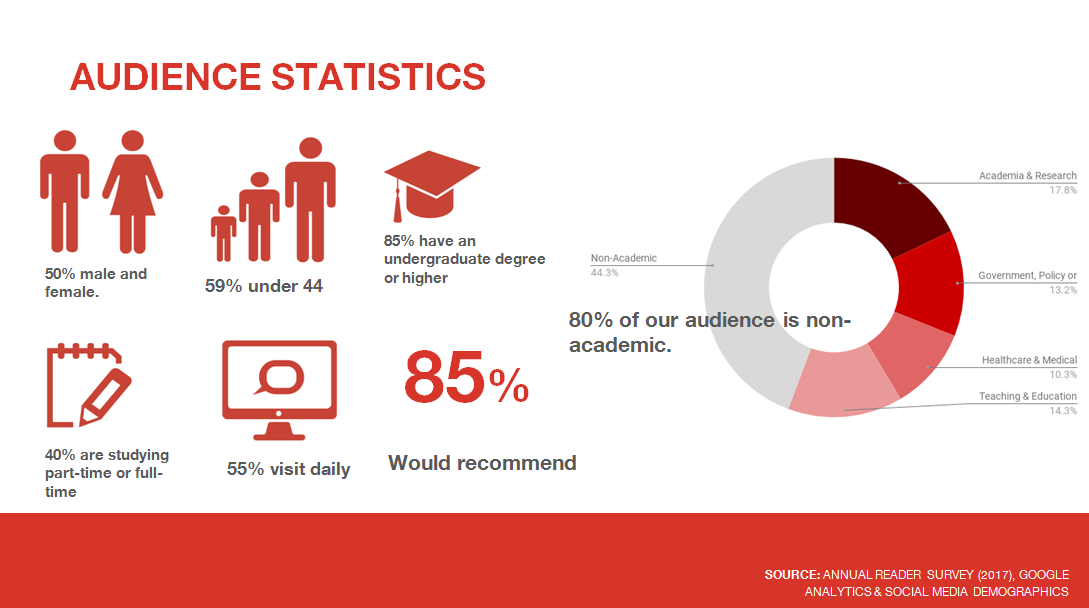 It now operates in the UK, US, France, Africa, Canada, Indonesia, New Zealand and Australia. It is now read by more than 5.8 million users a month directly and more than 35 million via re-publication of its articles on other media websites.

The funding relationship and independence
The Conversation is funded by universities, readers and foundations so its newsworthy articles can be provided free to those who need them most.

It is an organization well placed to work with philanthropists. It adopts policies and processes that ensure funding relationships are transparent. Every academic author has to disclose all relevant sources of funding.

The Conversation also prominently acknowledges its university and philanthropic funders, both to give credit where it is due and to make it clear to readers we have nothing to hide.

As others in this issue have pointed out, a crucial issue in philanthropic funding of media is the distinction between financial dependence and editorial independence. Editorial policies create a clear boundary between funders and the editorial decision-making process. A detailed profile also lists each academic’s publications and qualifications so readers can assess for themselves the academic’s expertise.

The Conversation also prominently acknowledges its university and philanthropic funders, both to give credit where it is due and to make it clear to readers we have nothing to hide.

Working closely with many foundations and universities, this brand of quality journalism provides essential context to help people make sense of a complex and confusing barrage of information. Along the way it aims to help political leaders make better decisions and provide essential insights into our environment, our culture and our history.

One day it might even help put an end to fake news – however you define it.

Browsing through this article just shows how inaccurate information is disseminated. I suggest when posting articles Mr Ketchell you are informed correctly and inform correctly. I did not read far into this article to see the agenda Mr Ketchell pushes. Mr Ketchell are you referring to Hellenic (Greek) teenagers of Macedonia a province of the Hellenic Republic(Greece)? If not, is the alternate left refering to North Macedonia? Please inform as the two are chalk and cheese in comparison.

The problem with the term Fake News is that it is applied not simply to totally fabricated news, but to facts, data and news which does not fit certain agendas. This is particularly the case with contentious issues such as Climate Change, vaccination, Australian Aboriginal discussions and Israel/Palestine. No doubt there are others. However, when an organisation, as does The Conversation, censors and blocks differing views on an issue it is betraying the best principles of journalism, science and academia. The irony of course is that TC claims to uphold the highest standards in these regards. Clearly not. If Thalidomide appeared today, the doctor raising questions about its link to deformed babies, would be accused of fake news. Real journalism, with integrity, real science, good science, good medicine, responsible academia does not censor questions or opinions, but accepts all in a broad-spectrum search for truth. Tyrannies thrive on censorship and betraying the key principle of freedom of speech is the road to tyranny. It is not enough to claim that dissenting views are not substantiated because the same criteria does not apply to views which fit the politically correct belief brief. Indeed, even when critical and questioning views are substantiated in discussion they are still deleted by The Conversation moderators and, if it continues to happen, the poster is blocked. Study history, perhaps start with Nazi Germany, if you want to understand how censorship debases and degrades society. Ketchell should be ashamed of the censorship he allows and applauds.