Keeping the closing space open won’t be a solo effort

Want to fulfil philanthropy’s potential? Invest in our ecosystem

Last summer, the European Foundation Centre (EFC) announced a change in leadership. Long-time CEO Gerry Salole would be stepping down after 15 years and succeeding him would be Delphine Moralis – then the Secretary General of Terre des Hommes International Federation – would be stepping up. She would be the organisation’s first female Chief Executive. 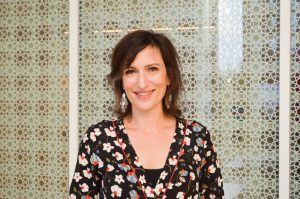 It was mere months after the Covid-19 pandemic’s outbreak and weeks after the global outcry for racial justice following George Floyd’s murder by police in Minneapolis. Taking up her position in September 2020 – a month marked by wildfires in the American West so great the skies in California glowed orange for days, reminding everyone that the crises that had dominated the headlines so far that year were not the only ones deserving attention – the world Moralis would inherit in her new role was one crying out for help.

In a statement at the time, Moralis said: ‘We are living in challenging times, and philanthropy – with all its diversity and strengths – has a vital role to play.’

African Visionary Fund: playing the game to change the game