The European Foundation Centre has appointed Delphine Moralis as Chief Executive. Moralis, who will take up the position in September, is EFC’s first female Chief Executive. She succeeds Gerry Salole, who is retiring after leading the EFC for 15 years. 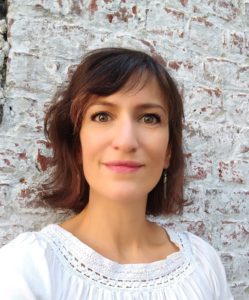 ‘Delphine is the perfect person to build upon the EFC’s rich legacy and to lead the EFC into the next phase of its journey towards strengthening the voice and role of philanthropy in Europe’, said Angel Font, recently elected Chair of the EFC and Corporate Director of Scientific Research, “la Caixa” Foundation.

‘I very much look forward to working with her and to witnessing her own unique contribution in this critical role of representing the EFC’s members and tackling today’s substantive issues, not least in light of COVID-19 but also the other great challenges we all face from rising inequality to climate change.’

Moralis is currently Secretary General of Terre des Hommes International Federation and brings with her several years of international experience in building and leading pan-European associations and organisations, including in the human rights and development sectors.

‘We are living in challenging times, and philanthropy – with all its diversity and strengths – has a vital role to play,’ said Moralis in a comment about her appointment. ‘I look forward to working with EFC members, who are already so invested in finding the solutions to such challenges, as well as the other philanthropy support organisations in Europe and around the world. I firmly believe that this is our time to show philanthropy at its best.’