Fikra – Joint Fund for Tunisia is a good example of how foundations can support community development initiatives in a society in transition. The idea of engaging in Tunisia came, in the wake of the Arab Spring, when a group of European funders undertook an exploratory mission in June 2012 that led to setting Fikra up within NEF.

Fikra’s approach is to support citizen/community-led initiatives aimed at addressing pressing social or economic needs in the most disadvantaged parts of the country. The two things that distinguish this approach are its flexibility – Fikra does not insist on any specific agenda and adjusts its training scheme to its project leaders’ needs – and the fact that Fikra targets beneficiaries who cannot access other sources of funding.

So far Fikra has launched two calls for ‘ideas to identify catalysts of change’ in north-west Tunisia, which have received more than 200 applications. In the first round, 32 project leaders received tailored coaching to develop their idea into a robust project, and 30 projects ended up being funded. In the second round, Fikra invited 20 project leaders for training in September 2014, which will eventually lead to their receiving a small flexible grant. 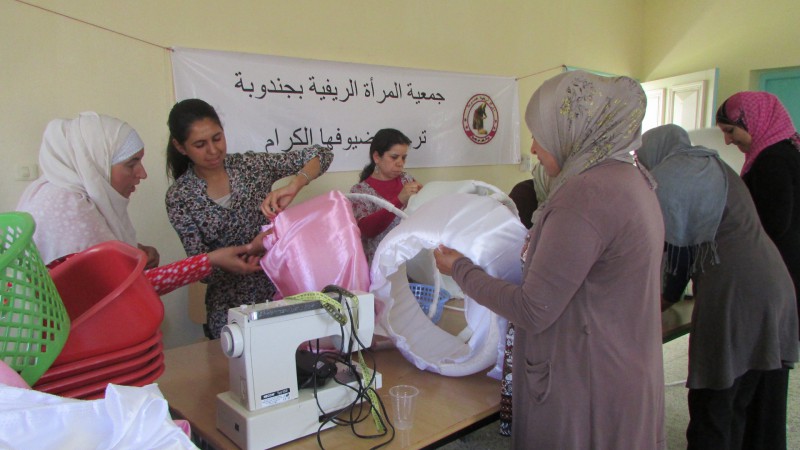 Women from the rural village of Fernana are given training so they can generate income from handicrafts.

To achieve impact, a key challenge is to build trust and create social capital among different groups in the communities, which is why Fikra encourages young people and rural women with a positive outlook and innovative ideas to develop their full potential – and thus to have an impact on the values of their society.