Keeping the closing space open won’t be a solo effort

Invest in academia to strengthen philanthropy

In order to meet the challenges philanthropy and social investment is contending against, its infrastructure needs to be rethought and retooled. 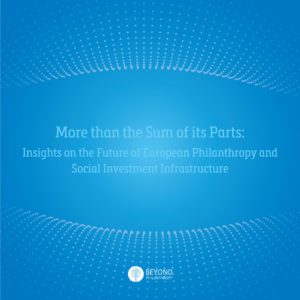 Those of us who live in the developed world take many things for granted: streets, railway tracks, bridges, a grid system for electricity and drinking water supply – many of us would have difficulty living without this kind of hard infrastructure. Now imagine a Europe without organisations that convene funders and work to build an enabling environment for high-impact philanthropy and social investment. Many of us would miss opportunities to connect, learn, share and advocate in pursuit of initiatives that help improve lives and societies. This emerged clearly from the series of qualitative interviews that we conducted for the study More than the Sum of its Parts: Insights on the Future of Philanthropy and Social Investment infrastructure in Europe.

There is a strong desire to make this soft infrastructure future-ready when it comes to issues like communication, digitisation and advocacy. There is a variety of ideas on how to enhance the visibility of the sector in the eyes of European Union institutions and the general public. There are also some uncertainties about how to approach the division of labour within the infrastructure sub-sector given the increasing number of organisations and activities. Overall, there is increasing recognition that Philanthropy and Social Investment Infrastructure (PSII) efforts contribute to the effectiveness of the sector. However, the debate continues on the best way to direct these activities in order to increase the volume, scale and ultimately, the impact of the sector.

Organisational success within the sector is often perceived to be based on the size of membership, but EPSII stakeholders are clearly seeking more specific indicators of performance and impact.

So, why now? Perhaps surprisingly, research in this area is limited and, as the European ecosystem continues to grow and diversify, the need for a meta-analysis to examine opportunities and challenges has emerged. There are no existing studies of the entirety of European Philanthropy and Social Investment Infrastructure’s (EPSII – a term we coined during the course of the research) size, structure, membership scope, economic models, budgets, focus topics, funding flows and specific areas of impact. It’s an area that merits more focus for a better understanding of EPSII and how it functions as an intermediate lever of change for the sector overall.

More than the Sum of its Parts was commissioned by a consortium of six European foundations[1], who are among the leading funders of this infrastructure. Their special interest lay in a better understanding of gaps and areas for further development for infrastructure organisations in Europe. The study, which included an extensive literature review and interviews with more than 50 stakeholders, provides insights on what EPSII organisations are doing today, and a call to action for them and their members, partners and funders on what they could be doing differently in the future. Six key findings concerning the present and future directions of EPSII organisations and activities emerged. 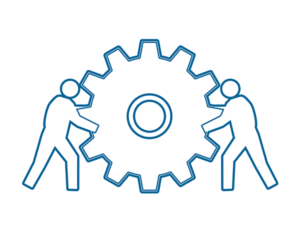 In order to leverage the relations and assets created, stakeholders see the need to move from ‘coming together’ to ‘acting together’.

From building capacity to enhancing competence
The European infrastructure organisations are highly regarded for their contribution to increasing the capacity (professionalism, knowledge and skills) of the sector. The impact of peer learning opportunities was noted as particularly beneficial. However, the need for greater competency was expressed in areas including asset and risk management, techniques and tools for scaling programmes, understanding and applying technology, and communications (internal and external). This would also create opportunities for working together with universities and think-tanks in the sector.

From analysis to action advocacy
Lobbying and communicating the sector’s work to external parties (law and policy-makers, media, thought leaders, etc) was by far the most frequently discussed topic in the study. Stakeholders feel EPSII as a whole is more successful with policy analysis, but less so when it comes to lobbying efforts (activities to influence policy). This topic was often linked to that of communications, with a view that EPSII needs more outward engagement. EU policy-makers expect ‘one voice’ when liaising with the philanthropy and social investment sector, whereas leaders of foundations expressed a concern about the onset of a more restrictive, populist public debate about philanthropy and foundations.

Our study revealed that strategic alignment and transparency of EPSII funders is perceived by stakeholders to be just as critical for effectiveness as collaboration among EPSII organisations themselves.

From analogue to digital
In the view of respondents, without an immediate and greater emphasis on data, the sector will be significantly weaker and will miss opportunities to maximise impact. The lack of publicly available data about what foundations and social investors are doing, how much they are spending and other critical data points is a significant and immediate concern. Respondents called for EPSII organisations to take the lead on action to create and capture success stories on the intersection between philanthropy, social investment and data. 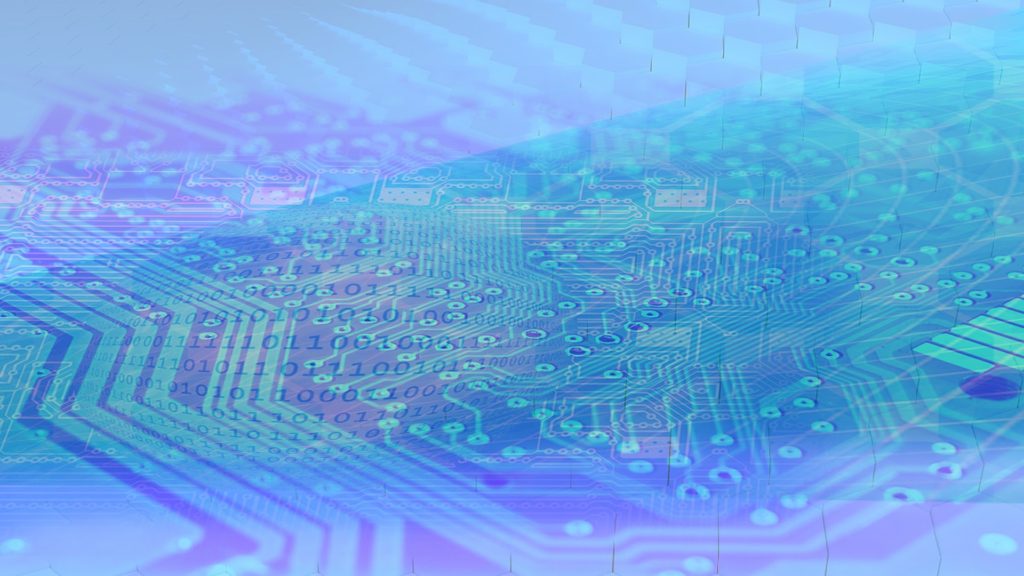 Respondents called for EPSII organisations to take the lead on action to create and capture success stories on the intersection between philanthropy, social investment and data.

From passive to active engagement
Organisational success within the sector is often perceived to be based on the size of membership, but EPSII stakeholders are clearly seeking more specific indicators of performance and impact. There is also increasing recognition that, while many organisations prefer the membership form, this model is not the only option. At the same time, limited funding opportunities and models are a source of anxiety and scepticism, especially as the sector continues to diversify and funds become scarcer. There is a perceived lack of planned and diverse income streams for EPSII organisations. Stakeholders appear ready to undertake a discussion about this issue and explore new approaches.

From general support to strategic alignment
The development of EPSII in the 1970s (and more rapidly after the fall of the Berlin Wall) was heavily funded by US-based donors, who helped to build many of the institutions in place today. In recent years, the trend is shifting more toward European donors. This increased support has allowed existing organisations to grow and helped several new EPSII organisations to emerge. However, EPSII funders are now calling for more donors to contribute beyond membership fees and to view these investments as a critical contribution to the sector. Also, a greater number of EPSII funders provides more opportunities for shared learning, coordination and transparency. Our study revealed that strategic alignment and transparency of EPSII funders is perceived by stakeholders to be just as critical for effectiveness as collaboration among EPSII organisations themselves.

The findings serve as a reminder both of how important infrastructure is to the impact of philanthropy and social investment in Europe and that it needs not just maintenance, but refurbishment

More than the sum of its parts
The shift from present to future EPSII will require an investment of time and money, but even more importantly, a paradigm shift to the idea that the collective impact of EPSII as a whole matters more today than the individual impact of any one organisation. Or, in the words of Aristotle, the whole is greater than the sum of its parts. This places a responsibility on each organisation’s leaders, staff, funders and members alike. EPSII organisations will need to boost competencies in communication and collaboration and pay special attention to intersections.

The findings serve as a reminder both of how important infrastructure is to the impact of philanthropy and social investment in Europe and that it needs not just maintenance, but refurbishment. In the midst of rapid social, political, economic and technological changes affecting EPSII, there is a need to set strategic priorities, acquire new competencies and develop alternative approaches to managing relationships within and outside the sector. Infrastructure may not be as urgent an issue as, say, climate change or migration, but it might be critical to the ability of philanthropy and social investment to address those issues.

Michael Alberg-Seberich is a managing partner at Beyond Philanthropy.

Kudos! Great study and much needed conversation not just in Europe, but worldwide. A lot of your recommendations resonate with the Alliance Magazine June 2018 edition on philanthropy developers and with the WINGS network's #LiftUpPhilanthropy campaign, calling philanthropy support organizations to move from an organization-based thinking to a field-based thinking (increasing collaboration and focusing on their collective impact) and calling funders to shift from a transactional lens to a strategic investment lens. Looking forward to future conversations and hopefully seeing more funders engaging in this reflection.