Crisis on our minds 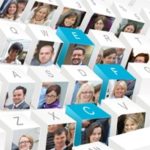 So Cyprus has now asked for a bailout. With the fifth EU country taking this last resort measure, the Eurocrisis is deepening. At the EFC we’re constantly thinking and talking about what this crisis means for foundations and for their grantees. The issue bubbled up throughout our annual conference earlier this month, with foundations talking about how their assets have been hit and how this is impacting their investment strategies and grantmaking. Check out the Conference Digest for video interviews and session reports on the crisis.

Next week the Stavros Niarchos Foundation and the EFC are bringing foundations and experts together in Athens for a two-day conference on the crisis. The Stavros Niarchos Foundation announced this spring a €100 million commitment to helping the people of Greece get through these tough times. We hope this meeting will give foundations some ideas, inspiration and courage in facing the crisis.

We’ll be continuing discussions on this into the autumn with the next issue of Effect magazine focusing on the Eurocrisis, and with our Autumn Assembly bringing together foundations from across Europe to find answers to some big questions on re-booting the European project: How can foundations and their partners better mobilise and coordinate their work at European level? What could be done to facilitate greater involvement by the foundation sector in the debate on the future of Europe? And how could a tool such as the European Foundation Statute contribute to increased cooperation among foundations, particularly on issues that defy borders, such as the environment, migration, health and socio-economic innovation?

We’re always looking for ideas, stories, and comments to feed into these discussions – after all, we’re all in this together.