It has been over two years since the government of India has made legislative changes in Jammu and Kashmir, clamming it to be an internal matter, however, Pakistan and China have reacted sharply to the move, both claiming the territory, at least in parts. Though the legislative change is political in nature, however, it has its impact on the South Asian region to cooperate on the environment especially in the Himalayan region.

The political conflict overpowers the decision-making of the policymakers as security concerns take precedence over all other considerations including the environment. This has far-reaching consequences for the fragile ecology of the Himalayan region. In Kashmir, decades of conflict have resulted in widespread poaching, habitat damage, and impunity for the timber mafia. With militarised border fences, wildlife species have difficulty migrating freely, resulting in limited cross-breeding and population reduction. 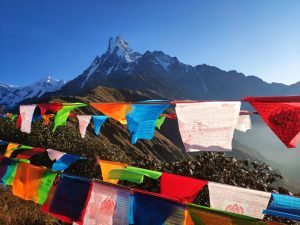 While there are many philanthropy organisations that have been working on a number of pressing areas that include livelihood, human rights, gender and much more. However, there are negligibly handful of organisations that work for the ecology especially focusing on regional cooperation. The region is in dire need of philanthropy in ecological regional cooperation. The International Centre for Integrated Mountain Development (ICIMOD) has been doing wonderfully well in this segment, though slow and they are yet to have their presence in Kashmir.

The Intergovernmental Panel on Climate Change (IPCC) in its latest report ‘Climate Change 2021’has mentioned that the glaciers in the Himalayas feed ten of the world’s most important river systems 37 and are critical water sources for nearly two billion people. However, in the Himalayas, higher temperatures will lead to higher glacier melt rates and significant glacier shrinkage. This is something that should be a matter of concern for global philanthropy and high time to focus on conserving the fragile ecosystem of the region.

While the ICIMOD in its assessment report on the Hindu Kush Himalayan (HKH) region notes that the HKH has few regional environmental policies and practices; most are either national or subnational. The region covers 4.2 million km2 having diverse flora and fauna, and a vast reserve of natural resources. Besides, the HKH directly sustains the livelihoods of 240 million people in the mountain and hills.

Given the significance of the HKH, any political unrest will be felt immensely especially along the Indus, which originates from Chinese-controlled Tibetan territory, and crosses through Indian-controlled Kashmir then enters Pakistan and finally departs to Afghanistan before reaching the sea. India and Pakistan are the two countries that occupy the majority of the Indus basin, and their management of the river is mostly governed by the 1960 Indus Waters Treaty. The treaty has survived the commencement of the 1965 and 1971 wars between the two countries. The issue, however, is less about how the treaty has operated in the past than it is about how it will operate in the future.

The political conflict at a time when climate change is already having a severe influence on traditional crops such as apples, and more than half of the springs in the HKH region have either dried up or become seasonal rather than perennial. Destitute people with few options and limited participation in governance makes it terrible. 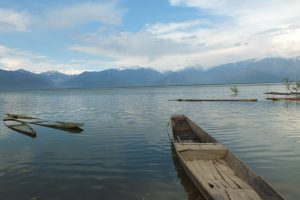 While the continuing conflict harms the environment and restricts scientific access to the region’s more remote areas. Both Indian and Pakistani troops are posted on the Siachen glacier, the world’s highest battleground, at a great cost to both countries due to the terrible weather conditions. The accumulation of trash and garbage on a glacier has substantial detrimental impacts on the ecosystem, not to mention that it excludes locations like this from scientific study.

While the confrontation between Himalayan countries is frequent, the conflict may simply mean that the environment is damaged, wildlife perishes, scientific inquiry is stymied and the millions of people who rely on the HKH region’s fragile ecosystem are made poorer and more miserable. It may not be a worldwide disaster, but it will undoubtedly be a series of local disasters.

It is high time for the respective governments of South Asian nations to come together and resolve the conflicts and take steps to conserve the ecology of the region. The region has to be looked through a prism of one ecological unit and environmental policies should be framed accordingly.

There is also a need for global philanthropy to not only focus on human aspects of the region rather have holistic benevolence programmes for the region that includes the environment. I would like to end this piece with a couplet of Sheikh Noor ud-Din Noorani’s, a Kashmiri mystic, Kashmiri: Ann poshi teli yeli wann poshi meaning ‘Food will last as long as forests will last.’

Dr Bilal Ahmad Pandow is a co-founder and board of director at South Asian Voluntary Association of Environmentalists.

A ground reality that needs immediate attention of global philanthropy.