Who decides what is effective in Effective Altruism? 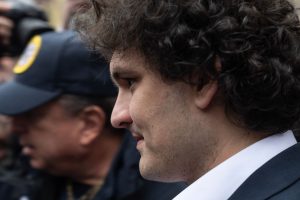 In the weeks following the FTX collapse, and the subsequent breakdown of Sam Bankman-Fried’s reputation, some of the scrutiny has turned to Effective Altruism (EA) – the philanthropic movement that Bankman-Fried championed for years (evidently only for good PR).

Everything from EA’s philosophical underpinnings to the causes it supports have been questioned following the loss of the movement’s most significant donor. Instead of asking whether to condemn or support the movement, however, the more crucial question is one that applies far beyond EA: who defines what effective giving is in the first place?

It’s no secret that donating without the input of the communities impacted by donations creates more problems than solutions. Thus, community-led philanthropy – which prioritizes funding projects that are requested by local communities, designed with their input, and are accountable to communities for projects’ net impacts – is a better recipe for effective giving. Ultimately, impacted communities are best placed to define whether philanthropy is effective.

Accountability Counsel has seen first-hand the consequences of fund disbursement that doesn’t incorporate community voices. A case in Haiti exemplifies this dynamic. The Inter-American Development Bank pitched the Caracol Industrial Park in Haiti as post-earthquake aid in 2010, and many high-profile advocates championed the benefits the industrial park would provide both to the people in Haiti and to Western consumers. But promises of compensation for displacement and scholarships for children never materialized, providing a stark example of how international investments and individual donations can lead to an onslaught of life-altering consequences for the communities they’re intended to aid.

See also: Effectively over: What Does Sam Bankman-Fried’s downfall mean for philanthropy and Effective Altruism?

EA risks making similar mistakes. Giving is good, but empowering sustained positive change requires respecting and supporting the agency of frontline communities – even if this means certain metrics won’t be achieved on the preferred timeline of the donor. EA’s heavy focus on impact metrics is fine so long as those metrics include the voices of the very people who can best discern whether a donation or investment has hit its mark: local communities. In this regard, donors should adopt a community-led philanthropy approach, which means trusting communities closest to an issue to determine whether philanthropy is ‘effective.’

From our work with communities using existing accountability channels – including communities in Haiti, Myanmar, and Nepal – we see how often local communities are left out of investment decisions and how investments fail to meet their objectives as a result. Communities affected by an issue know how best to resolve it and are capable of doing so. We’ve seen firsthand that when communities are given the space, they provide innovative and cost-effective solutions that prove beneficial to investors and local stakeholders. For example, when Indigenous Peoples in Nepal faced losing their land and livelihoods due to the construction of a transmission line, they wrote their own protocol outlining what was needed for the project to respect the rights of community members. Communities in Myanmar’s Tanintharyi Region did the same in response to a top-down conservation project.

To fully trust local communities to define effectiveness, donors must be accountable to them. Having channels through which communities can not only give updates on the successes of a project, but also sound the alarm when they experience unintended impacts has never been more crucial – especially as private and public investors direct massive sums to ‘ESG’ initiatives. And we know from existing accountability channels attached to international investments, that communities will use them if they are safe and effective: already 1,614 complaints alleging environmental and social harm have been filed globally.

The calculations and metrics that have come to define EA philanthropy are premised on a simple idea: help as many people as efficiently as possible. Who better to measure the success of a project or donation than those directly impacted by them? Consulting those closest to the problem, letting them dictate how funding is allocated, and being accountable to local communities’ assessment of whether funding was effective is the surest way of achieving project goals. Many donors, including those who support our work holding financial flows accountable to local communities, are committed to this vision. The recent spotlight on EA should encourage others to follow suit.

Margaux Day is the Policy Director at Accountability Counsel.