Boost for social entrepreneurship in Africa

The concept of agency is a driving force behind a great deal of emergent global philanthropy, perhaps no more so than in Africa. In the context of its particularly traumatic history of colonialism, ‘agency’ refers to Africans’ capacity to create, foster and implement African solutions to African problems.

Agency is certainly core to the mission of TrustAfrica, a Dakar-based foundation that, along with a handful of peer Africa-based foundations, represents the vanguard of modern institutional philanthropy on the continent. Claiming Agency: Reflecting on TrustAfrica’s first decade explores how this relatively new philanthropic organization has fared over the past ten years. 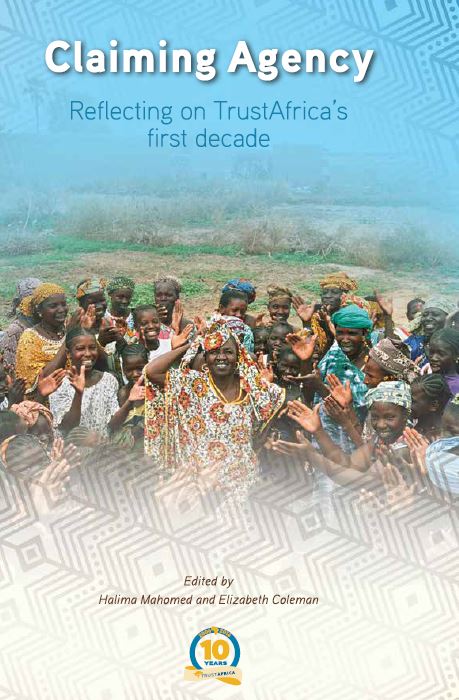 Along with a comprehensive exploration of TrustAfrica’s commitment to bolstering African agency, the book seeks to explore TrustAfrica’s ability to ‘do things differently’: if and in what ways is TrustAfrica forging new standards, norms and practices that differ from, and are more effective than, those of traditional global northern foundation peers?

Editors and authors of Claiming Agency have succeeded in producing a valuable new title within the growing body of literature on African philanthropy. The content of this book is consistently interesting and well-written. The writing style is often academic but always accessibly so.

Interesting but with certain weaknesses are the authors’ analyses of the impact of TrustAfrica’s programmes. Authors relied on internal documents and interviews with TrustAfrica staff, donors and funded partners; as such, much of the analysis is observational and anecdotal. Additionally, TrustAfrica’s strategic focus is to foment new narratives, initiatives and movements; most of the programmes under review had a three-year operational timeframe, hardly sufficient for evaluating long-term, systems change-centered work.

As noted above, the book’s editors promise an exploration of TrustAfrica’s commitment to bolstering African agency. On this they generally succeed, each author delineating specific ways in which TrustAfrica has operated to empower its civil society partners.

Funders who share this commitment to community agency would do well to review this content. The editors additionally promise to explore TrustAfrica’s ability to ‘do things differently’. On this too they generally succeed, highlighting good practices that, if not entirely unique within African grantmaking, are certainly rare.

Often, TrustAfrica is positioned as an Africa-based partner to global northern funders who to varying degrees call the strategic and programmatic shots. As one author notes: ‘A key task for TrustAfrica…is one of harmonizing these diverse interests’. As an affirmation of African agency, this certainly disappoints.

At the same time, endemic African philanthropy is not likely to come to the rescue any time soon. As the editors note, a majority of emergent African philanthropy ‘is not directed at addressing the systemic issues that drive injustice, instead focusing more on ameliorative and reactive responses’.

Claiming Agency makes clear that unless global north funders liberate TrustAfrica from the many strings they attach, and until African philanthropists and social investors commit themselves to long-term systemic change, the agency of TrustAfrica will be constrained.

On the whole, this book offers a valuable read to students of global philanthropy. For funders working in Africa and claiming their work advances an authentic African agenda, Claiming Agency should be required reading.

About the book
Published by Weaver Press, Zimbabwe
Price £18
ISBN  9781779223012
Order here
A digital copy is free to download from trustafrica.org.