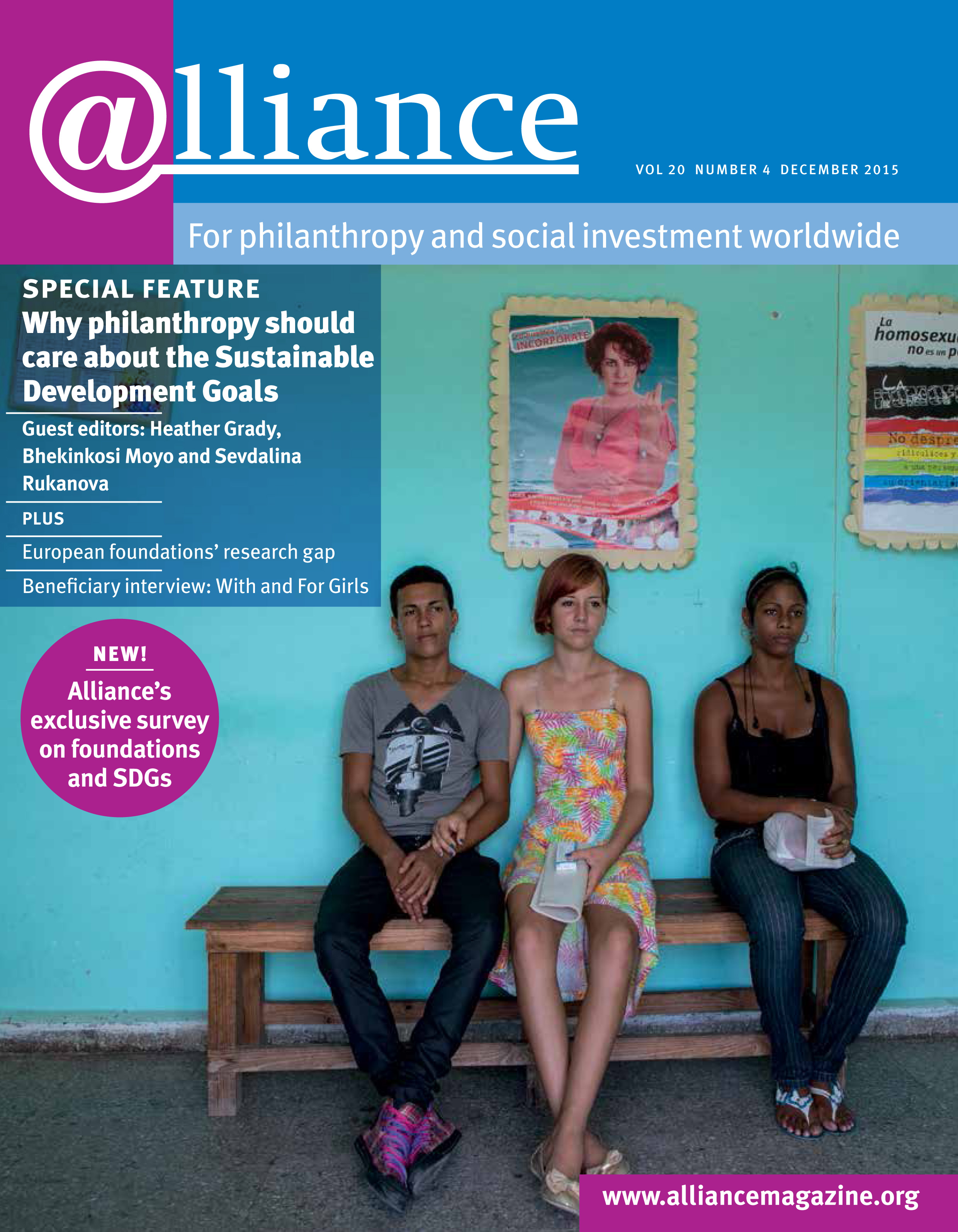 The Sustainable Development Goals (SDGs) have arrived after years of dialogue. Where the earlier Millennium Development Goals (MDGs) were formulated in United Nations offices – one was even added as policymakers crossed the road – the long, global consultation process for developing the SDGs has raised expectations for community participation across the world.

The so-called SDG ‘Road to Dignity’ now faces its real test – the potholes of universal implementation in an increasingly unsettled world. CIVICUS General Secretary, Danny Sriskandarajah, recognized the challenges ahead in his introduction to the 2015 State of Civil Society report. He said:

‘As the world debates the post-2015 agenda the SDGs are the next big test of the international system. The international community needs to show commitment to tackling inequality, and create space for civil society, as a co‑owner of the goals, rather than a delivery mechanism for elite priorities.’

In short, effective implementation of the goals needs local hands to transform aspiration into reality. People-centred development matters if the goals are to have any purchase in the favelas of Latin America or the rural hamlets of Nepal.

The Global Fund for Community Foundations has gathered case studies from all over the world to show how communities, pooling resources and talent, can implement the goals. A selection is highlighted below. The case studies also demonstrate lessons for foundations seeking to contribute meaningfully to the SDGs. These include:

The Uluntu Community Foundation in Zimbabwe envisions creating self-reliant communities free from poverty and hunger in a sustainable environment. Foundation-supported women’s groups in drought-prone Matabeleland South and Gwanda North and South made efforts to improve families’ income and nutrition with poultry projects and soap-making, but failed due to the cost and scarcity of essential ingredients. The women then decided to grow vegetables and maize. Members of the local community donated land, and small foundation grants funded the drilling of a borehole and the purchase of tools. The initial income from the sale of vegetables allowed the women to purchase goats and cattle to supplement family diets and bring in income to pay for their children’s hospital and school fees. For a total community foundation investment of $65,000, the women now have a sustainable source of income and an enhanced sense of dignity.

In the rural Baixada Maranhense region in the northeast Brazil, the Instituto Comunitário Baixada Maranhense supports a programme of agroecology for young people who would otherwise follow their neighbours as migrant labourers. Small seed grants, along with advice and technical assistance, help the institution introduce new agricultural practices and demonstrate the effectiveness of sustainable approaches to income generation. The community foundation has to raise the financial resources to make grants, but as Ashoka’s Regina Cabral has observed, it has the evidence to conclude ‘small things can make livelihoods better’. Rural youth groups also participate in drama and sport as well as using community IT centres. 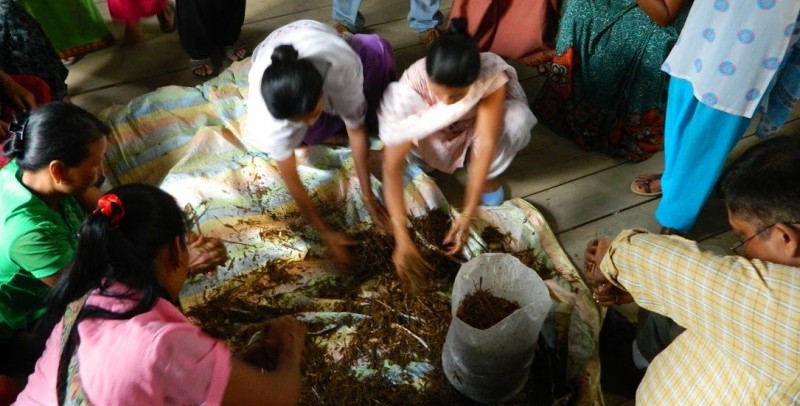 Community funds in India and Nepal help women take charge of their own recovery from disasters and violence.

From 2012 to 2014, the Foundation for Social Transformation (FST) partnered with three organizations in the conflict-affected states of Nagaland, Manipur and Assam in northeast India. The organizations engaged 300 women in leadership development and income generation, working on confidence-building and human rights awareness in regions that witness violence and unrest. The women learned to manage revolving micro-loan funds, which supported income-generating activities, including the practice of traditional herbal medicine. Workshops on human rights, gender equality and conflict analysis were organized, with trauma counselling provided, resulting in the establishment of a cross-community advocacy group, called the Gun Victims Survivors’ Association. Some members went on to contest the next election. The FST linked women in communities to broader networks as well as offering small amounts of funding. Local television channels in Manipur took up the story, broadcasting a documentary on the Gun Victims Survivors’ Association’s work.

Across the border in Nepal, Tewa has operated as a local women’s fund since 1998, building a local donor base of 3,000. Founder member, Rita Thapa, stresses the importance of local agency in a country highly dependent on foreign aid. She also believes that how philanthropy constructs relationships with women in local communities is as important as what it funds. Thapa says:

‘Understanding existing power hierarchies in Nepal, we defined how we wanted to do our grantmaking and related outreach support. The way we sat, the language we spoke . . . and our behaviour with grantees were all discussed by the staff team in great detail and defined accordingly.’

Tewa is currently working to support resilience among the rural women’s groups that it has funded over the years; it recognizes the importance of sustainability, particularly in the face of both natural and man-made disasters. The work to give voice to local women is not a project; it is a long-term process. 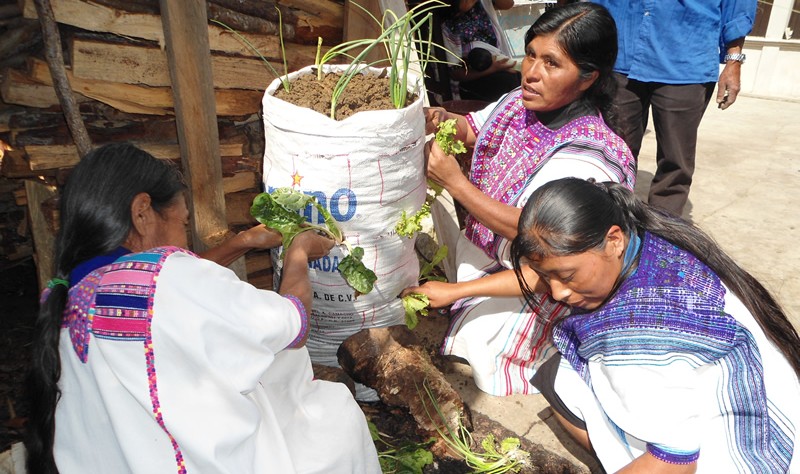 SDG Goals 13 and 14: Protecting the environment

Community philanthropy institutions in Costa Rica and Mexico work to mitigate climate change and promote the sustainable use of oceans, seas and marine resources.

In the heart of Costa Rica’s cloud forest, the Monteverde Community Fund has long focused on building resources for regional climate-change resiliency. Under the fund’s Carbon Footprint Mitigation Initiative, small grants finance distribution of solar panels and biodigesters. The initiative also funds reforestation projects across communities. The grants also support the compiling of climate information to provide a baseline understanding of concerns and of opportunities to effect change. The Monteverde Community Fund has developed a Travellers’ Philanthropy Programme to garner resources needed for a local environmental fund.

The Action in Solidarity Fund (FASOL) in Mexico has the conservation and promotion of the sustainable use of oceans, seas and marine resources in its sights. As early as 2002, FASOL, then the Mexican branch of the Global Greengrants Fund, awarded a grant to a small group in the fishing community of Cabo Pulmo, Baja California Sur, for coordination and outreach.

The fisher folk feared that plans by environmentalists would endanger their livelihood. Instead, an initial beach clean-up campaign developed into a citizen‑monitoring programme to protect the coral reef in the region’s National Marine Park. Local people came together to protect the park from poaching and the destruction of sea turtle eggs. Eventually communities created small-scale ecotourism enterprises that helped them protect and build the coral reef.

The rejuvenated reef is one of the few in the world that has fully recovered from generations of harmful fishing and industrial practices, and the Cabo Pulma group is now a respected activist in marine conservation networks. FASOL describes this development, which started with an initial investment of $12,000, as a lesson in how to support grassroots activism by seeing it as a process that takes time, but one that can result in more sustainable and better outcomes. 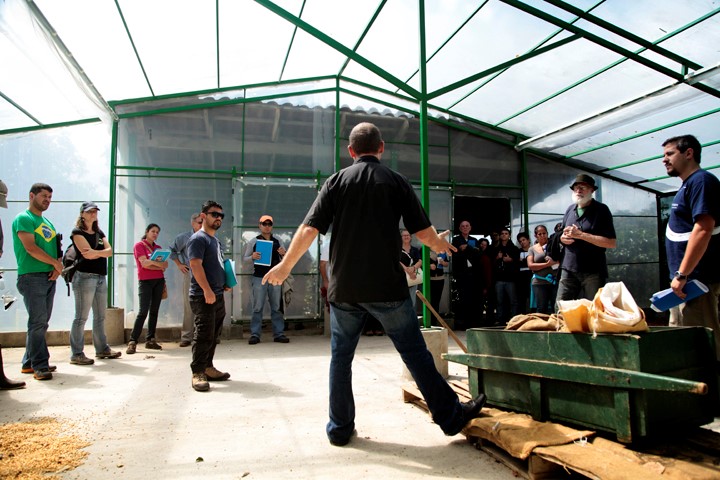 SDG Goal 16: Achieve peaceful and inclusive societies, access to justice for all and effective and capable institutions

This very broad and ambitious goal incorporates targets as diverse as reducing levels of violence and hate to developing effective, accountable and transparent public institutions.

When the peace process took root in Northern Ireland, the Community Foundation for Northern Ireland agreed to support the re-integration of 25,000 politically motivated ex-prisoners and to work with 30,000 victims/survivors of the conflict. The foundation provided small grants to promote self-organization and locally-generated solutions in unstable political circumstances. By working with, and between, local communities, it proved possible to respond flexibly to opportunities for peace-building. An advisory committee was made up of representatives from five previously opposing paramilitary groups. This met regularly within neutral space offered by the community foundation. Over time, supported inter-community initiatives facilitated exchange of views between previously antagonistic groups. Peer learning and exchanges with activists from other societies emerging from conflict were also funded as part of an extensive programme of investment to underpin conflict transformation.

In the far south of Brazil, ICom (Instituto Comunitário Grande Florianópolis) describes itself, among other things, as ‘A bridge for dialogue’. Located in Florianópolis, community foundation CEO, Anderson Giovanni da Silva, convened a planning group of more than 60 local leaders and organizations representing community-based organizations, universities, public servants, neighbours’ associations, professional associations, unions, and others to consider how best the community could participate in conversations about the future of the municipality. A total of $25,000 was raised, together with pro bono media support.

The funds were used to commission research that informed community dialogues that identified 19 urban challenges and presented them to political candidates standing in the August 2012 elections.

ICom connected the group that developed to take forward the campaign, Floripa Te Quero Bem, to the Brazilian Network for Fair and Sustainable Cities. Based on the experiences of the network, Floripa Te Quero Bem proposed a law passed by the City Council making it mandatory for city mayors to present a plan of goals at the beginning of their term in office, and to be accountable to all the citizens about their performance related to these goals, on an annual basis.

ICom made a further grant to match state university funds, to create an observatory that gathers information to support civic groups in their task of holding the city authorities to account. There are now regular citizen debates about the future of Florianópolis and the delivery of essential services.

Avila Kilmurray is director of policy and strategy for the Global Fund for Community Foundations.  Email avila@globalfundcf.org