It’s worth it: Local resource mobilization in the Global South and East 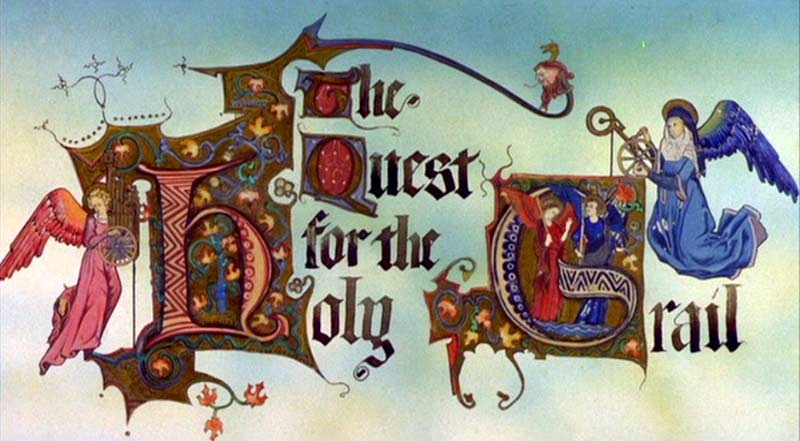 Scholars have a reputation for raising more questions than they provide answers. King Arthur does this in the Monty Python film with spectacular results. He crosses the Bridge of Death while the bridge keeper falls into the abyss. However, in real life, when scholars consistently fail to answer practical queries, they risk losing funding for their research, candidates for their educational programmes, and even legitimacy in the eyes of society. In this context, the basic enquiry of this Alliance special feature is particularly relevant. Can the emerging field of philanthropy scholarship provide value for policy and practice? 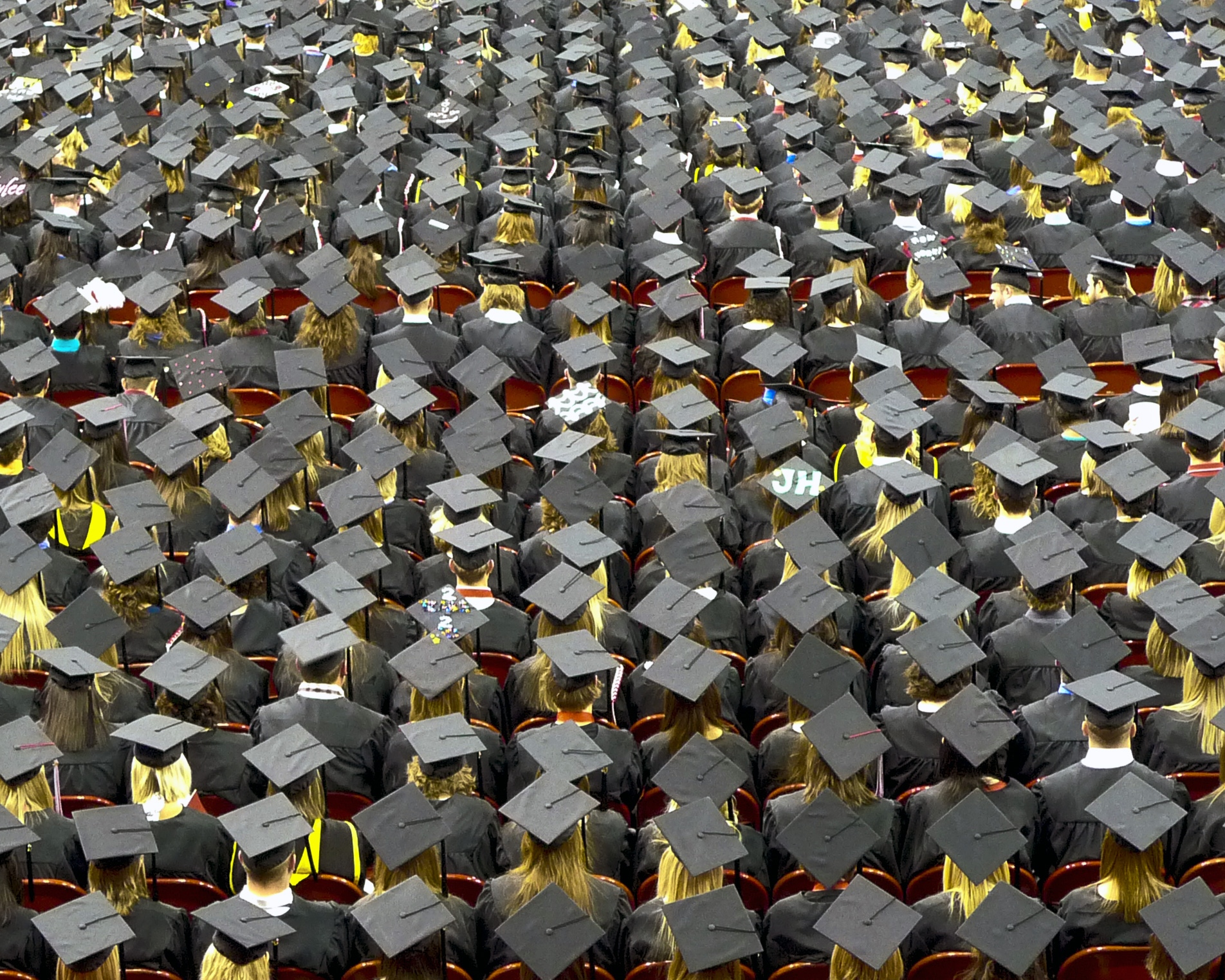 A global mapping of the field shows that, though far from mainstream, it has bloomed modestly in recent years. Stable, even durable initiatives for research and/or teaching on philanthropy, formerly limited to a few, mainly Anglo-Saxon, countries are now appearing all over the world at different educational levels, from undergraduate to executive training, and some use truly innovative approaches.

One obvious reason for this expanding scholarly ecosystem is the overall growth of the field of philanthropy. The volume of non-profit organizations has tended to grow globally, wealthy donors are becoming more numerous and affluent, volunteering is increasing in many countries, and philanthropic commitment in general has been facilitated by technology, allowing citizens to participate in public good initiatives anytime, anywhere, just one click away.

The improved impact of some of the traditional journals of philanthropy scholarship has encouraged new scholars from different disciplines to enter a field that was formerly perceived as offbeat.

Secondly, the new elites that contribute to funding philanthropy scholarship’s expansion are inherently global and tend to replicate in their own countries the initiatives they perceive as successful. Academic interest in philanthropy follows a similar emulative path.

The improved impact of some of the traditional journals of philanthropy scholarship has encouraged new scholars from different disciplines to enter a field that was formerly perceived as offbeat. This reinforces existing scientific societies and stimulates the creation of new knowledge networks, sometimes resulting in new publishing outlets.

It seems clear then that philanthropy scholarship has successfully grown from the inspirations and prompts of the lone, US pioneers, to a point where it is attracting global notice, with a small but brilliant constellation of specialized courses, academic centres, research projects and publications worldwide. Half-empty glass fans would argue – and not without reason – that some of these centres have a hard time finding sustainable models of operation, research data infrastructures are really poor in most countries, and the teaching of philanthropy remains at the margins of the higher education curricula. However, academic legitimacy of the field of philanthropy scholarship is – happily enough – now taken for granted.

Back to our opening question, the answer provided by this special feature is yes: philanthropy scholarship clearly has the potential to inform practice and policy so that societal wellbeing is enhanced and positive change achieved. The next question is how can we make this happen? This special feature suggests two possibilities and also documents some successful experiences of knowledge transfer that may serve as prototypes for bridging the divide. 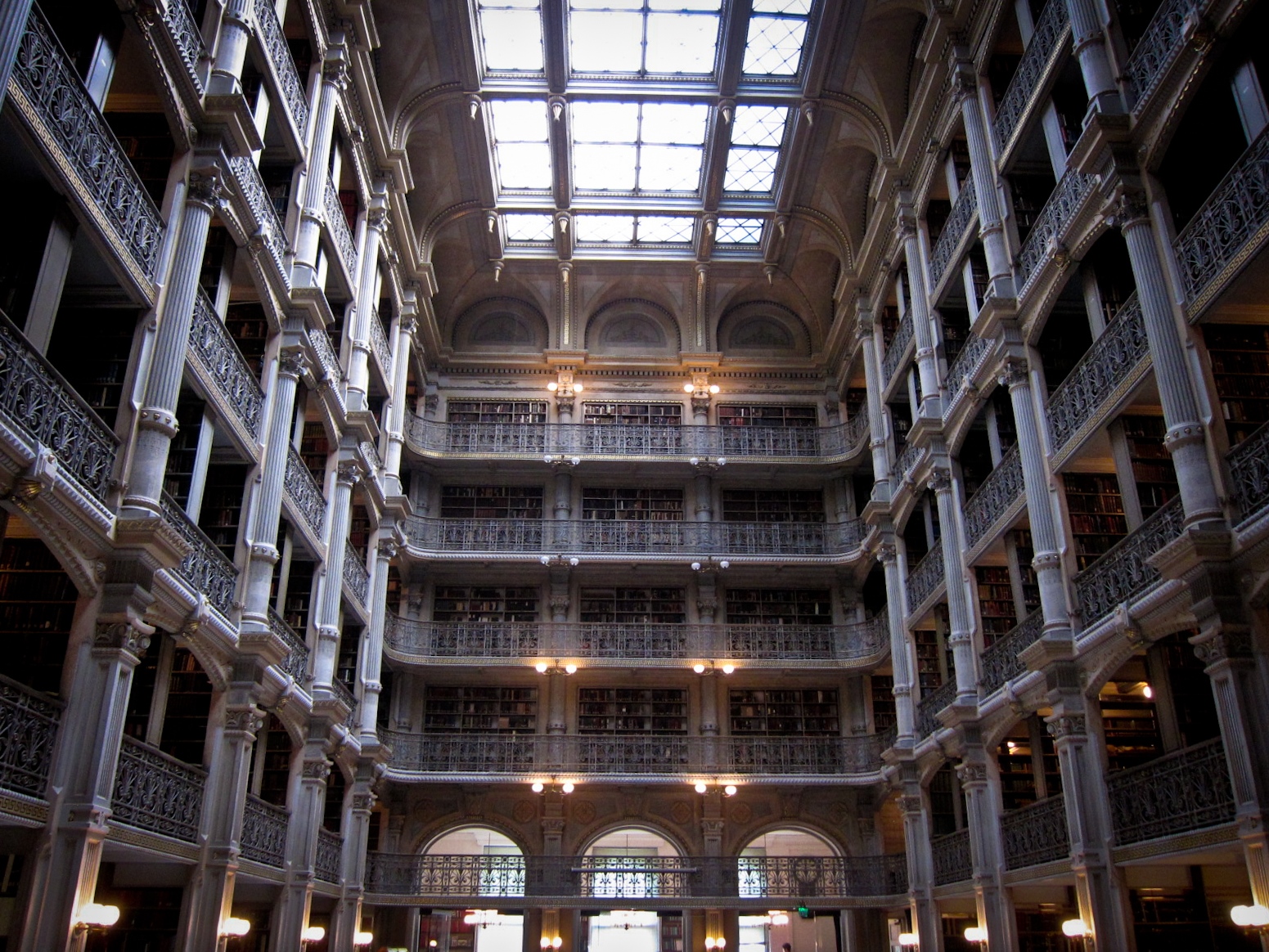 The first relates to the strategic value of scholarship for enlarging civic engagement in public issues. Civic engagement tends to be low in countries where the philanthropic tradition is weakest – due to lack of social awareness, public distrust, weak institutional incentives or democratic deficits. In this context the emerging credibility of philanthropy scholars is key to advancing the legitimacy and extent of the practice of philanthropy.

This is precisely the point made by Jacqueline Butcher and Michael Layton from Mexico, where the sponsorship of the subject of philanthropy by prestigious academic institutions has been key to making an emergent civil society visible, reinforcing the position of infrastructure organizations in the eyes of policymakers, and attracting more private resources to public causes.

The second bridging process relates to the instrumental value of scholarship for existing civic engagement initiatives. Knowledge from philanthropy scholarship has the potential to inform all types of private initiatives that aim to create public good so that they become more efficient and effective.

These comprise giving and fundraising for social causes, social investment, corporate social responsibility, social entrepreneurship, volunteering, and the governance and management of all types of non-profit organizations, including charitable foundations. 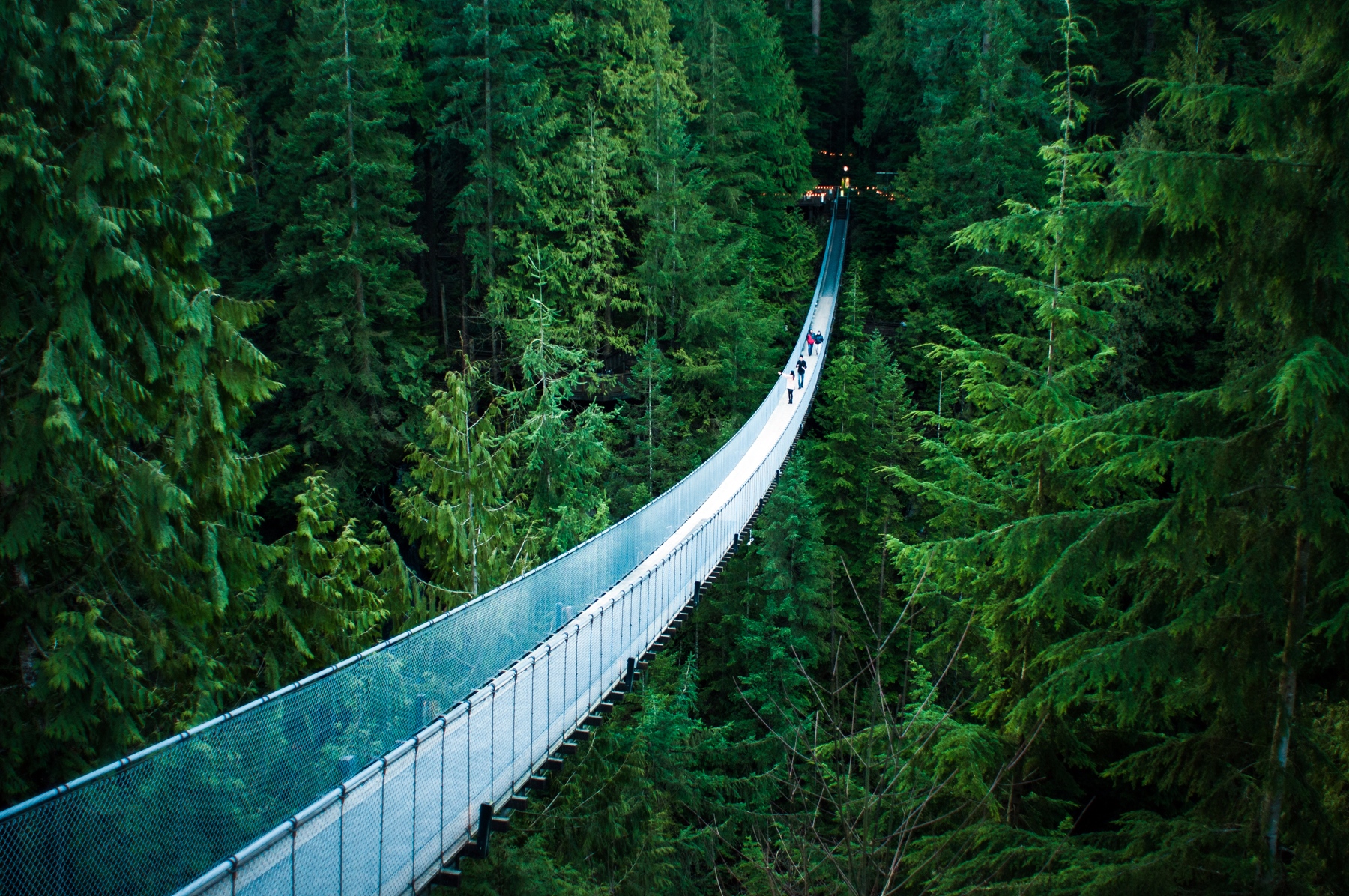 The study of philanthropy can bridge the divide between theory and practice. Photo credit: Michelle Lee.

On the one hand, as Paul Ramsbottom signals, the experience of the past can provide current philanthropy with context, empathy and the capacity to spot trends. On the other, the application of entrepreneurial skills to philanthropy can help donors become more strategic in their decisions. The idea is that donors – including new categories such as digital tycoons and millennials – tap existing scholarly research so they have a wider pool of knowledge to draw on than simply their last conversation.

Magdalena Aninat and Steffen Bethmann share the nascent efforts in Chile along those lines. Greg Witkowski reflects on the capacity of US higher education institutions to provide effective responses to young people with a digital, global and change-making mindset through new educational programmes that apply this new understanding of philanthropy as enterprise for social transformation.

There are other interesting models, too. Hilary Pearson and Jean-Marc Fontan introduce a national partnership for catalytic philanthropy in Canada, which involves the country’s two philanthropy infrastructure organizations and a broad network of academics in a coordinated effort to exploit the opportunities that digitalization, demographics and diversity offer for greater philanthropic impact and for synergy with public actors.

Georg von Schnurbein and Beate Eckhardt from Switzerland present a different model, where the national association of foundations created a competition between universities on a new research and teaching centre that, opened in 2008, now has a consolidated reputation in both academia and practice, achieved through a sustainable business model and a good governance structure. Other contributions – most notably Judith Symonds’ – reinforce the idea that intertwining research evidence with practitioners’ experiences in philanthropy teaching delivers extraordinary educational results.

These successful prototypes empirically support the main idea advocated by Tracey Coule: collective impact strategies involving academics and practitioners are the most straightforward way for rigorous scholarship to deliver benefits that are relevant for practice and policy. These strategies require a shared language and fluent communication between all stakeholders involved, so that the goals, expectations and measures of success are clarified and shared, as suggested by the Swiss case.

What’s next? I would like to make a couple of reflections here. First, there is still plenty of room for mimetic pressure to do its job. René Bekkers’ research-minded appeal on the dire need to collect new, better and more comparable data, even if it takes organizing a country beauty contest, reminds us of the importance of global performance assessments in contemporary society. Countries, organizations and individuals – be they in a funding, academic, policy or practitioner role – tend to assess and compare their own performance relative to their peers around the globe.

The convening role played by actors such as Alliance in identifying and making visible the best bridging practices is key to stimulating emulation, competition and more synergies between the scholarly and practical realms.

Second, maybe it is time for scholars to pay more attention to philanthropy as an independent variable. There exists rich and useful knowledge on the ‘what’ and the ‘why’ of philanthropy, describing the complexities of this fascinating phenomenon across cultures and moments of history, and exploring the intricacies of its motivations and determinants.

However, as we advance in the social value chain, the different processes in which philanthropy creates value become less clear, and its ultimate impact on other spheres of human activity is as under-researched as it is controversial, as Theda Skocpol’s contribution on the influence of subsidized philanthropy on partisan politics in the US argues.

The opening of new agendas of critical scholarship on the effects of philanthropy on policymaking, the economy and society – including its impact on beneficiaries and broader communities – will undoubtedly broaden the practical appeal and implications of the field.

Practitioners and policymakers want to know what is there for their own business in improved knowledge about philanthropy: how to attract more philanthropic resources, how to better govern philanthropic institutions, how to more efficiently or effectively manage philanthropic ventures, which advantages does philanthropy offer relative to other paths towards achieving socially valued goals, or how does philanthropy influence the achievement of other economic, social or policy goals.

Answering these questions requires scholars to carefully listen to ‘real world’ concerns, to translate such concerns into viable research questions, to address them rigorously, and to report back on the results in a way that can be understood primarily by those who will use the answers to solve real problems.

Although researchers need freedom to keep asking more, only returning more questions than answers, or just unintelligible answers, is likely to result in frustration and futility. The idea is that all involved – donors, scholars, practitioners and policymakers – manage to cross the bridge in conversation together. In this way scholars can keep answering questions with more questions, while at the same time respond to practitioners’ own queries.

Marta Rey García, PhD is associate professor at the University of A Coruña and guest editor of the Alliance special feature. Email martarey@udc.es

What do we mean by philanthropy studies?