Can we do better in Haiti? 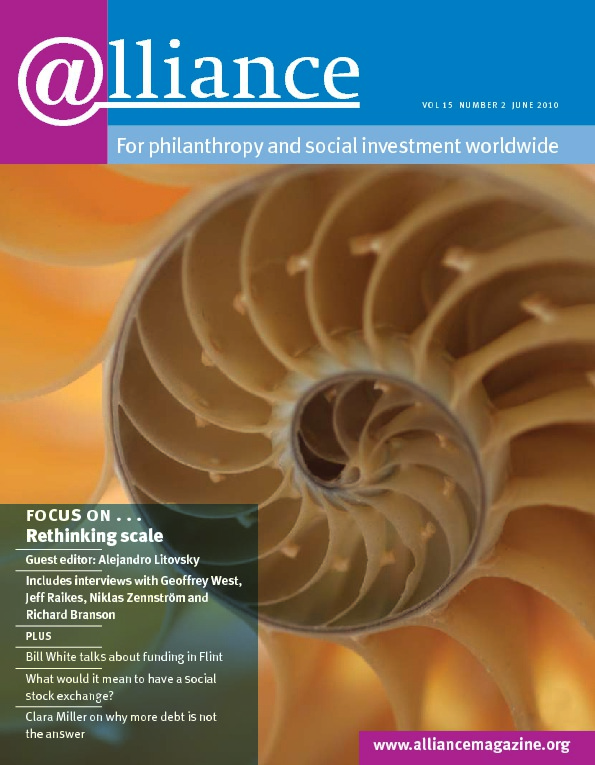 IVR: giving clients a voice in microfinance…and beyond?

If you look at some of the key figures for the Asian tsunami and the Haiti earthquake, orders of magnitude are surprisingly similar: around 300,000 dead or missing; 1.8 million and 1 million (respectively) displaced or homeless; $11 billion and $9 billion pledged. But what is the single most significant predictable difference in the response to these disasters? I suggest it is ‘density of aid agencies’ and (worse) its ripple effects. This means that lack of coordination, low absorptive capacity and turf wars among aid agencies will all be even more problematic in Haiti.

The area devastated by the tsunami being around a mile deep over thousands of miles, the $11 billion committed to reconstruction were spread over a corresponding area. Moreover, they were shared among four countries, none anywhere near as fragile as Haiti. Two of the ‘multibillion-absorbing countries’ are graded the fourth (India) and the 23rd (Thailand) largest economies in the world, while Haiti ranks 134th.

With the swarms of NGOs involved in both emergencies, coordination quickly became crucial. ‘Clusters’ were formed and all manner of efforts made to avoid the duplication of assistance and more generally ‘development-stifling’ humanitarian ‘overkill’. As far as the tsunami is concerned, the record of response, by states and the UN as well as by NGOs, is mixed. If that is the case in far better circumstances, can a similar concentration of funds and actors in Haiti be better, or can it only be worse?

Arguably, never in the history of humanitarian intervention has the imbalance between needs, absorptive capacity and funding been so great. Like water, financial resources always find an outlet: applied judiciously, water can turn a desert into a breadbasket; applied according to firefighting protocols, it will drown existing vegetation. Of course, floodwaters eventually evaporate. So do funds. As many old hands of disaster relief operations will privately acknowledge, blindness towards the absorptive capacity of the environment leads to evaporation of financial resources.

The problem of course is that absorptive capacity is not precise, and it is therefore difficult to build into reconstruction plans. But signs of its being exceeded are clear, turf wars being the clearest ‘early warning signal’ of funds exceeding absorptive capacity. The greater the recognition of some authority, the less scope for turf wars, which are thus the clearest sign of an absence of authority – or rather, an absence of coordination, since ‘authority’ is a dirty word in development circles. ‘Coordination’ is the mantra signifying that a significant degree of efficiency can be reached through distribution of tasks without authority. The need to believe in this mantra stems from the fact that none of the key actors will recognize anybody’s authority.

Turf wars result from the over-concentration of humanitarian actors who all want to deliver the most cost-effective services to the greatest number of victims. At least, that’s the official ‘line’. A more cynical view is that the aim is to grab early on the cheapest slice of the most poignant beneficiaries in order to prove both big-heartedness and cost-effectiveness.

The problem is a systemic not an individual one, stemming from faith in the positive effects of competition in all circumstances. It doesn’t need a Harvard PhD, however, to understand that whatever the size of available funds, the greater the number of independent operators in a limited area, the more friction between them is inevitable. In the medical field, for instance, 20 decision-making operators in Port-au-Prince can be coordinated, 270 (as was the case in late February) cannot. The question is not about numbers of medical staff but number of entities (NGOs and others) needing to assert their own existence by distinguishing themselves from the rest.

Since turf wars are caused by competing claims, the solution must lie in delineating the turf. A ‘first come, first served’ situation being impossible to avoid initially, a ‘sprouting spontaneous humanitarianism’ might be allowed to thrive for a hundred days, despite its perverse side-effects. Thereafter, all organizations should assume a Task and Territorial Responsibility (TTR) for a given and renewable period, say two years. 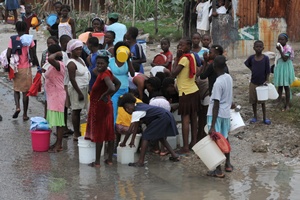 The benefits would be many. Geographical and functional overlap would be far easier to spot and therefore easier to avoid. State structures would have at most a dozen partners for key areas (water, food, shelter, education, health, etc) rather than battalions of competing NGOs. TTR holders would be free to work in association with other NGOs to better serve populations concerned. However, ultimate responsibility would be clear. An accompanying compulsory peer review system would complete the TTR scheme, together with the quarterly publication of the names of the 5 per cent of operators ‘most needing to improve’. Finally, since clearer responsibilities must also imply eased access to means, and since most UN bodies are also fund providers, a set amount (say 25 per cent) of a TTR holder’s budget should be allotted by the UN.

Who decides on TTR allocation? In principle it should be a mix of local state representatives (typically mayors) and the UN. I can already hear the protests of the NGO world. Let’s not forget that most, if not all, of the most reliable field operators will be on the ground within the first three months and thus will have track records obvious to local state structures.

Priority for organizations already active in the area

A further ground rule, which should apply to Haiti in particular, should be that TTR priority applicants are organizations active in the area prior to the disaster. One of the greatest absurdities of disaster situations is the discrepancy between the enormous credit (which often translates into easier fundraising) gained by those arriving the fastest after the disaster, and the lack of any such thing for those operating programmes long before.

Worse still, those already involved (often in high-quality programmes) are often punished for their long-term endeavours: reducing them to rubble sometimes seems the priority of  big-booted  emergency crowds. Should anyone doubt this assertion, a collection of cases is available behind closed doors: even writers of articles in Alliance are subject to omerta. Breaking this conspiracy of silence would be one of the side-effects of TTR, since it would reveal (not induce, reveal) underlying inter-agency frictions. However, friction can produce light as well as heat. If these revelations lead to greater openness, it is surely worth putting up with whatever temporary resentments they produce.

Do people value what they receive for free?