10 families join Giving Pledge, but how much do Pledgers really give?

According to a new report from UBS and PricewaterhouseCoopers, the 2015 Billionaires Report, Billionaires: Master Architects of Great Wealth and Lasting Legacies, the world is in a second ‘Gilded Age’ of great wealth, and many of today’s billionaires, like their early 20th-century predecessors, view philanthropy as a way to establish their legacies.

Ten individuals and families have just agreed to sign the Giving Pledge, thus committing themselves to giving at least half of their wealth to charity. The number of donors and families committed to the Pledge now stands at 137. 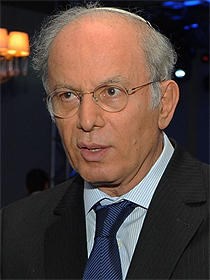 Those who just pledged are:

But how much do Giving Pledgers actually give? Bloomberg has examined how much has gone to charity from the estates of signers who have died. Fulfilment of the pledge, which is not legally binding, varies widely among the 10 deceased billionaires among the 193 signatories. Some have given far less than half of their estimated wealth, according to public disclosures of their lifetime and estate giving.